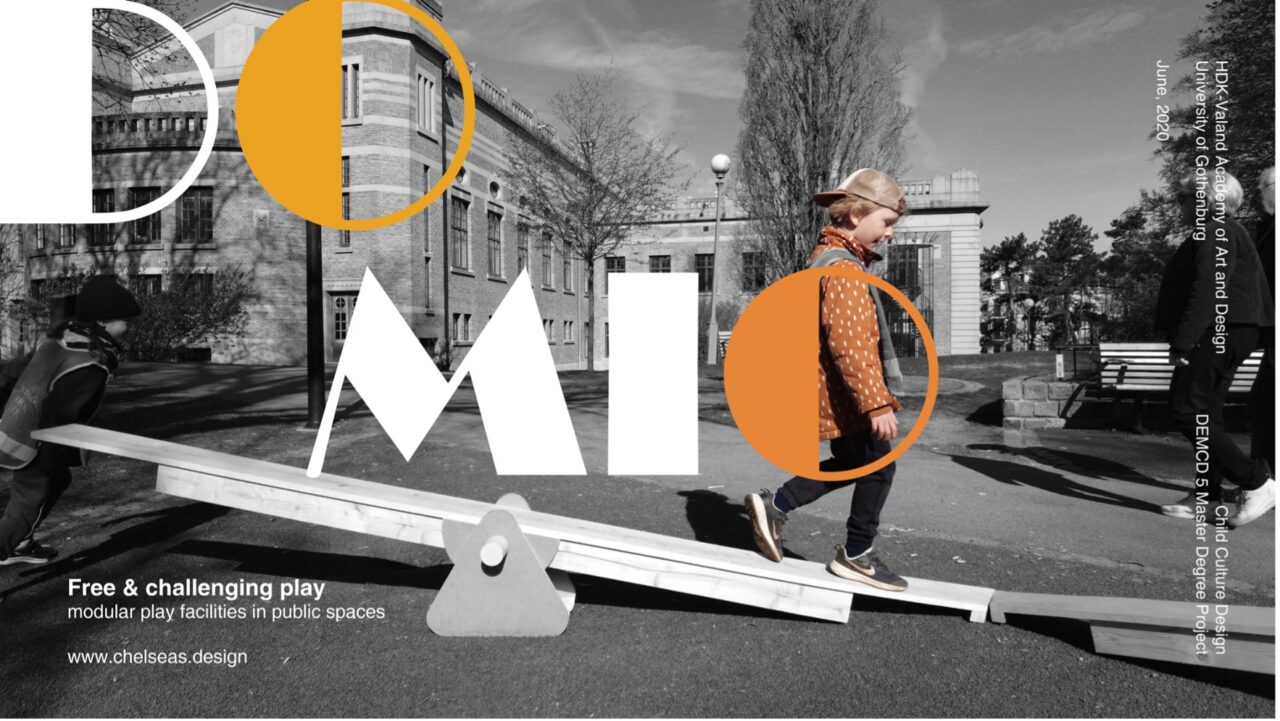 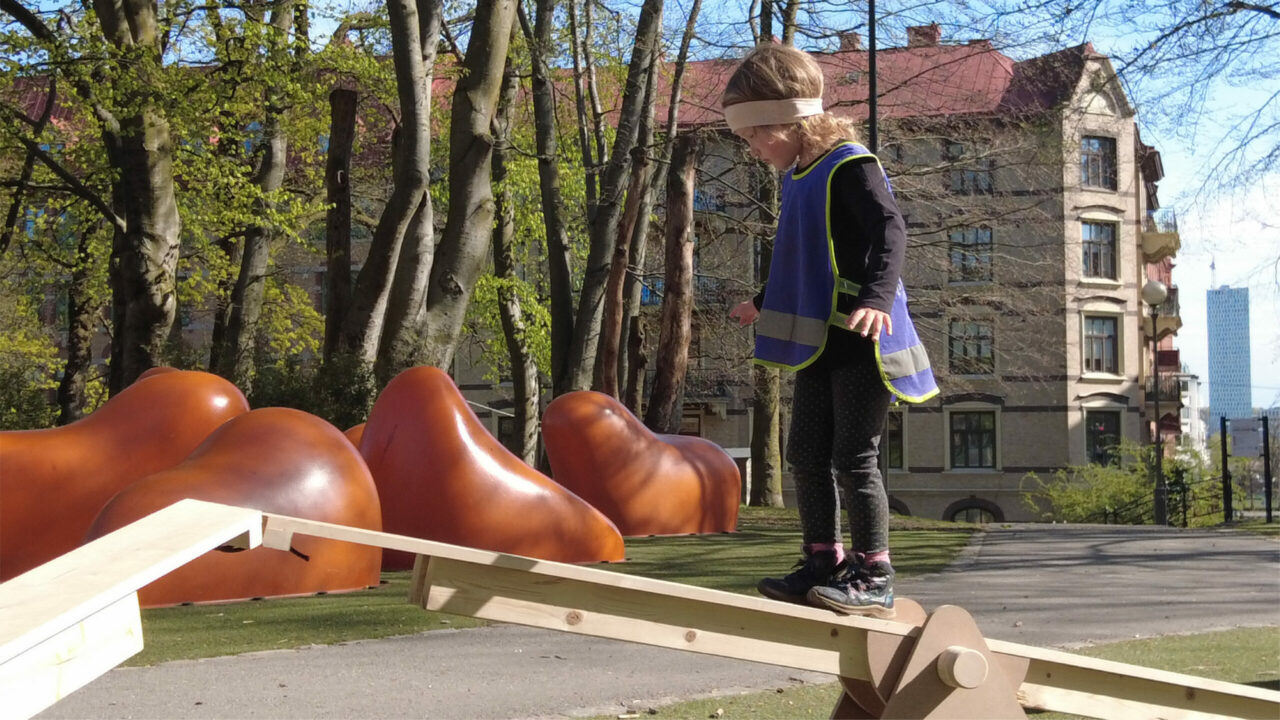 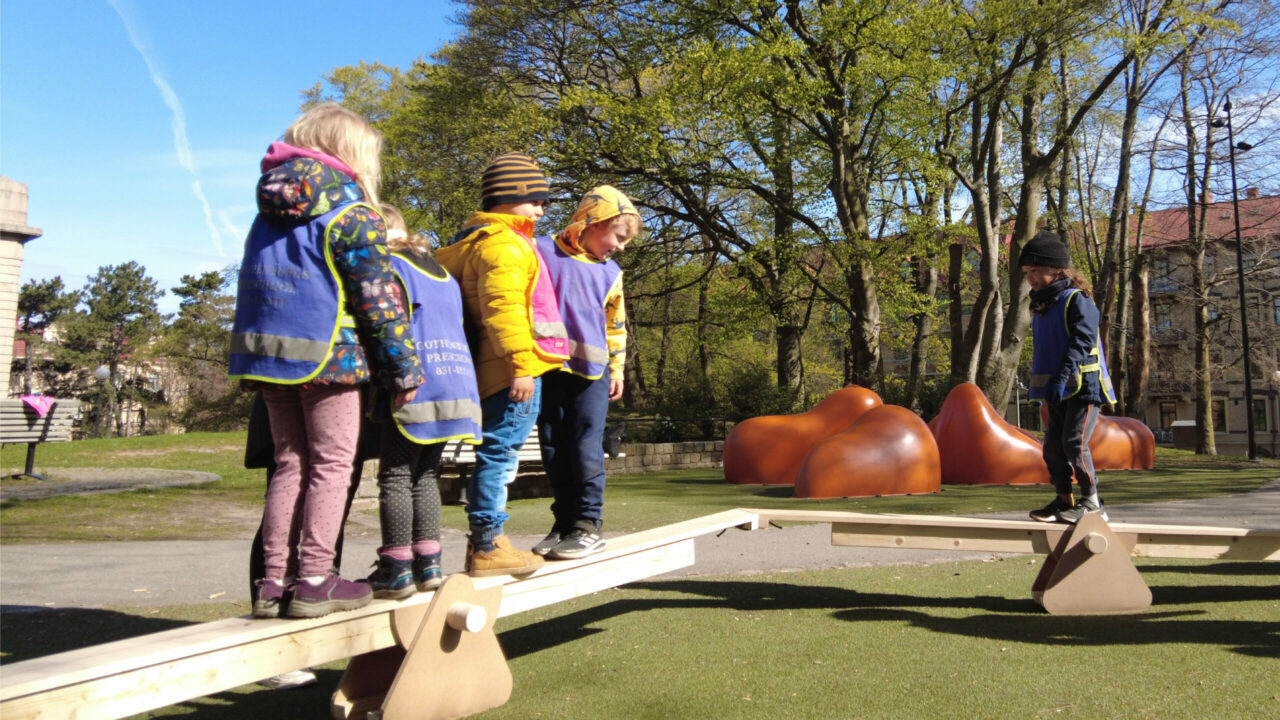 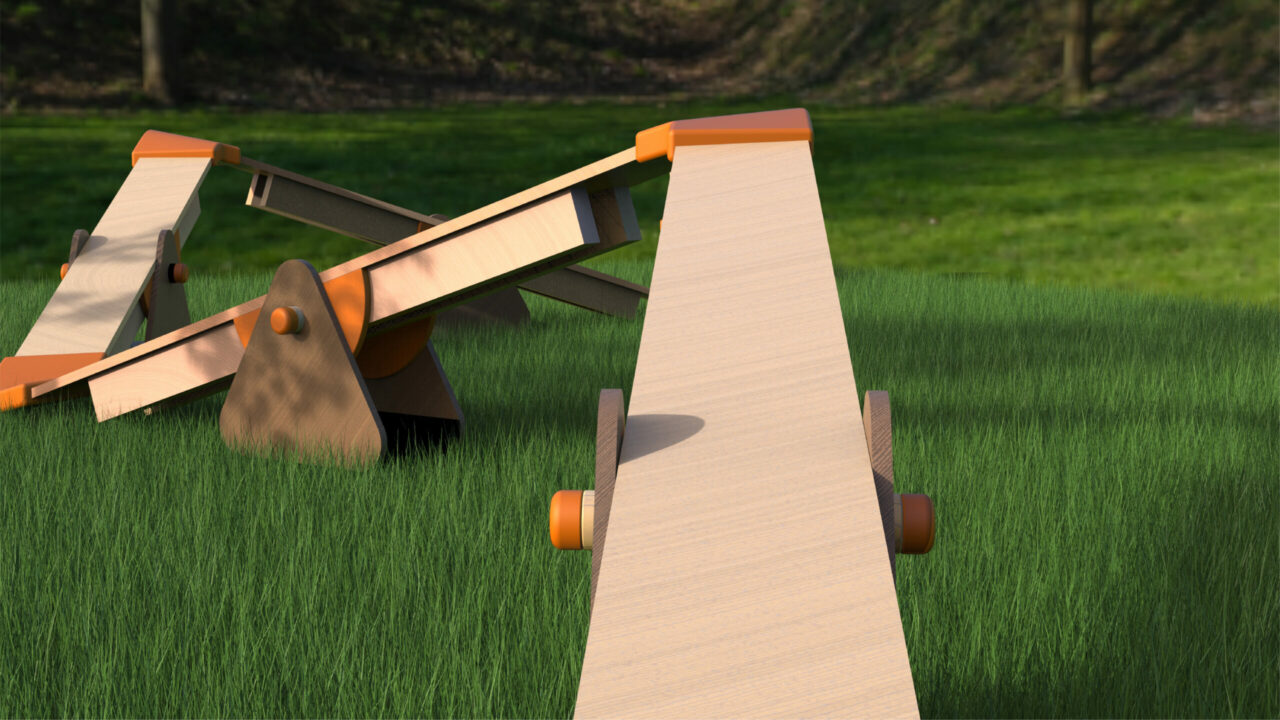 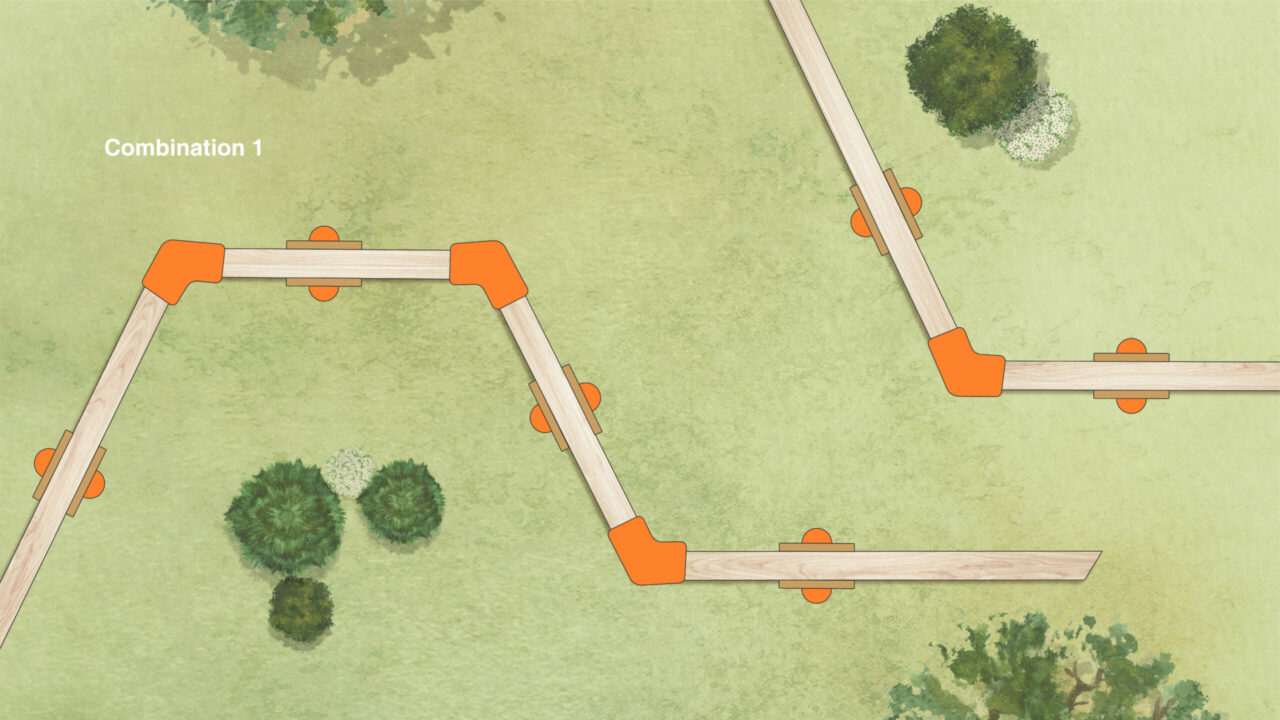 Risky elements in play are of great importance to healthy child development. They are naturally attractive to children especially at the age when their athletic performance is developing at a rapid pace. While in many traditional children’s areas, because of safety concern from adults, play facilities that are restricted by strict construction rules tend to homogenize. This project is located in the area between experienced challenging feelings and the actual risk of injury, in order to discover more design possibilities for children playing in public spaces.

Design settings and space arrangement of this project can be generally described in a public children’s area. Domio is one of the possible concepts to encourage children to develop and explore their control over challenging situations and have fun. It provides children with freedom to choose the challenging level they are willing to try and a space to observe other players as well as react to their movement. Adult are also welcomed in this game. They can help to add another layer of challenging.

The ”challenging elements” in this activity do not include an obvious intent to be in physical danger. Instead, it opens up an in-between area to discuss how children behave in different levels of challenging items; how they interact with each other in this situation; and what influences them to make a decision when facing a challenging task…These questions are not only important to children themselves, but also crucial to adults who are involved in the activity, especially parents and caretakers to acquire a better understanding of challenging play from children’s perspective.

In terms of product functionality and structure, Domio is designed to be modular, offering a diverse portfolio of options for playground planners or individual users. The planners are free to combine the modular facilities according to their own plans and the actual environmental conditions.

Mechanically, the Domio is indeed very similar to a normal seesaw, in that they both create a constant, non-stop movement by supporting the two ends of a long board. However, in terms of function and play experience, they differ in many ways: First of all, the seesaw has only one board and one pivot point, and two seats have been fitted at each end. The design communicates very clearly how it is to be played: i.e. the player is supposed to sit at both ends and change balance through the difference in weight. While Domio consists of a number of boards of varying lengths, the ends of which are linked together to form a community of movement. Beyond this, the appearance of Domio does not point to a specific way of playing. Players can stand, sit, climb or even run and jump on it. Secondly, Domio creates a more open environment for players to communicate and create than a normal seesaw. Domio welcomes more people to join the game, which adds more playability to the game. At the same time, the project encourages players to try out different levels of challenges with their peers. They need to observe each other during the game, communicate and collaborate with each other, and they can also create their own rules for the game.

The project can be used not only in playgrounds, parks and schools, but also in indoor children’s areas such as exhibition halls, museums and child corner in libraries. In addition to play purposes, the project can also be used as an aid for educational purposes such as physical and attention training for children.

Based on the concept, I made a series of 1:1 prototype and put them at Vasaplatsen for two weeks. I invited two groups of children of different ages to do two workshops, one per week. As my design was intended for an outdoor children’s place, a minimum playable age needed to be defined. The whole workshop was divided into two parts, the first part was a free exploration where the children and the teacher could play as they wished according to their understanding. They can use this to get familiar with the prototype and the environment, and some new ways of playing can be discovered without even thinking about it. The second part was a small activity where the children were asked to get on the prototype one by one and then go down one by one. Through this process, I wanted to systematically observe how children of different ages maintain balance in such situations and how they interact with each other.

Seeing children play and create with Domio in Vasaplatsen encourages me to push the project further into reality. I plan to pitch this project to relevant government programs and companies, trying to get some support and possibilities to cooperate. Also, it is crucial to do more test with children by using different combinations of Domio modules in further development.

I sincerely appreciate the support from the two preschools: abc all about children and gothenburg preschool, all the students who gave me lots of hugs and smiles. I am externally grateful to meet all kinds of children and teenagers in Vasaplatsen who offered me the passion to continue improving my design. None of this would have been possible without their help.

I want to thank my tutors and fellow students who gave me feedback, helped me with testing and prototype making, and most importantly the courage throughout the whole design process. I also want to thank Ulrika who kept providing me with an outside perspective to look at my project.