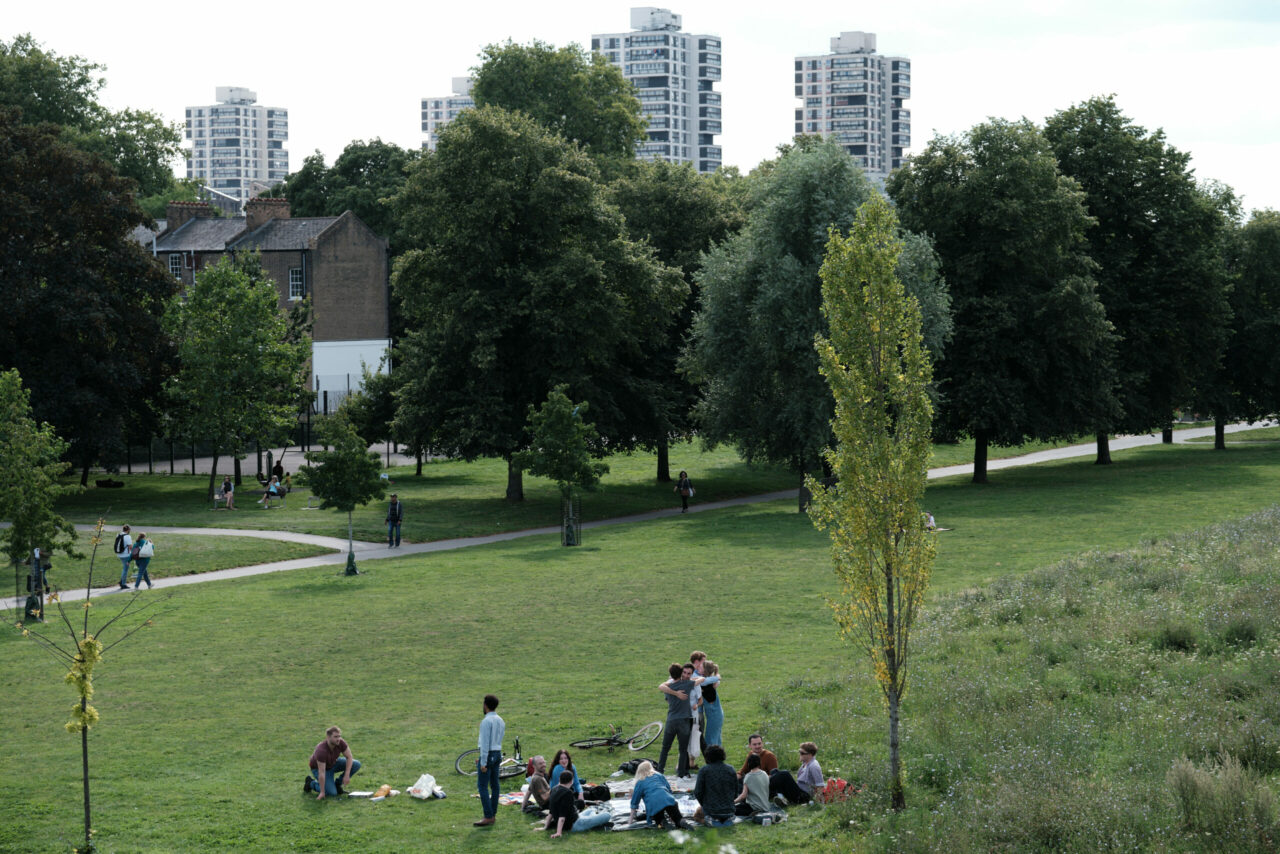 Shot in south London’s sprawling Burgess Park, Green Space takes a cast of dozens and a solitary camera position to tell six intersecting stories. In these banal tragicomedies, private moments become suddenly, violently public. An unconventional approach to public urination shocks onlookers. A flirtatious personal trainer tests the limits of his client. A birthday barbecue goes awry. An anxious father embarrasses his errant daughter. And, during all this, an overbearing filmmaker (played by the writer-director) interferes while attempting to document the real life of the green space. As Jane Jacobs wrote: “You can neither lie to a neighbourhood park, nor reason with it.”

Jamie Fraser (b. 1992) is a filmmaker from the UK. He was raised in Scotland, Brunei and France. After reading English Literature at the University of Cambridge, he began his writing career in stand-up and sketch comedy. His first short film What In The World played BAFTA-qualifying festivals in Los Angeles, Sydney and London. Jamie is now in the final year of his MFA in Film at Gothenburg’s HDK-Valand Art Academy.

Jamie’s work looks at invisible connections between people and makes them visible – in dark, humourous and uncomfortable ways. As a filmmaker, he is interested in self-presentation, miscommunication and embarrassment. In the case of his latest short film, Green Space, his research began from a longstanding interest in architecture, and how urban spaces affect our social character and behaviour.