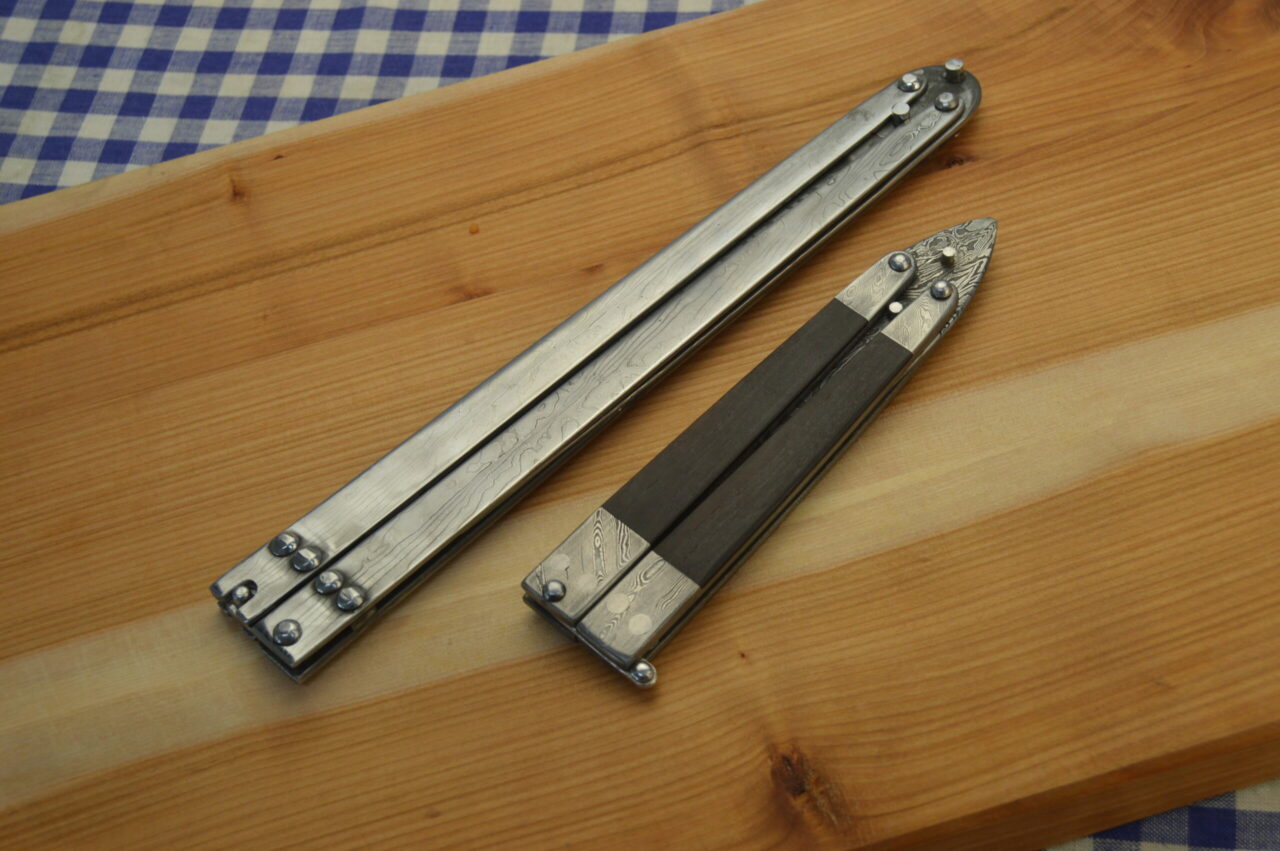 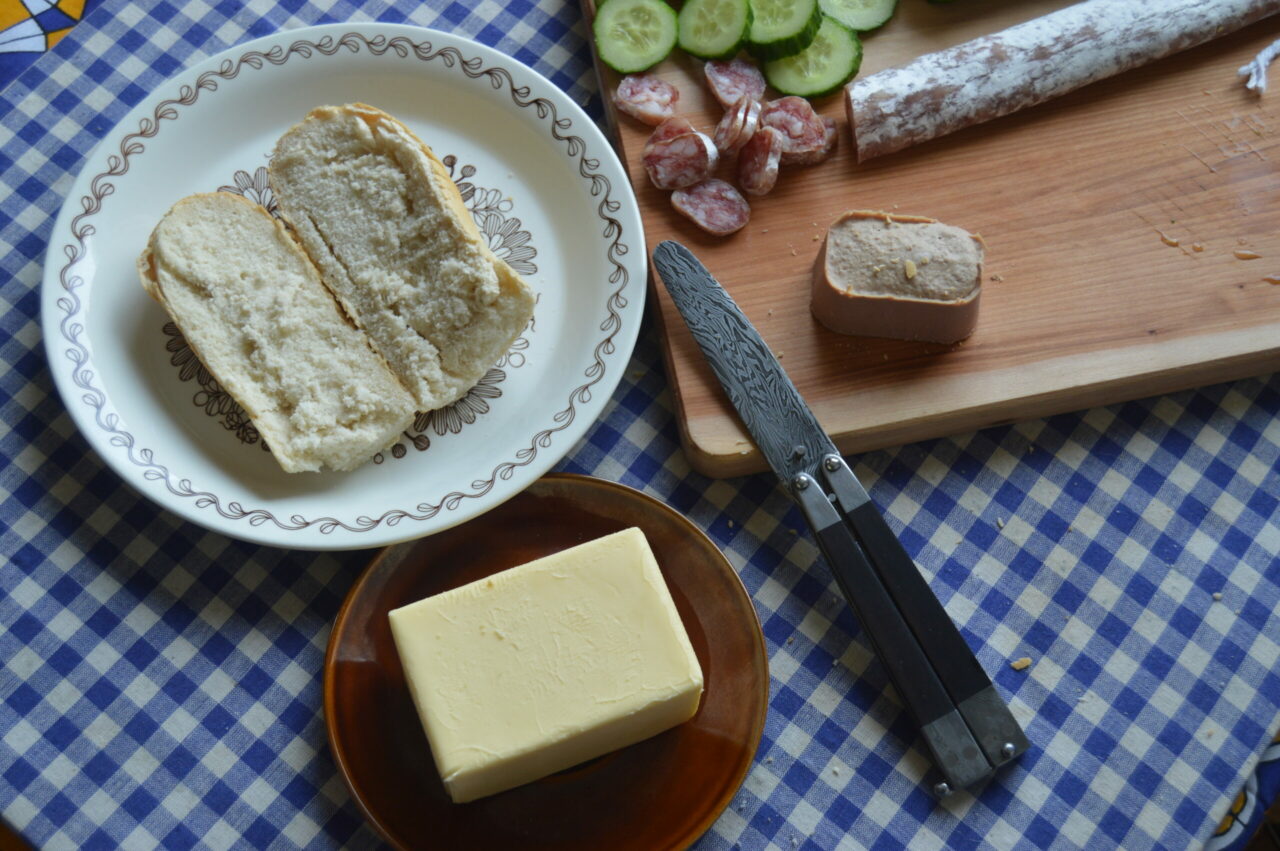 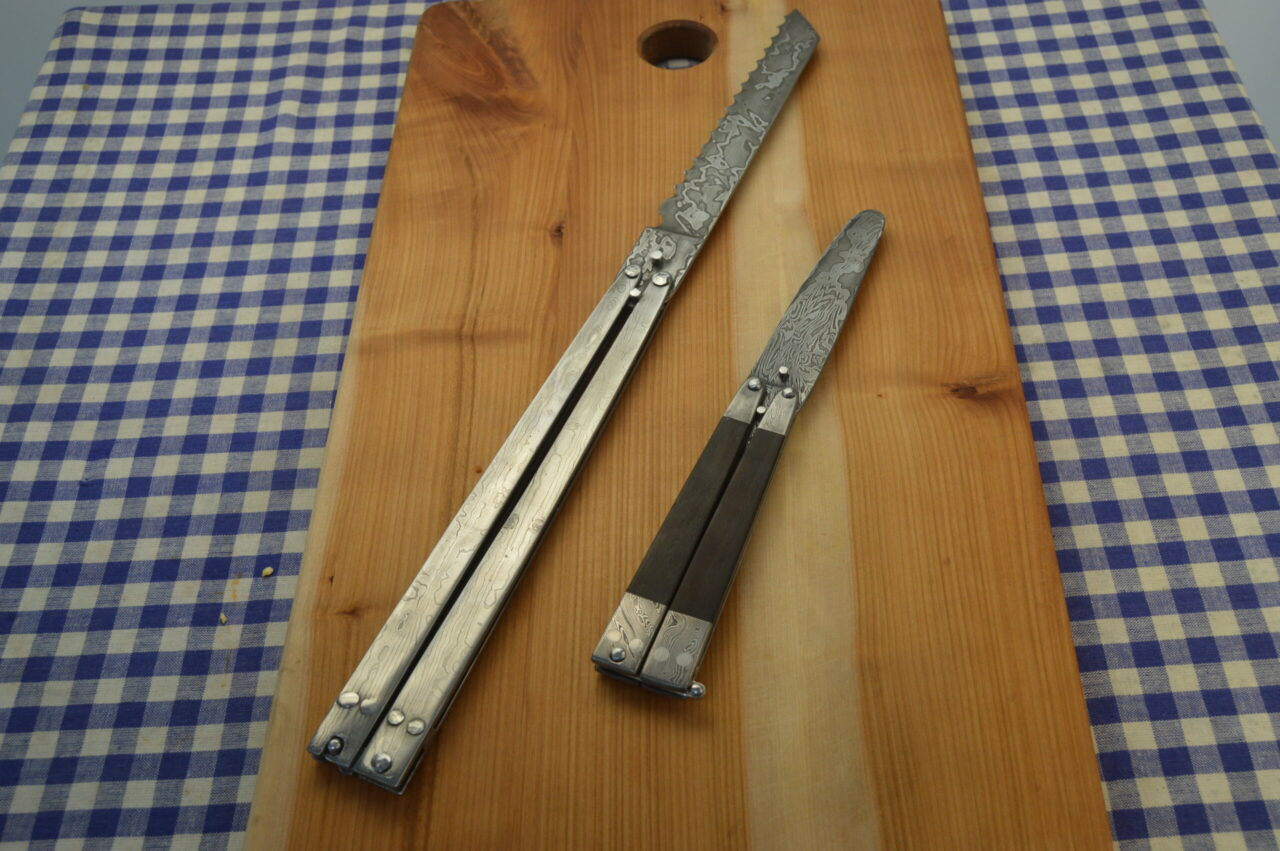 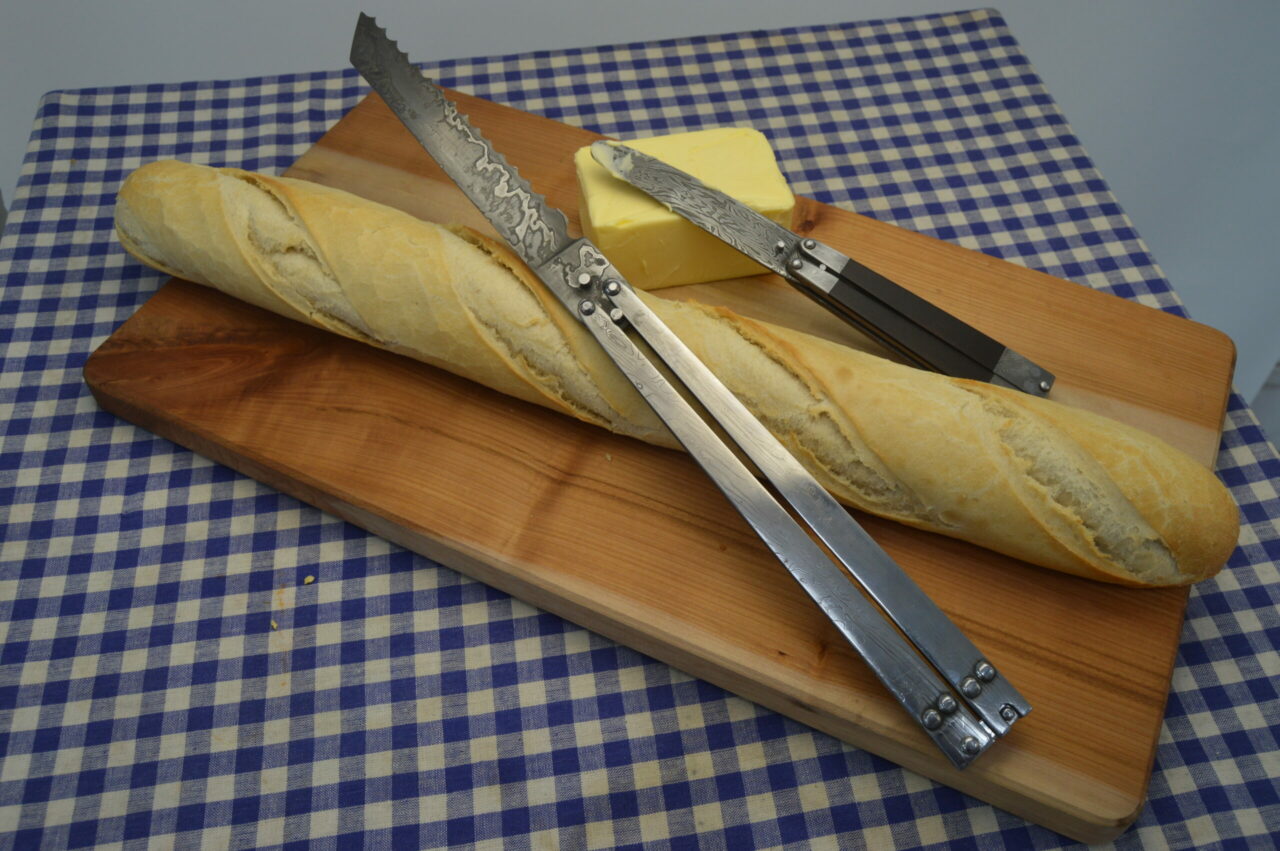 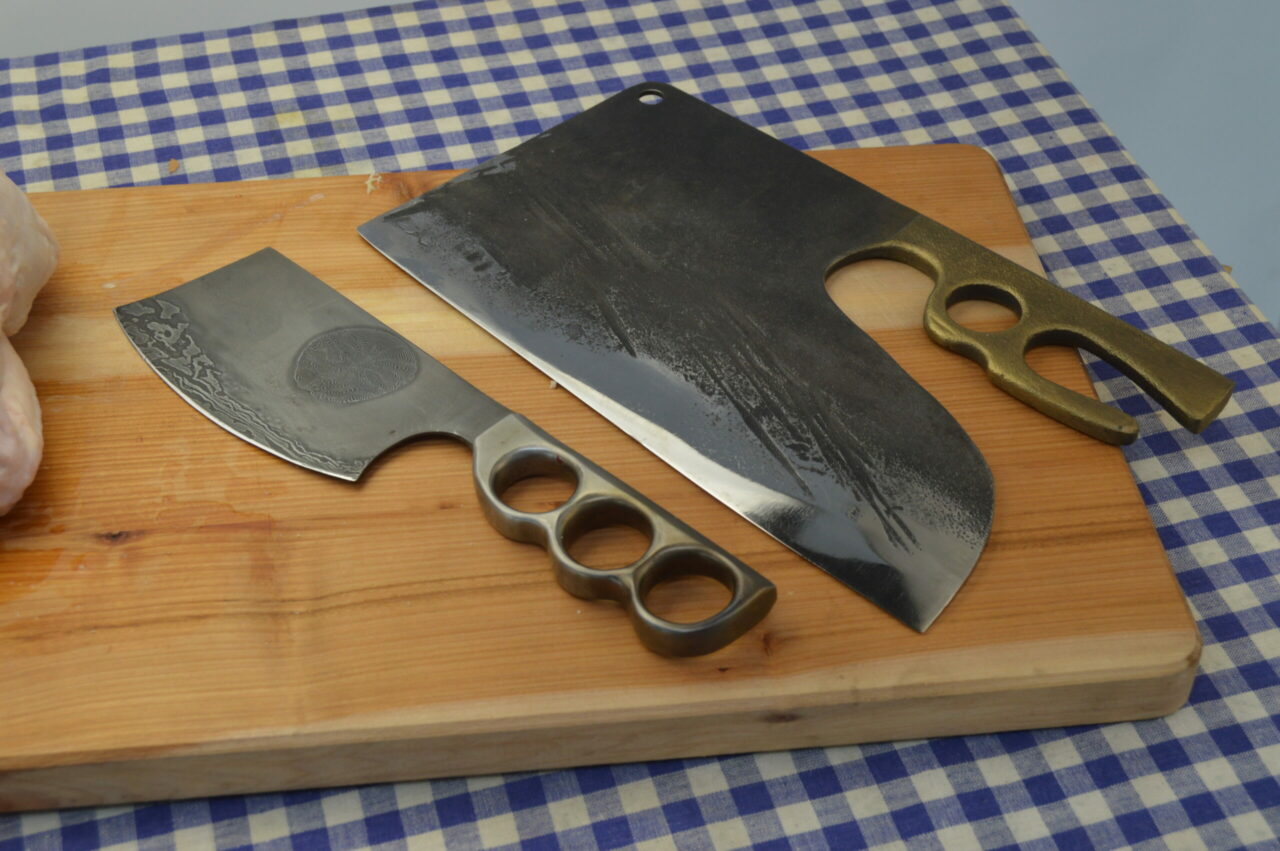 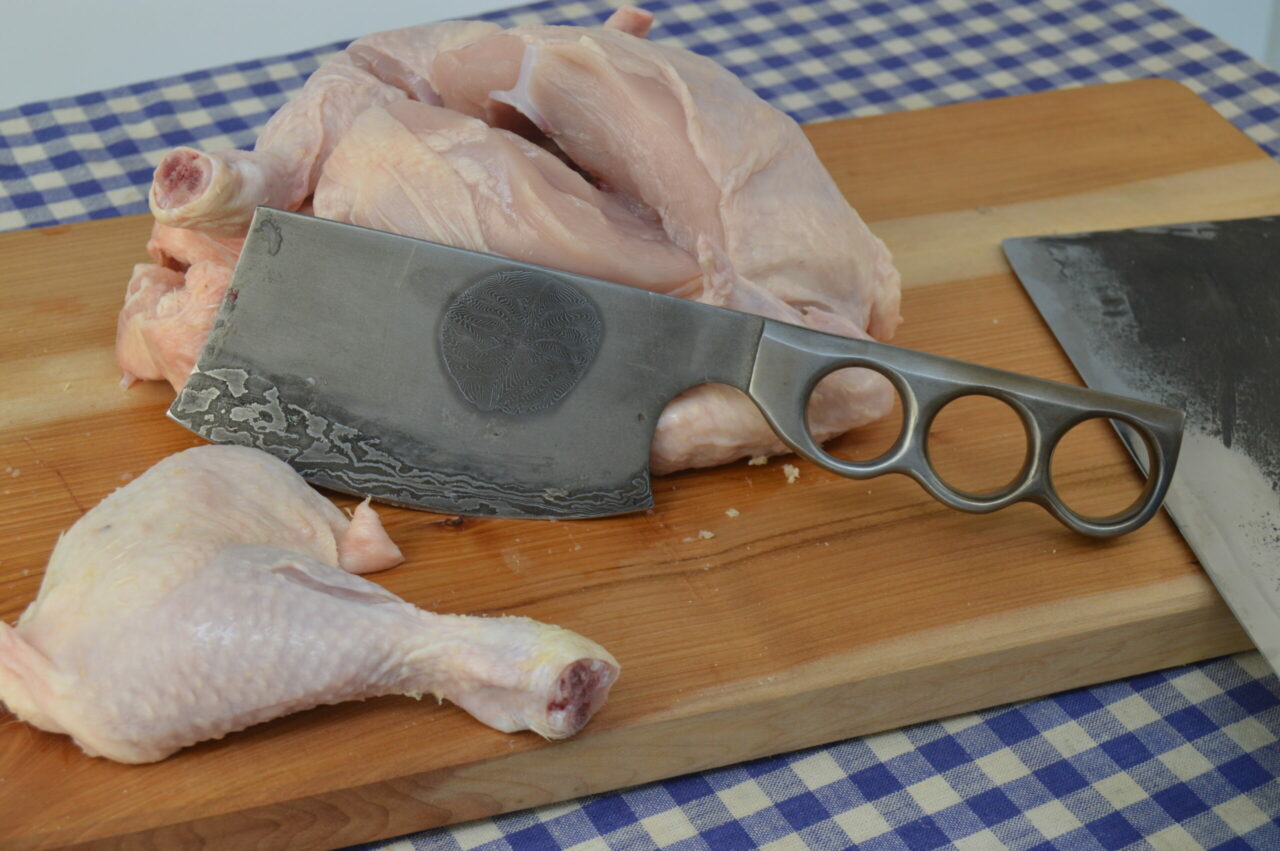 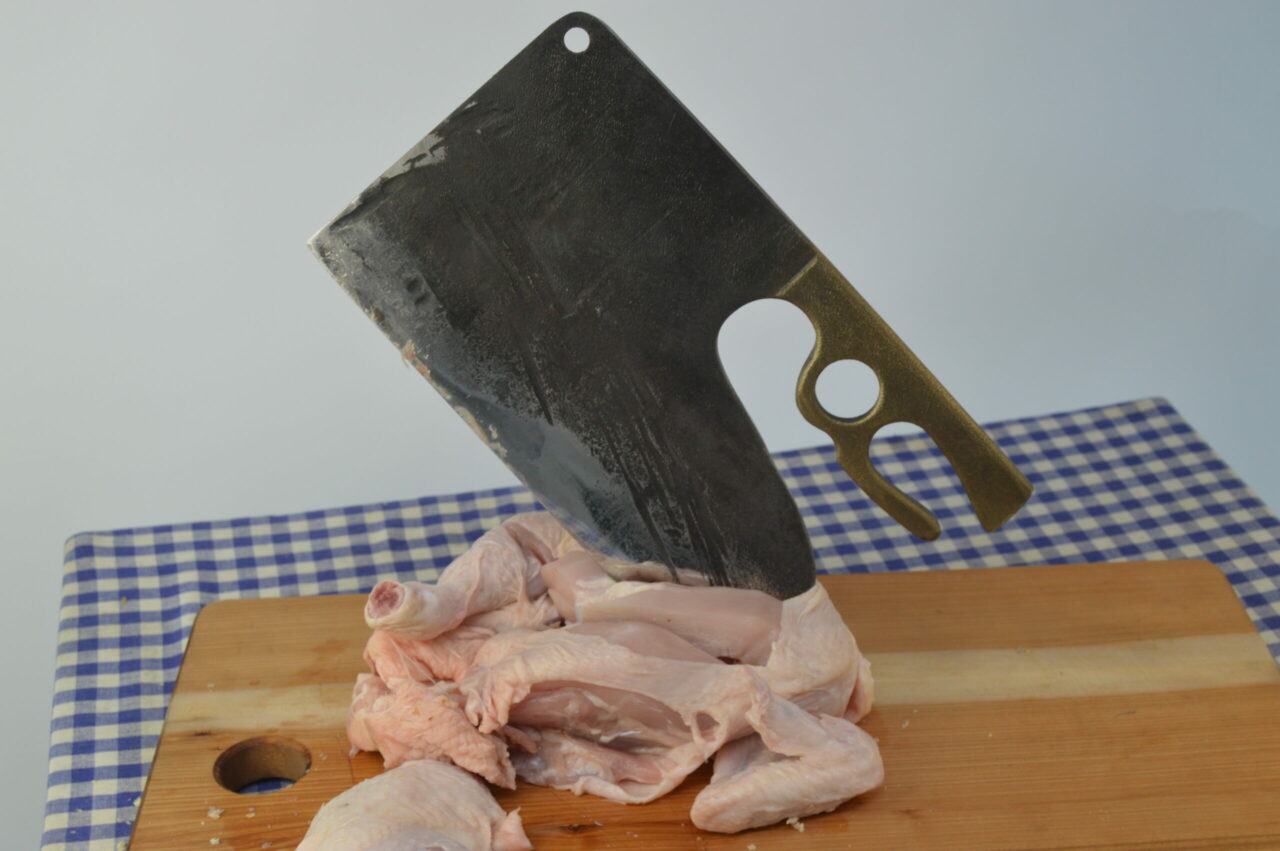 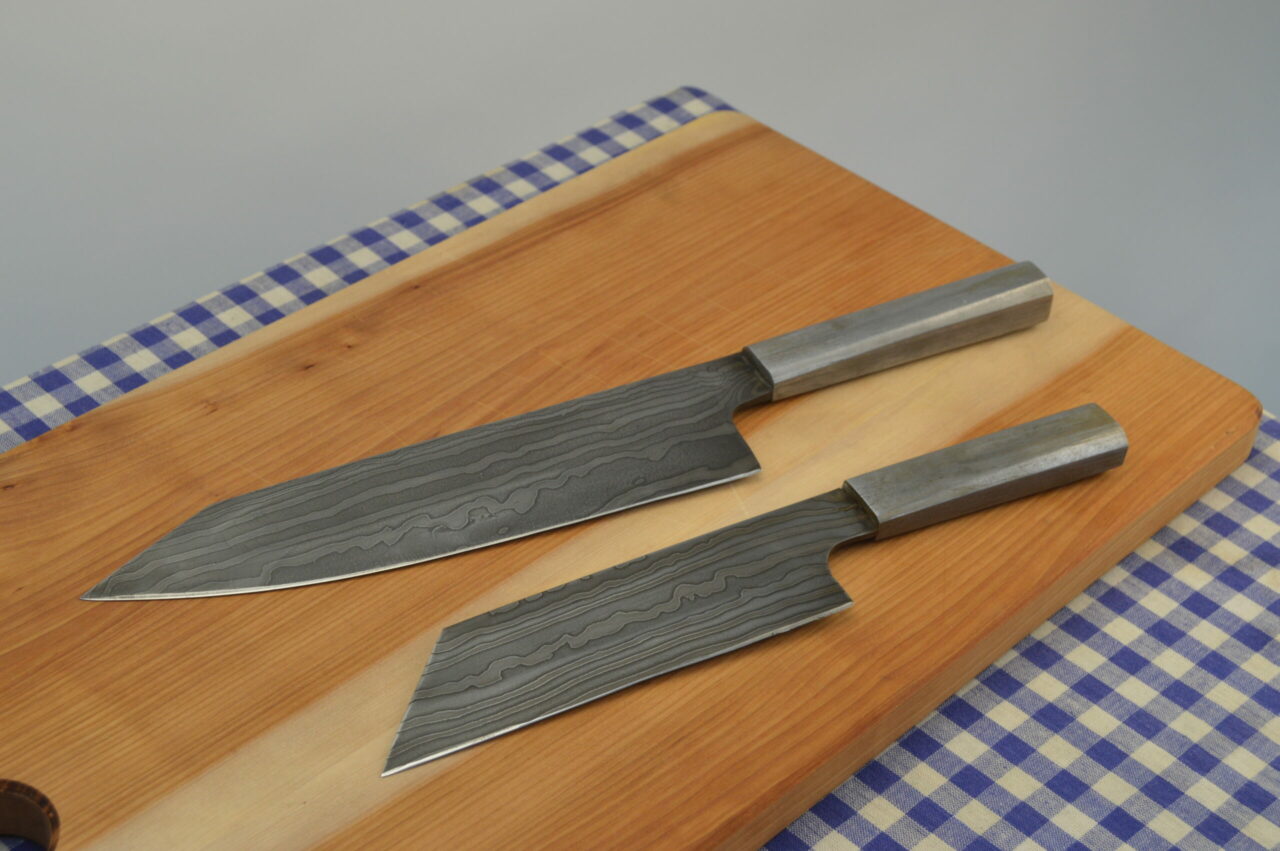 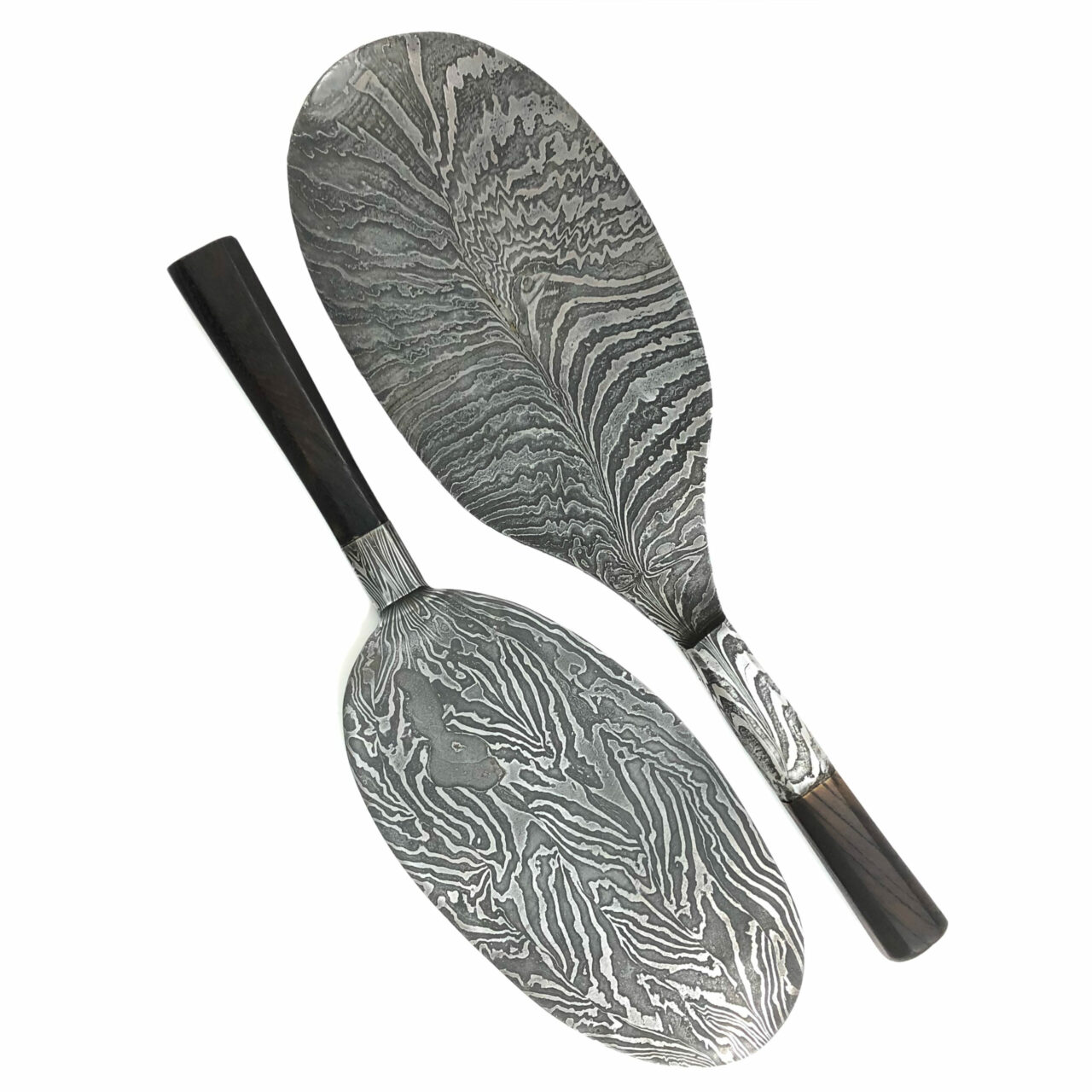 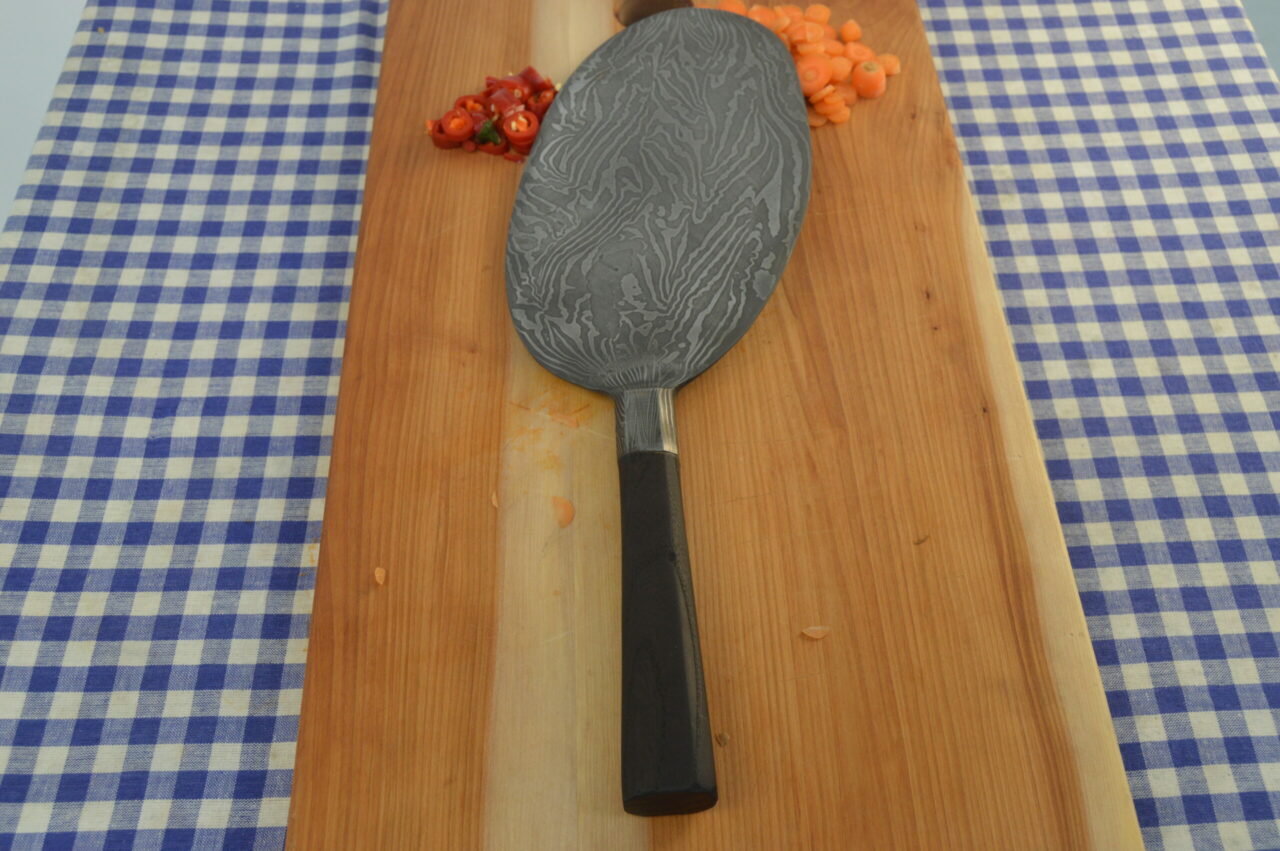 Demystification of the Blade

The blade as a cultural artifact is a double edge sword in the metaphorical sense that it can be viewed as a vessel for violence and destruction but at the same time is a vessel for nurturing and nourishment. Placing these objects in the context of a kitchen is where a distinction arises. I as a maker feel like the view of a knife has been dominated by the violent perception, but in the context, I place my work I want to highlight the nurturing side of knives. Using four different points of view Violent, Criminal, Design and Abstraction. Violent perception cannot be separated from the knife; this is why I choose to embrace that aesthetic. Making them unfunctional as a weapon. The knives I created is embracing the violent perception by combining the knuckleduster and a cleaver to make an aesthetical language of violence. The butterfly knife is an archetypal criminal knife that carries significant cultural weight. Taking this design that has been coined by media to depict criminals and combining it with the least threatening blades that we all use regularly. Design is a key part of any product and is based in form and function, these knives are a representation of familiar forms in the kitchen with my own twist. The goal is to make very functional objects that are simple. Abstraction is my way to put traditional form of the knife in the context of contemporary art, making soft shapes of what is usually very defined forms. Keeping the elements I enjoy about knifemaking but trying to demystify the part that is most perceived as violent and destructive.