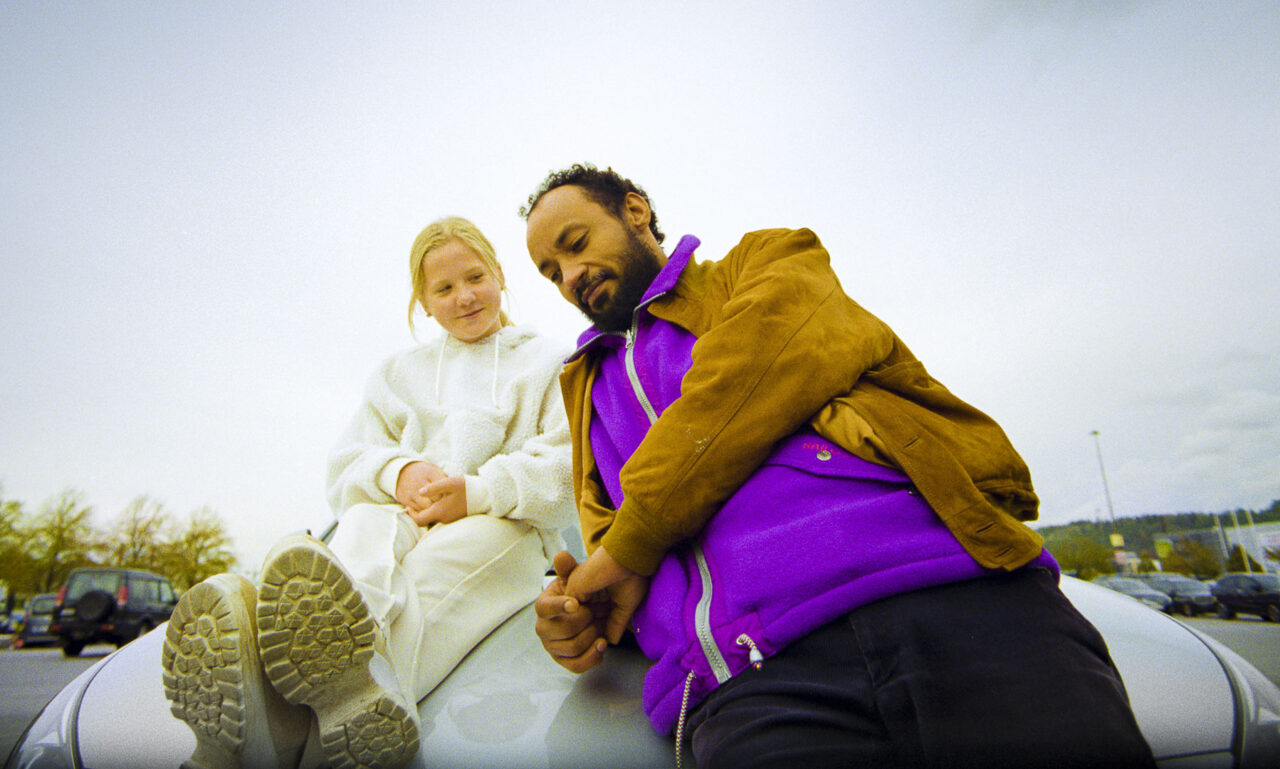 A crisis of over-consumption leaves a father and daughter stranded outside a Gothenburg shopping mall. As the pressure mounts on all sides and spectators gather to watch, the family soon find themselves in an absurdist trap of their own making. With a sharp satirical eye, ´City Fables’ is a confrontational class comedy, interrogating the viewer’s preconceptions about what constitutes the good life.

Gothenburg born director & musician, Gabriel Gezaw, has spent his life looking at the crumbles found in the crevices of class mobility. With a background in commercial filmmaking, he deploys the tricks of the trade in a matter that subverts the messaging, without diluting the drama.

As a kid, Gabriel frequently rode bus 58, from the less affluent suburb of Bergsjön all the way to his girlfriend in affluent Billdal. Halfway, when the bus reached the Central station, the commuters hopped of, and a new clientele entered, who where going home to Billdal. Even the drivers switched. Gabriel was the only person on that bus who knew what a different world that bus was, five minutes earlier.
Ever since, Gabriel’s curiosity has only grown for situations where multiple truths at once are at play. Having reaped the rewards of neoliberal politics throughout his life, Gabriel is here to tell us about his findings. In an era where truth seems more and more individualized, Gabriel tries to poke holes in common worldview’s, without ever picking sides.
Gabriels work often resides within the triangle of culture, morals & neo liberalism. By constantly departing from questions with no known answers, his work is often highly nuanced yet poignant. Offering new understandings of the boundaries & interrelations between the three. All said with a light heart.
An avid musician as well, Gabriel pays equal amounts of time to what you see, as what you hear. This often results in Gabriel scoring his own films, extending the tools of storytelling at his disposal. What this offers is a seamless, sensory viewing experience, that extends well beyond the films runtime.