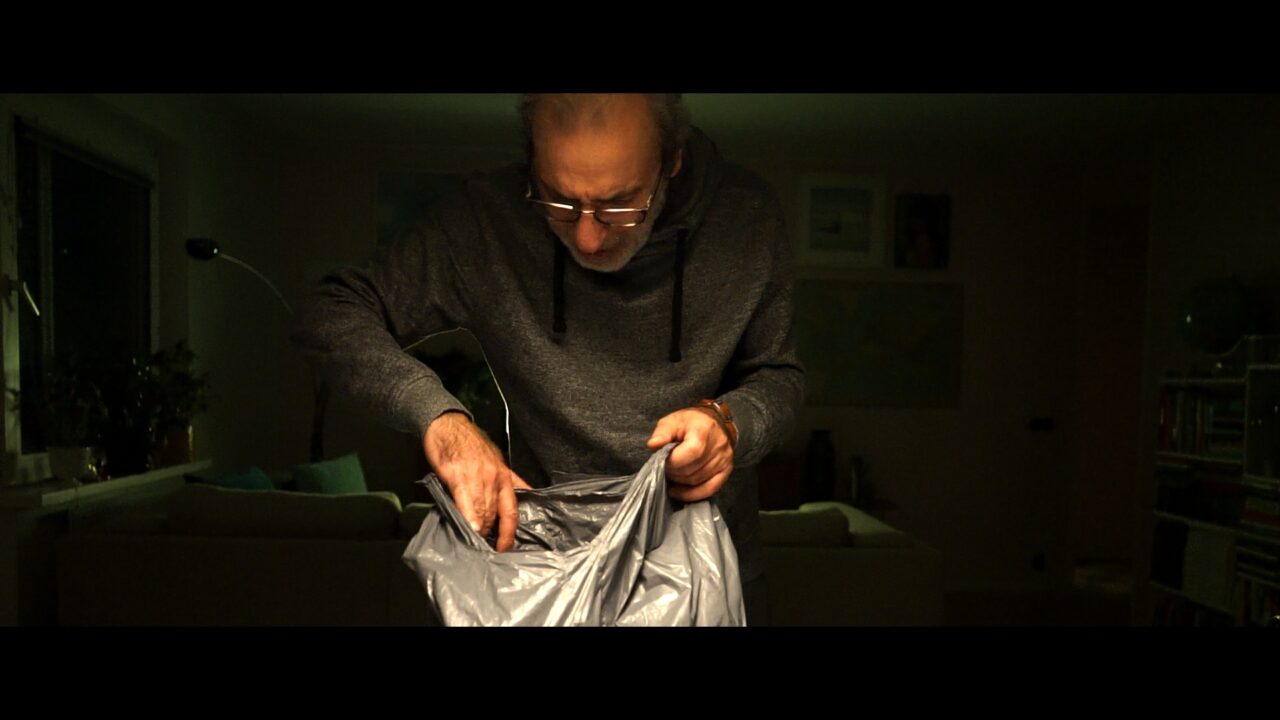 A Syrian-Danish man visits his son and daughter in law in Sweden. He finds them both in distress; His son is preoccupied with making a TV report about the new Danish law of revoking Syrian immigrant’s residency, and his wife is anxious about losing her job.

The visit coincides with a violent hate message targeting the family. The man has to consider the family’s circumstances, and thus responds in an unconventional way.

Yaser Kassab is a filmmaker born in Syria and based in Stockholm, Sweden. He holds a master’s degree in Film from HDK-Valand (Gothenburg University). In his artistic practice Yaser Kassab questions the representation of people of colour in the predominant Swedish media.

Yaser is known for the documentary film On the Edge of Life (2017), which premiered at Cinema du Reel Film Festival. The film won several prizes, amongst which the Joris Ivens (IDFA) and CNAP award (FID Marseille) for ‘best first film’, as well as the best mid-length documentary award at Festival die Popoli. In 2019 his film I Have Seen Nothing, I Have Seen All premiered at Vision du reel. Both films were screened at many festivals, including IDFA, RIDM, Tempo, Carthage, and Cairo international film festival.

In his artistic practice Yaser Kassab focuses on exploring cinematic ways of counter image-making through a decolonial approach. In his work he aims to encourage rethinking the predominant representation of people of colour in the Swedish media.