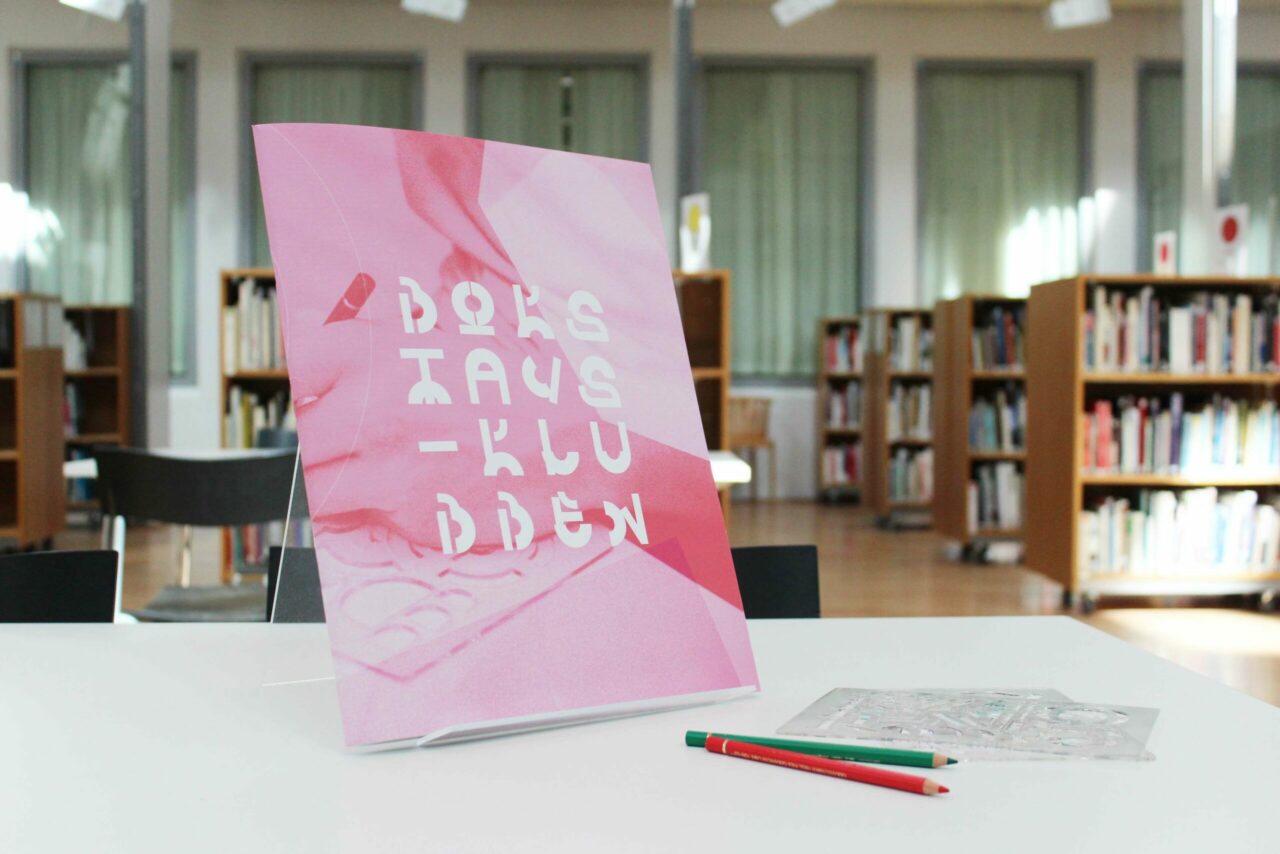 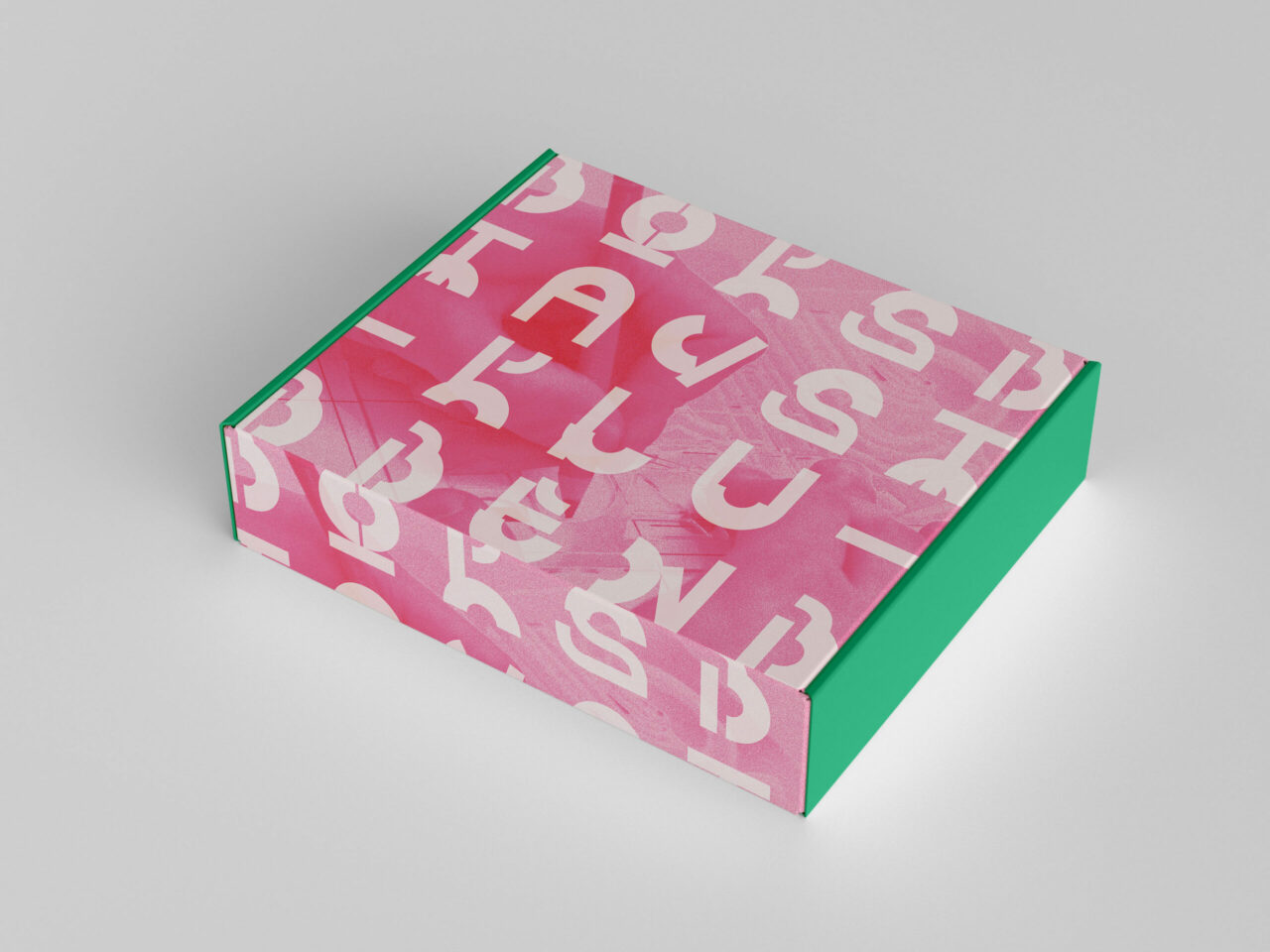 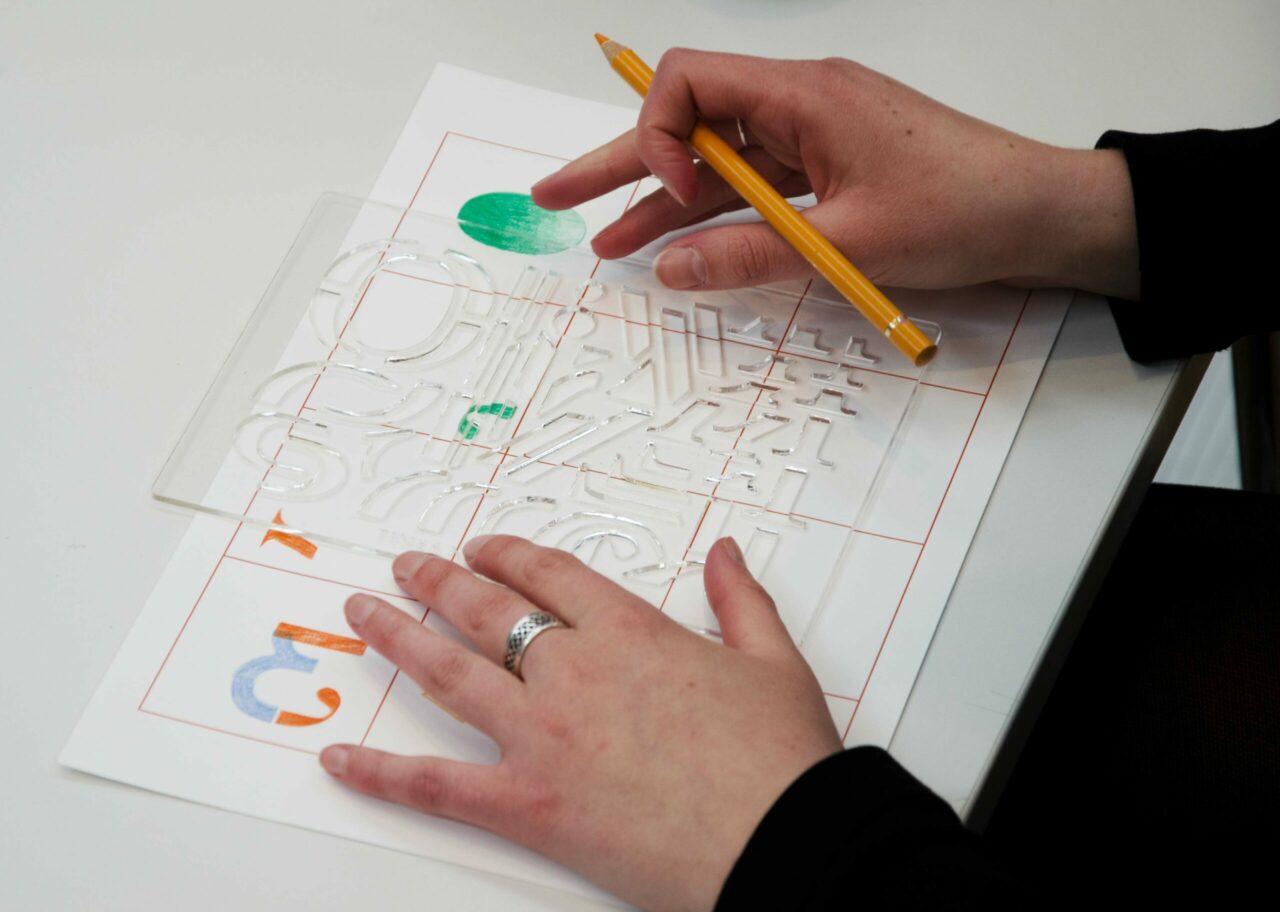 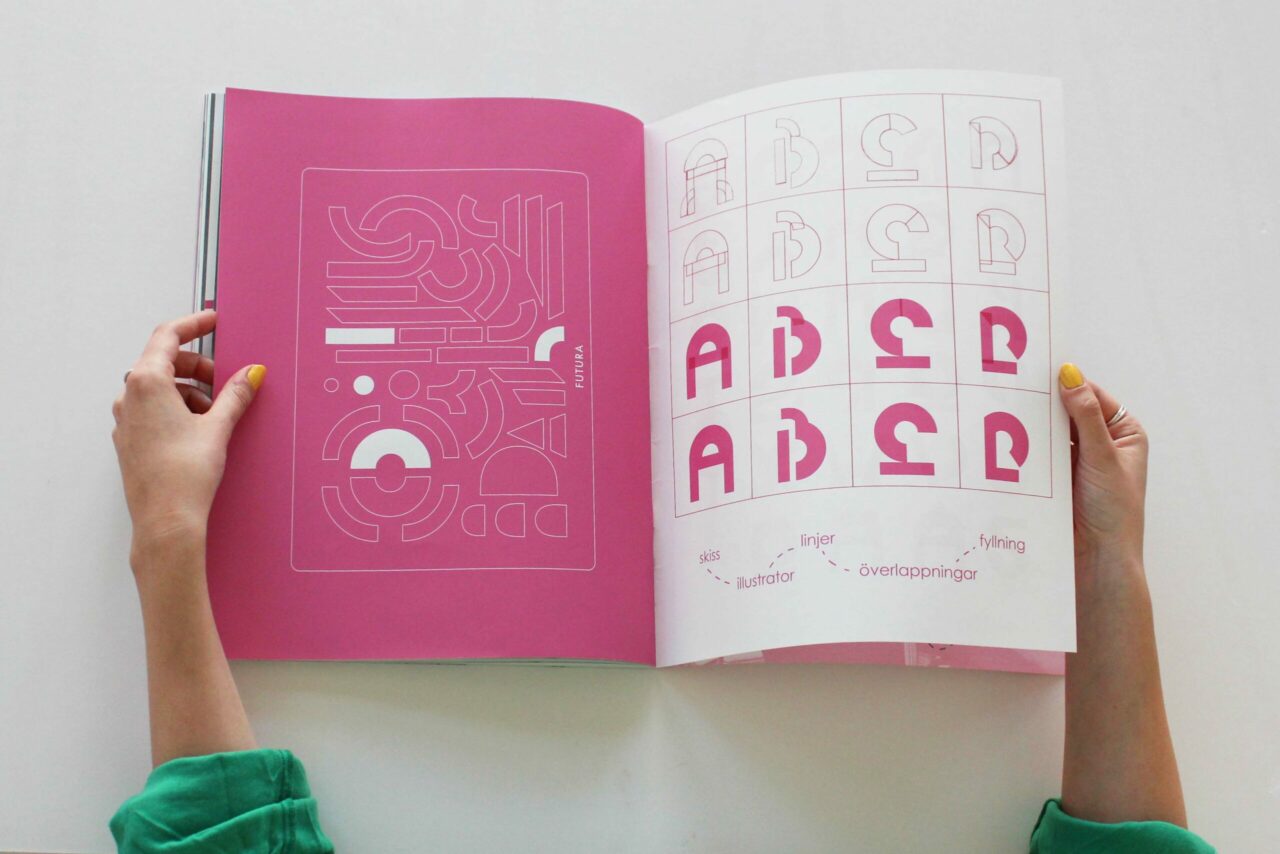 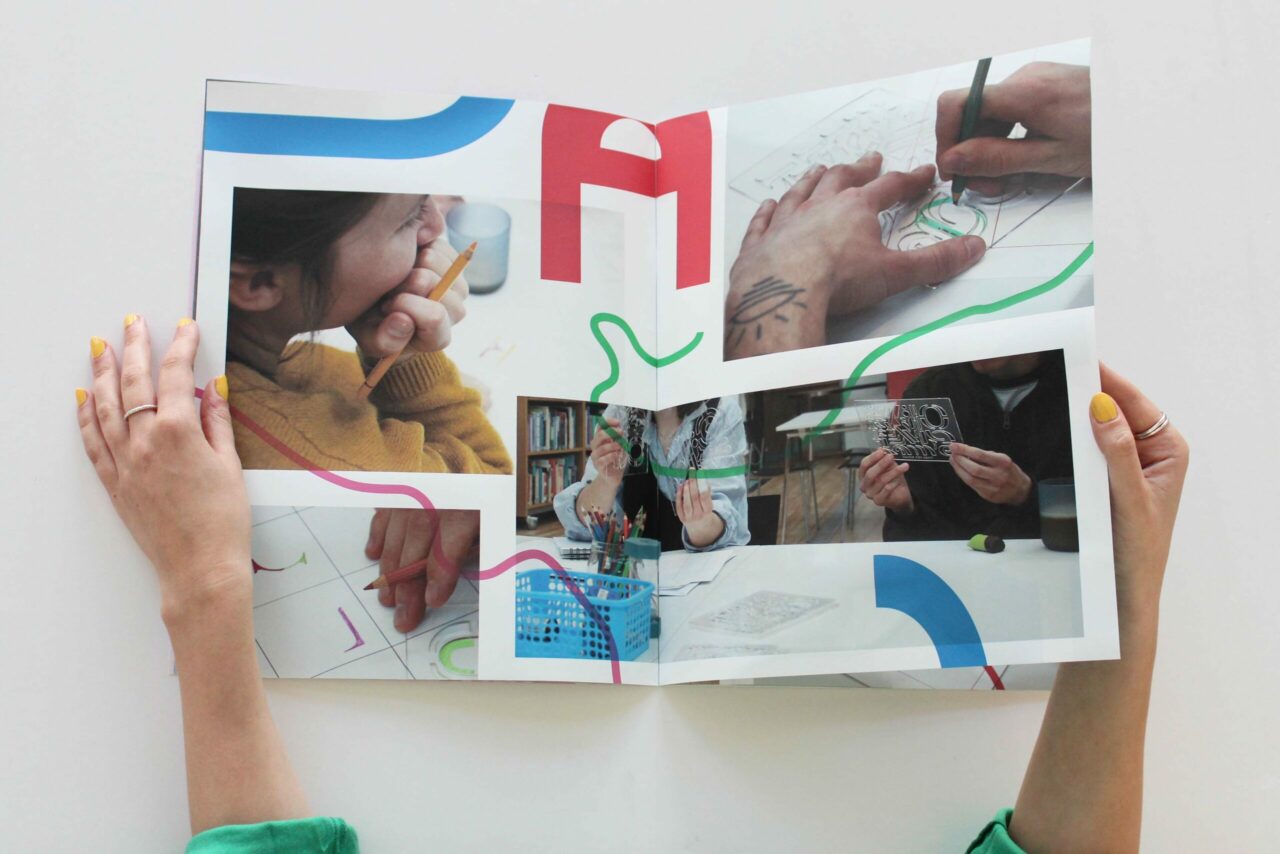 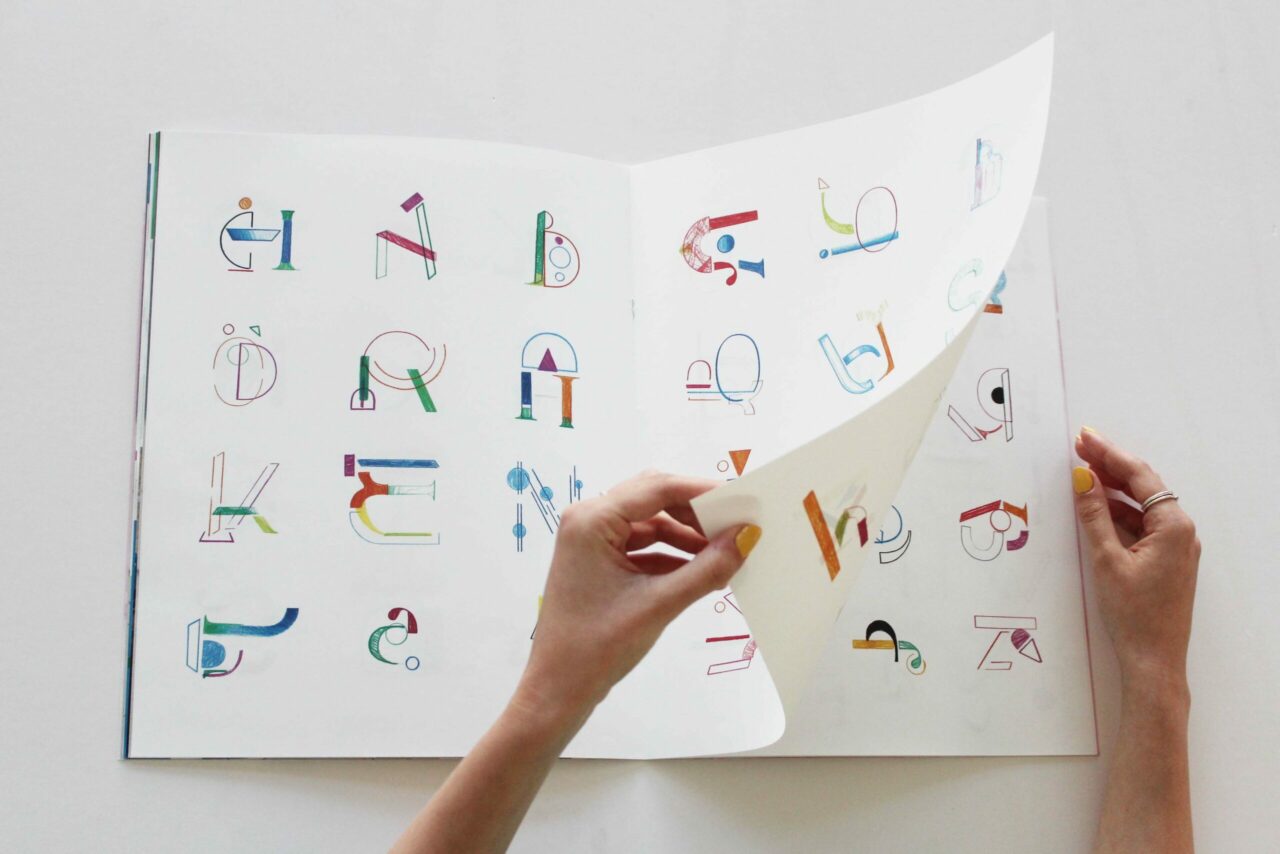 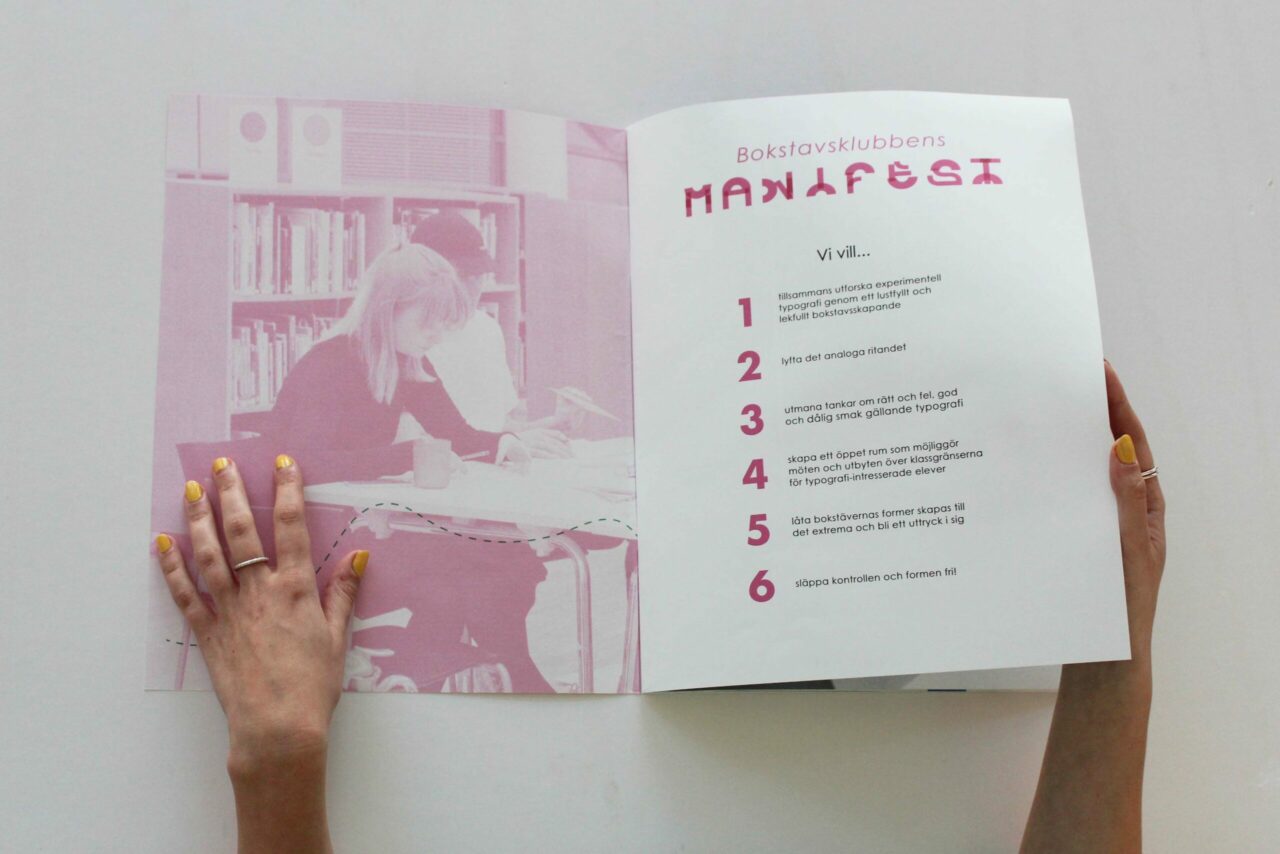 Typography can be hard for many to approach, because it is a complex and broad field with a lot of rules. This projects purpose has been to explore different playful methods that generate letter-forms and make this available for other graphic interested. The focus has been on enjoyable processes and form before function. The methods have been explored by inviting other HDK-Valand-designstudents in to the process by different designed workshops.

The project resulted in the concept “Bokstavsklubben”, a club for students at HDK-Valand that are interested in exploring typography together with others. This was when the project discovered a need for a meeting place for exchange between graphic designers  at HDK-Valand, also between the classes. For this concept a club-kit has been designed, containing a club-magazine and letter-stencils, intended to be retrieved from the Art Library. The club-magazine will inspire to letter-making and give examples of how the stencils can be used, both on your own and within the club. Bokstavsklubben and its club-magazine should also be seen as a future realization at the school, a beginning of something that further can be developed by and for graphic interested students at HDK-Valand.