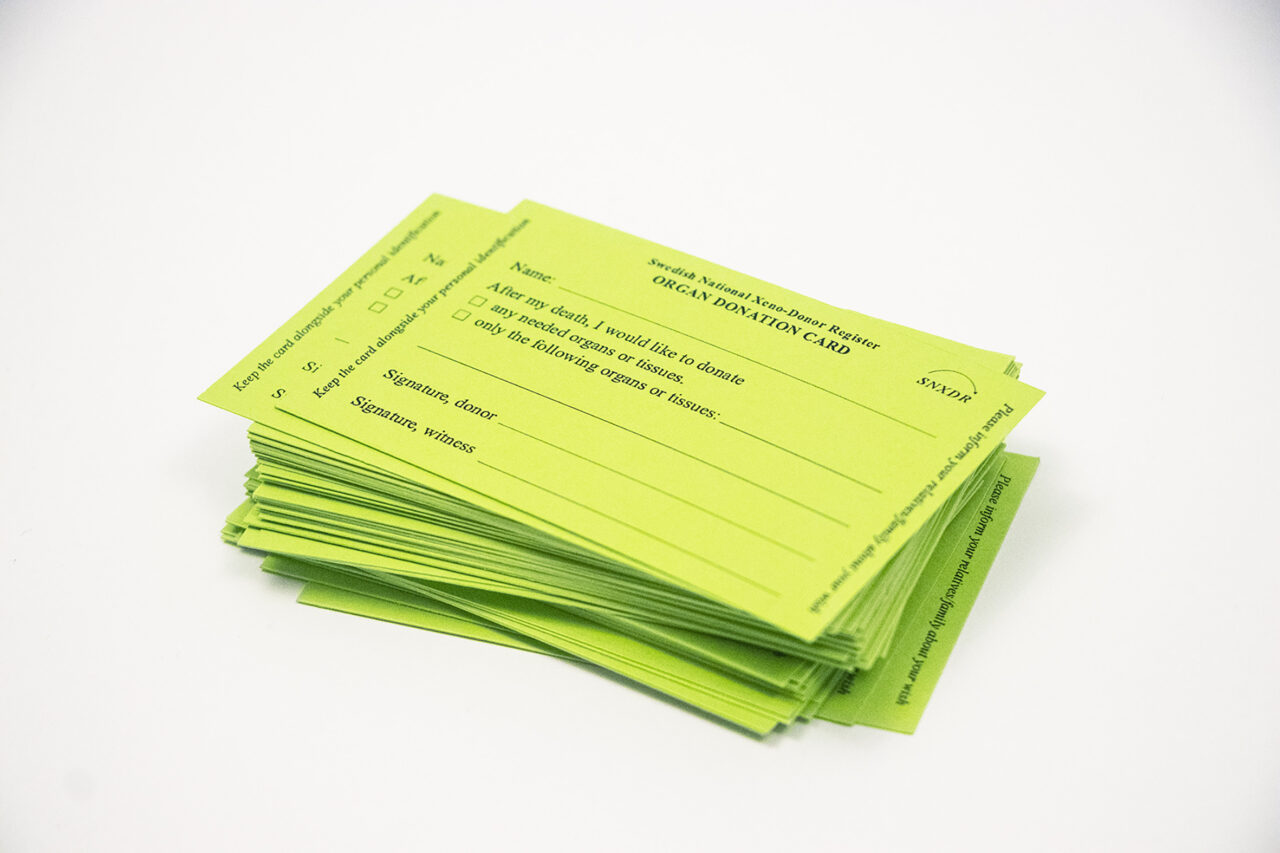 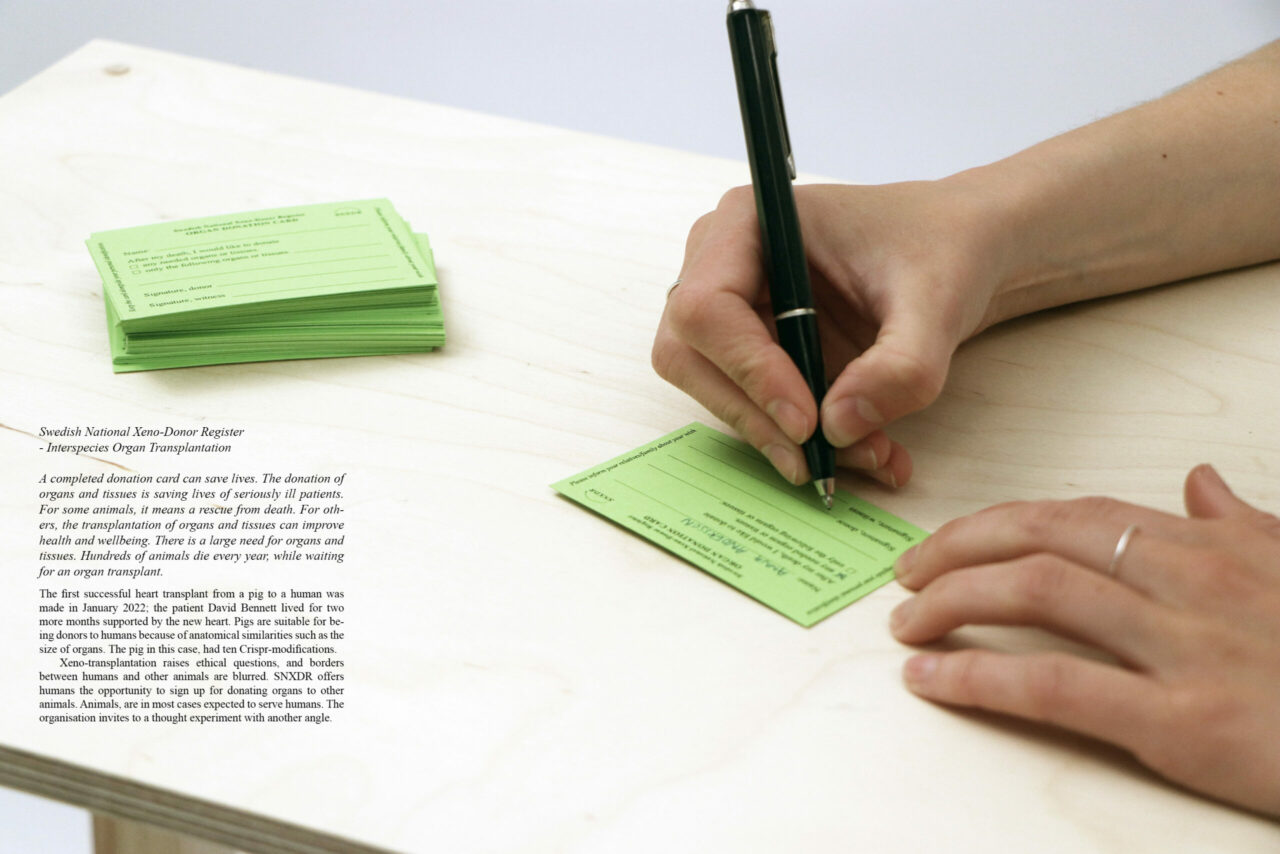 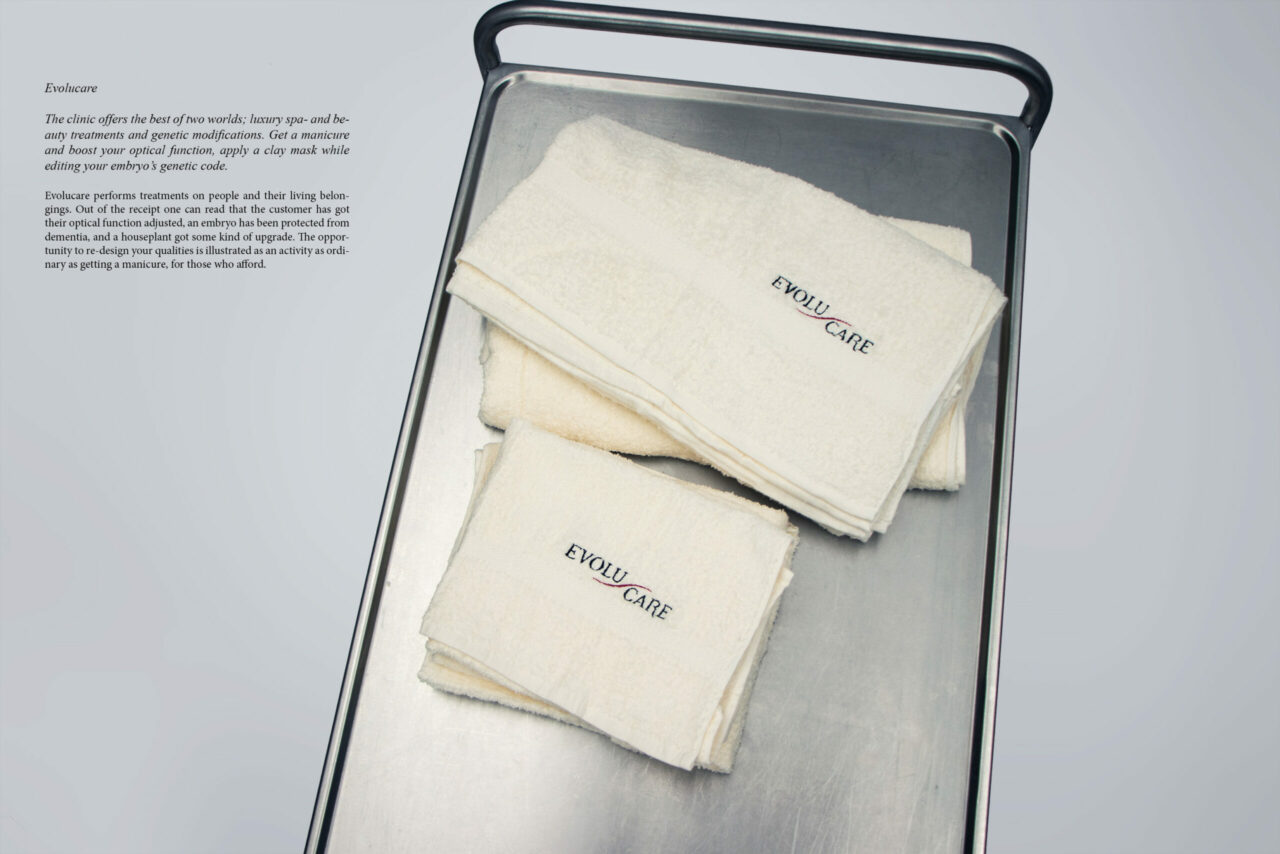 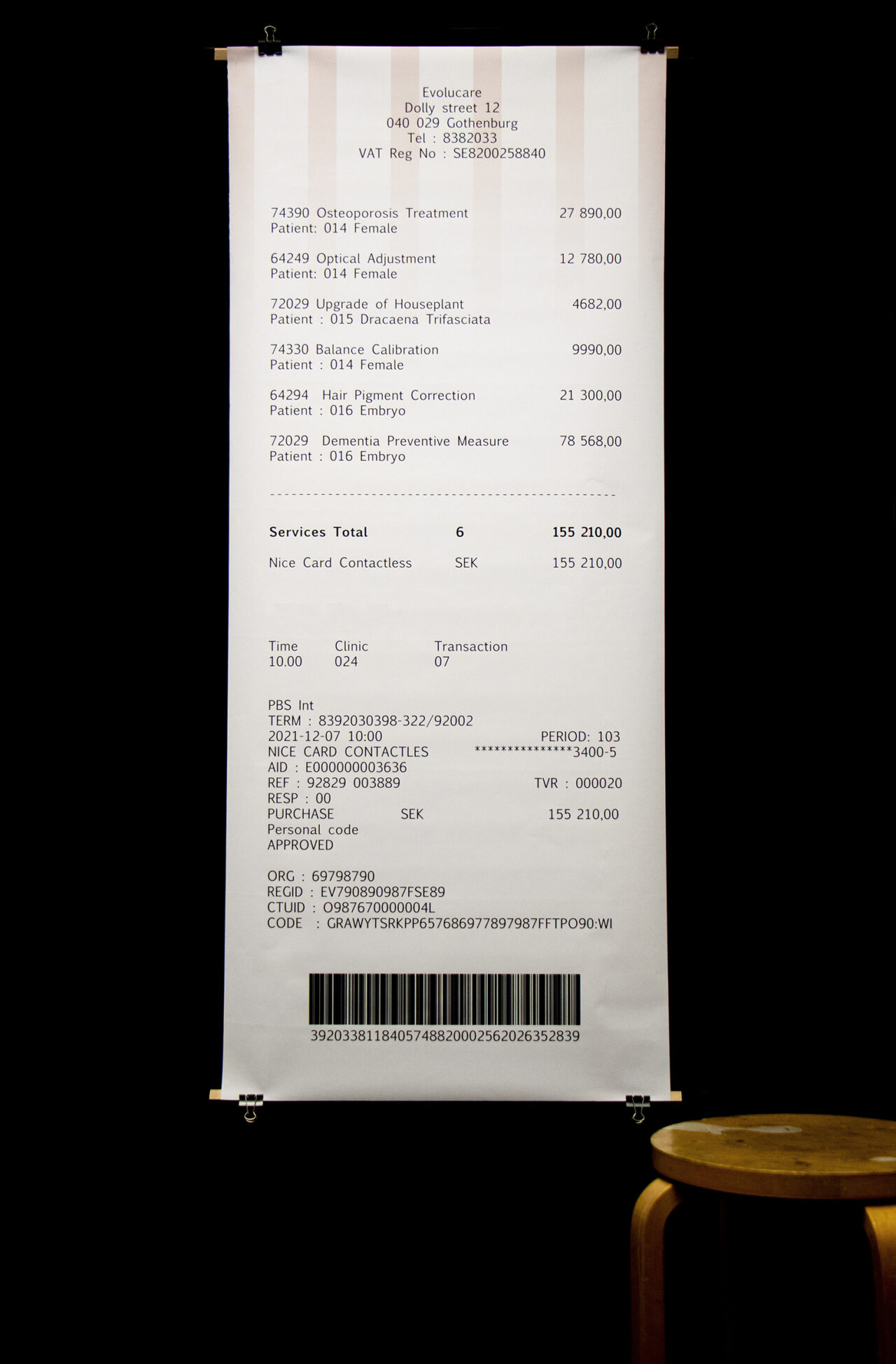 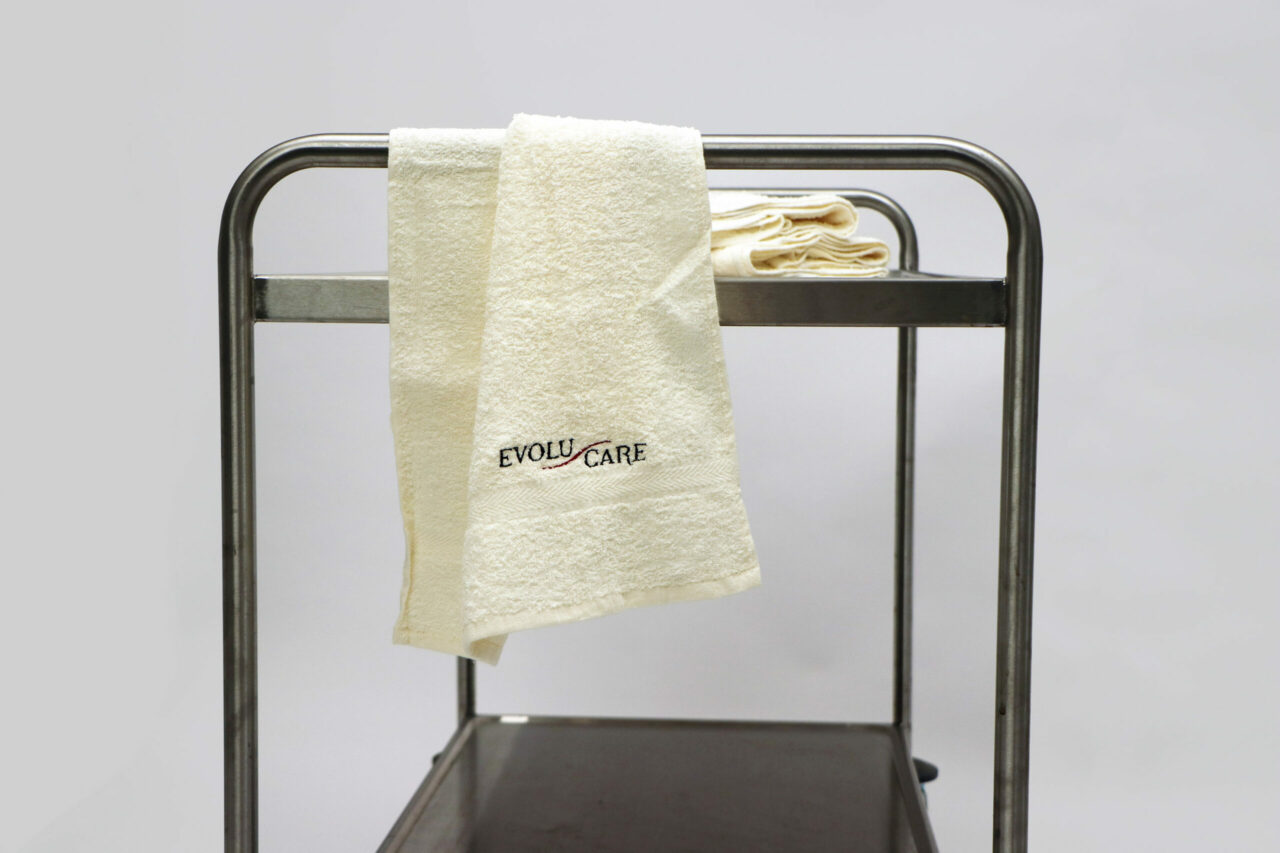 An investigation of ethical and philosophical issues of genetic engineering through the design of speculative scenarios.

The progress of biogenetic medical science has added layers to the discussion on what it is to be human. With a posthumanistic and speculative lens, the thesis project aims to designerly investigate ethical and philosophical issues related to the new discoveries in the field of genetic research.

A speculative scenario is in the project mediated through familiar frames or contexts – established formats. The method allows the scenarios to be easy to grasp and interpret as likely to be realized. The formats can also be seen as props, together building a scenario.

The progress of biogenetic science has fundamentally changed society. Since the gene editing technique CRISPR-Cas9 evolved in the 2010’s, genetic treatments are performed in large parts of the healthcare system. Healthcare is reformulated and the new tool also attracts other parts of society. Experimental clinics appears, and businesses adopts a kind of ”Gene Washing” in order to sell a trendy lifestyle.

Alongside lifesaving treatments, the technique houses several ethical discussions. Which human qualities are facing a change and which modifications are considered as ”improvements”?

The merge of post- and transhumanism is being explored and illustrated in the project. The idea of human enhancement is the foundation of the transhumanistic discourse; the discussion is human-centred. But, by speculating on how human bodies can be modified to serve other species, a space appears where a posthumanistic approach meets the transhumanistic.

Modified is situated in, and a reaction on the Anthropocene – the era of the human.