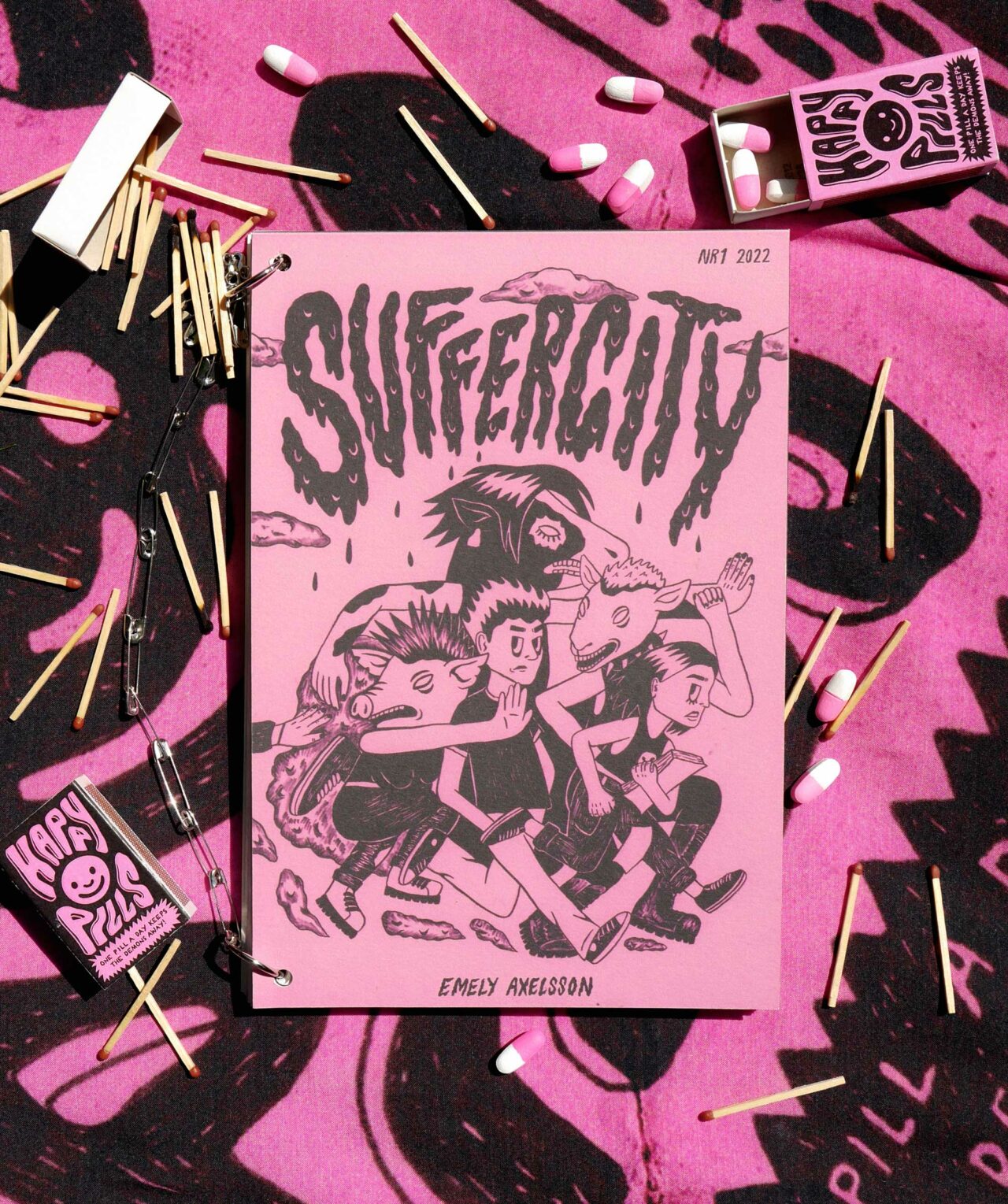 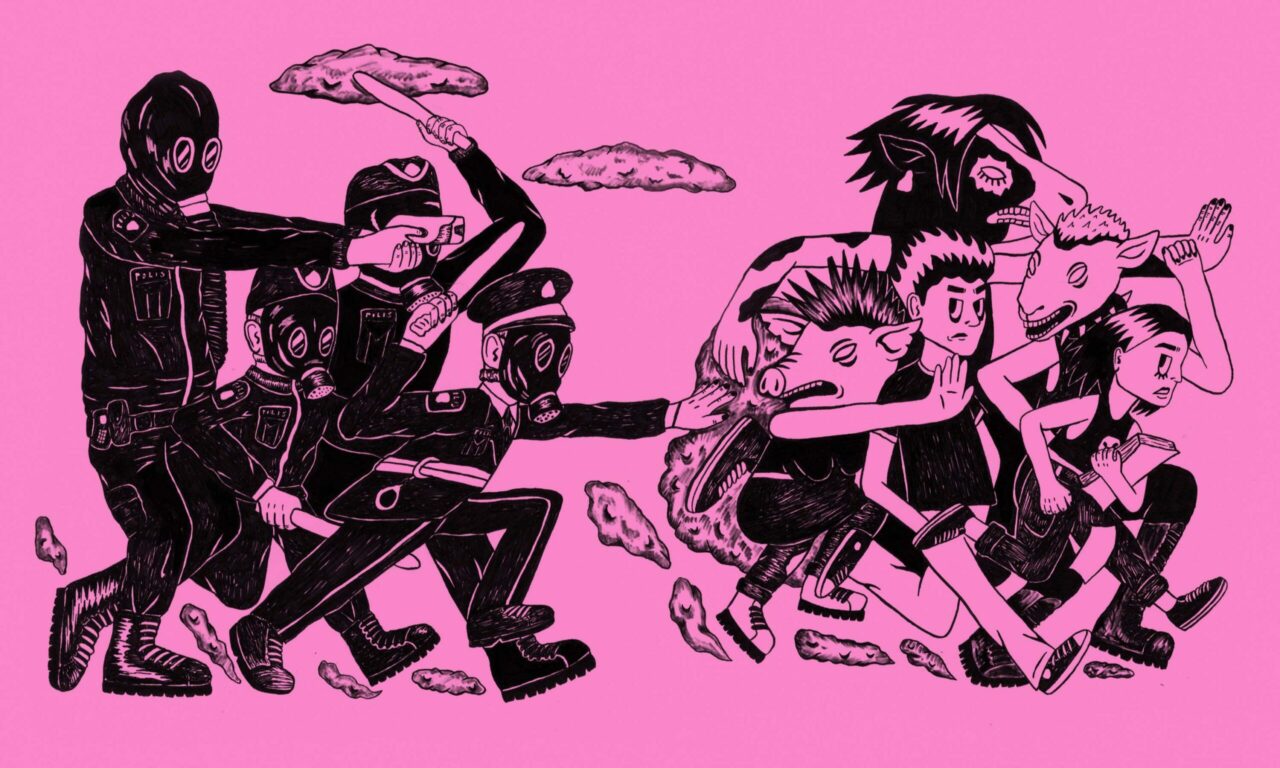 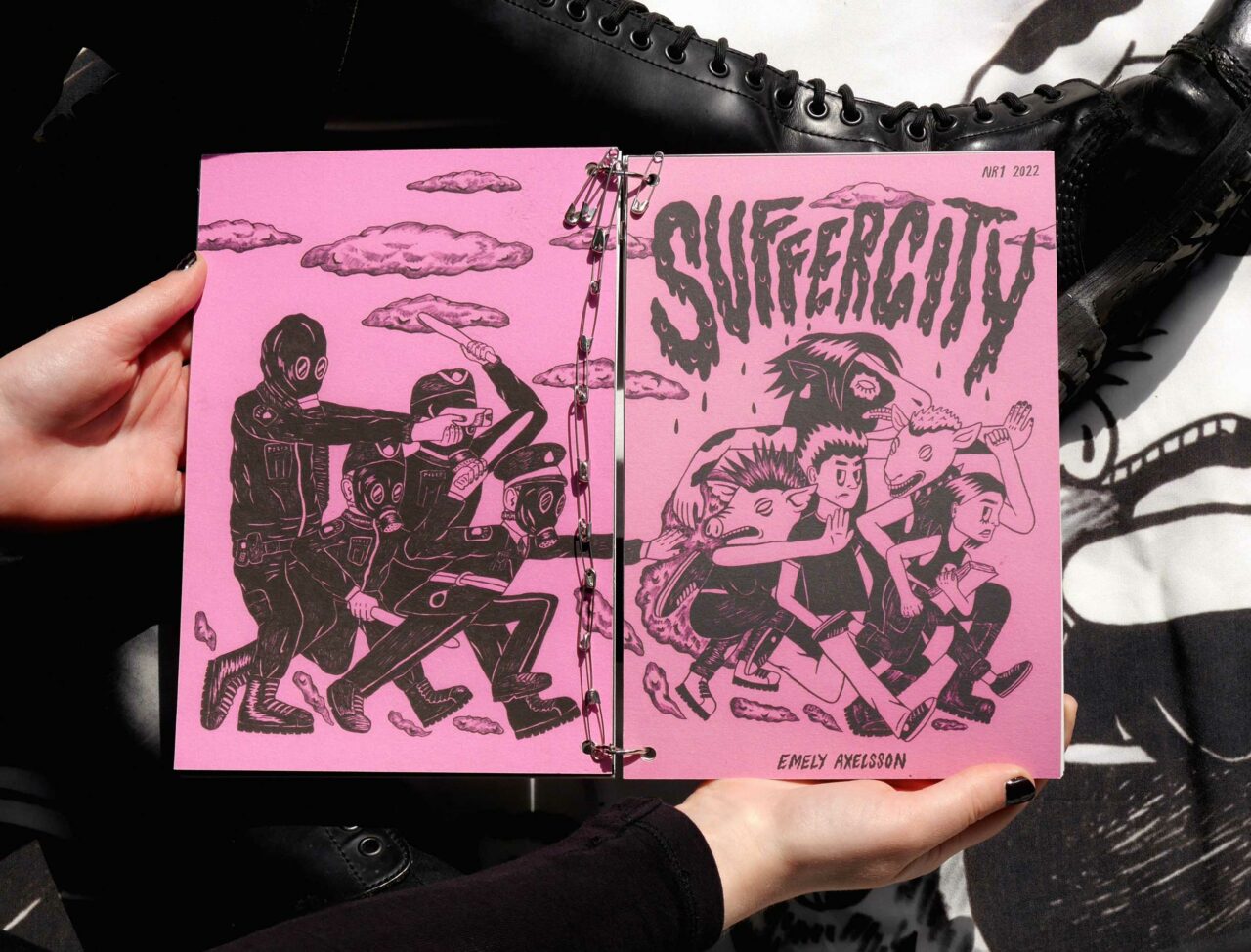 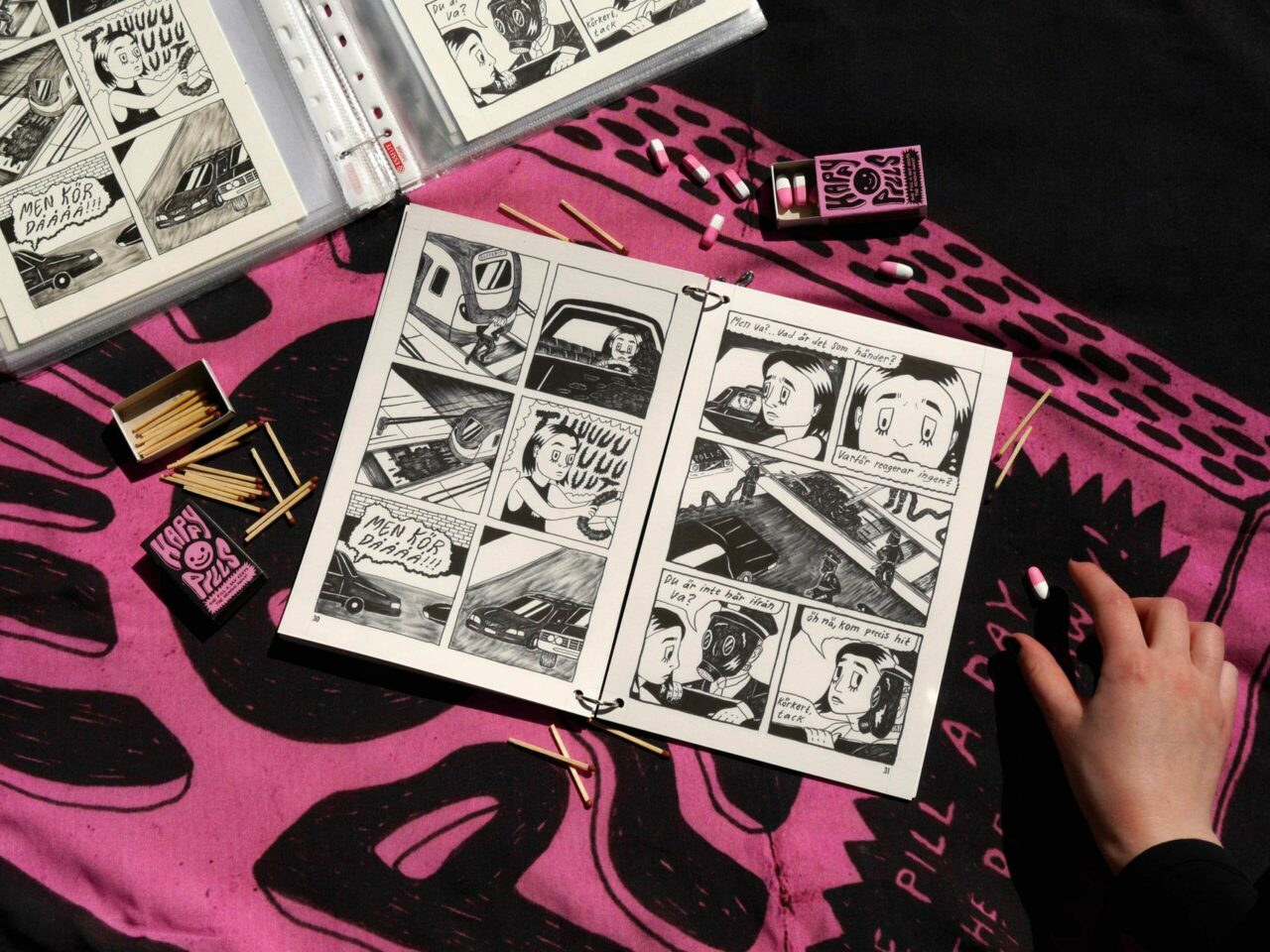 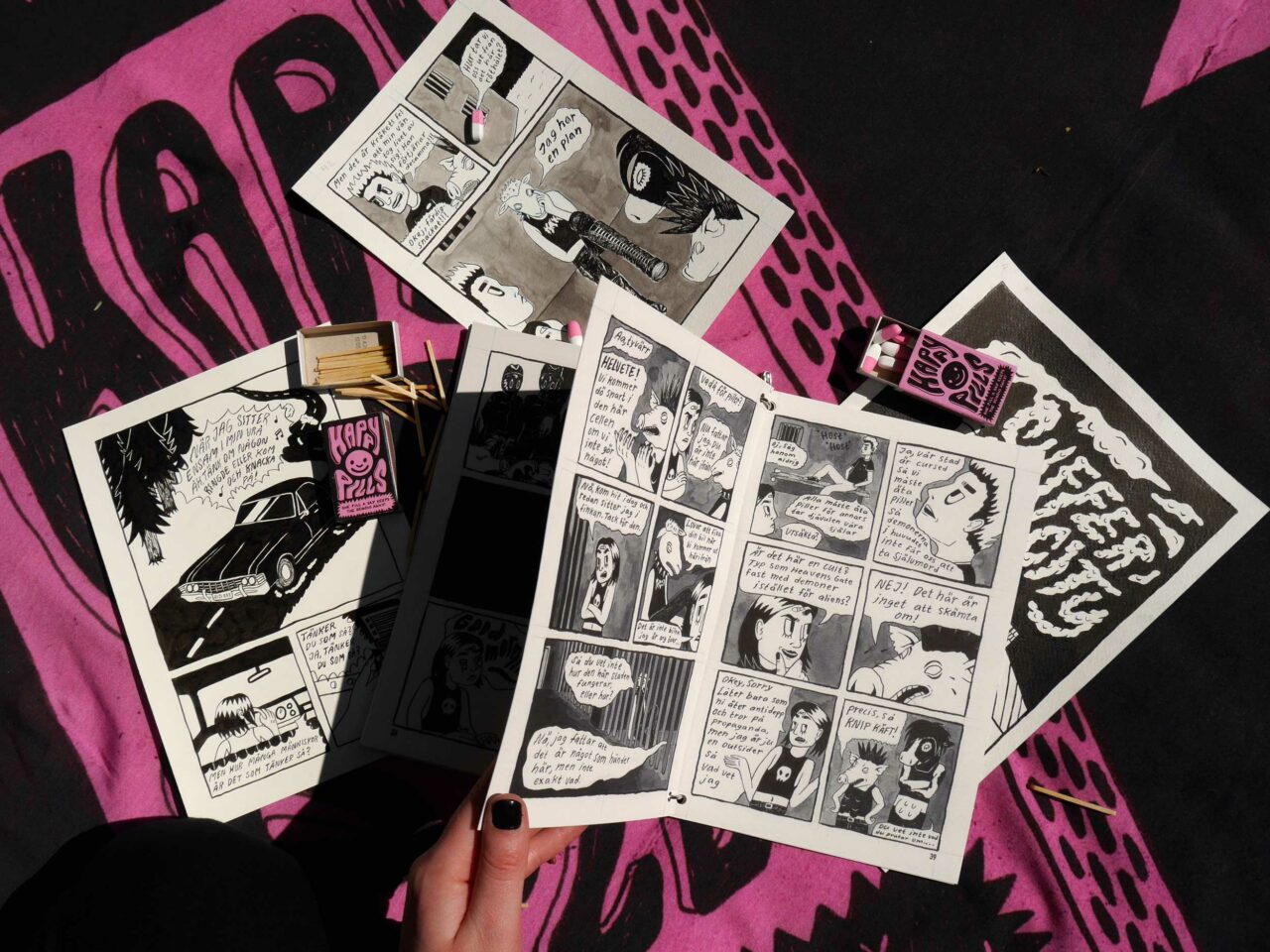 The project Suffercity is a fictional comic inspired by the subject of suffering and what it can mean for individuals with different backgrounds. Both humans and animals are included in this conversation. Suffercity is a direct translation of Lidköping into English that has been used by the city’s punk scene and became the start of the series’ plot.

The comic is meant to be entertainment but also have potential in creating conversations about the subjects being told. Such as suicidal thoughts related to mental illness, the right to your own body and fear of death. The process began with an investigation into what suffering means and how the word is used in a human perspective compared to an animal one. Then a world-building began around the fictional city of Suffercity with inspiration from my hometown Lidköping. Simultaneously I worked with character design, story-writing, research in materials and tools and sketching of panel sequences.

The result is a short comic about the main character Joy and her experience entering the unknown town Suffercity, with a corrupt government and brainwashed residents. These with the belief that one day long ago the devil cursed the city and released his demons to haunt the residents minds. To the extent that people, one after the other, joins the devil in the afterlife. To prevent this, the community created a ”happy pill” that makes the demons in their heads fall asleep and hence prevents the residents from committing mass suicide. In the city, Joy encounters a criminal gang consisting of some farm animals, also these in the belief of demons in their heads. Due to their social status, they don’t have access to the pills and therefore must steal in order to survive. The last thing they want is for their demons to wake up.