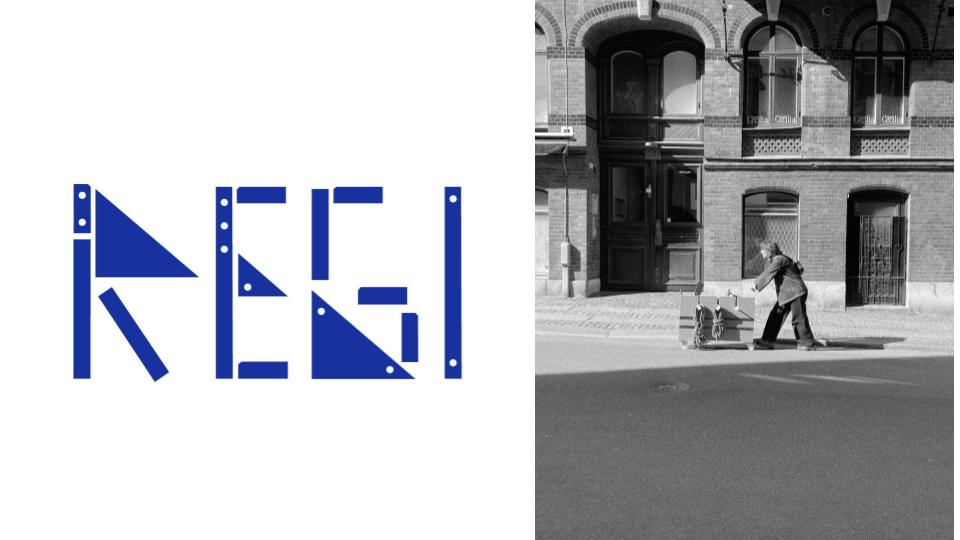 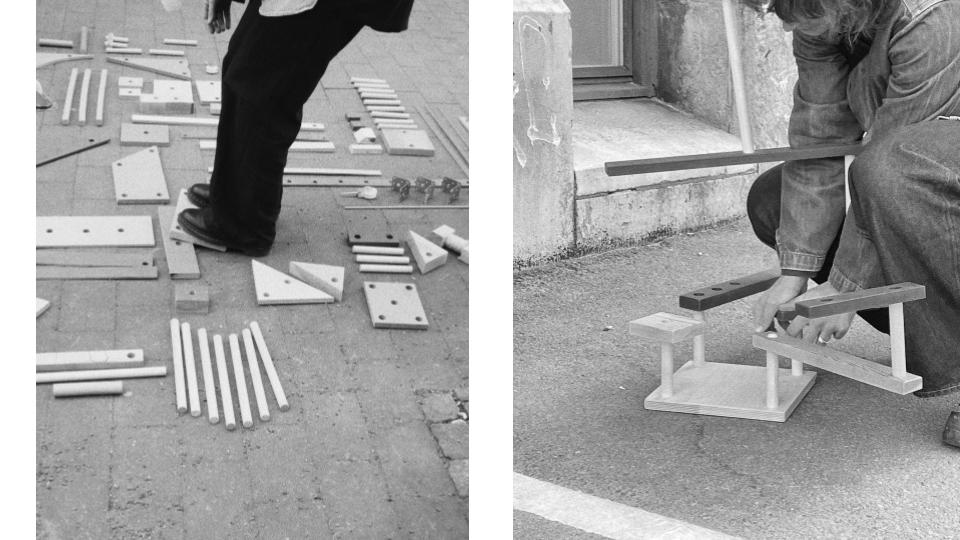 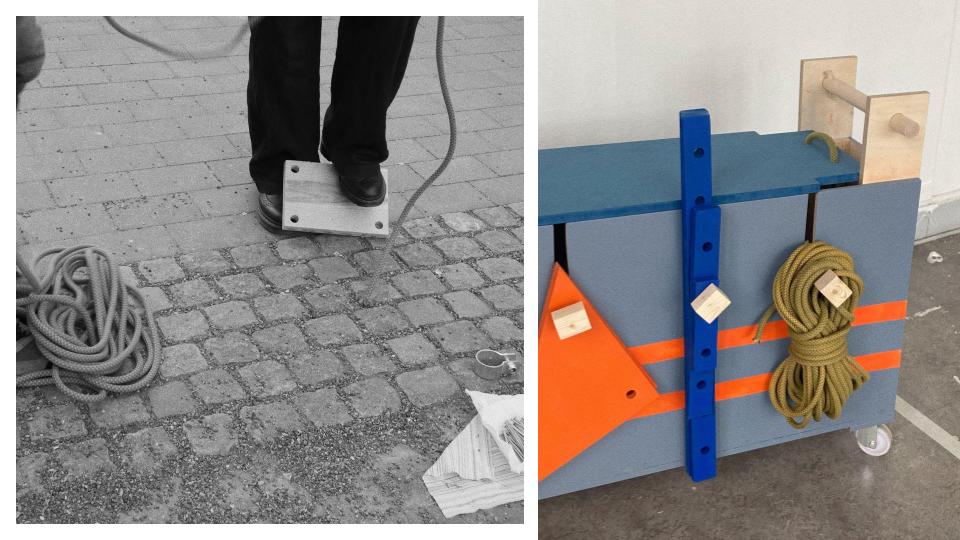 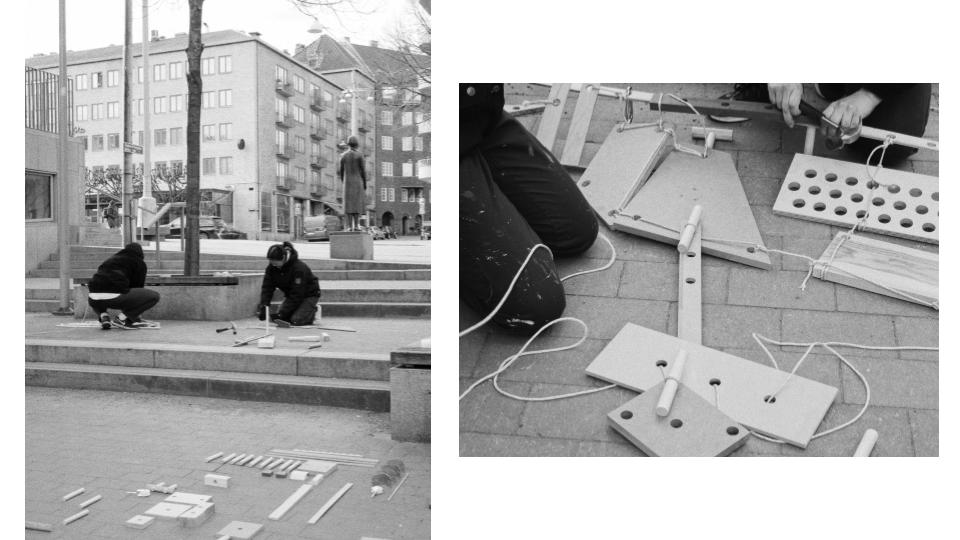 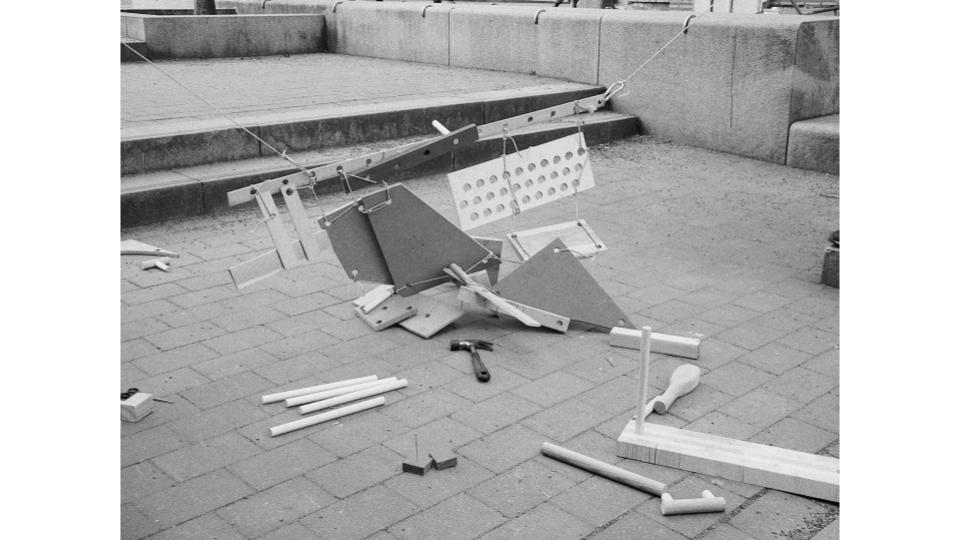 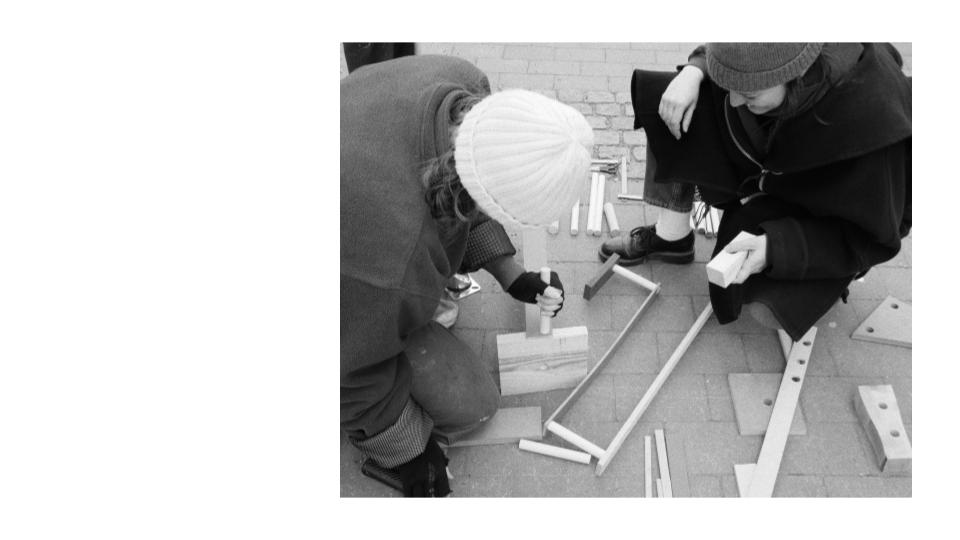 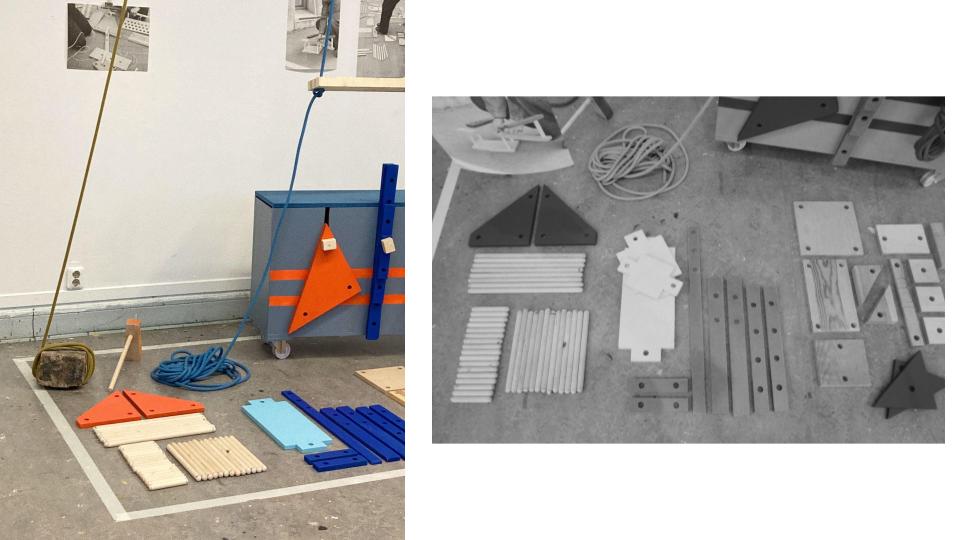 These keywords have accompanied the project. The tough. Slightly careless.

The toolbox on wheels holds the props. It consists of ropes, a building kit made of waste material and a wooden mallet which is used during workshops as an invitation for temporary interaction and action in the urban space. The ropes for hoisting, tightening, tying and pulling. Hammer and plugs for joining, tapping and attaching.

As the toolbox is pushed out in the city – the curtain is pulled aside and on stage is the one who acts.