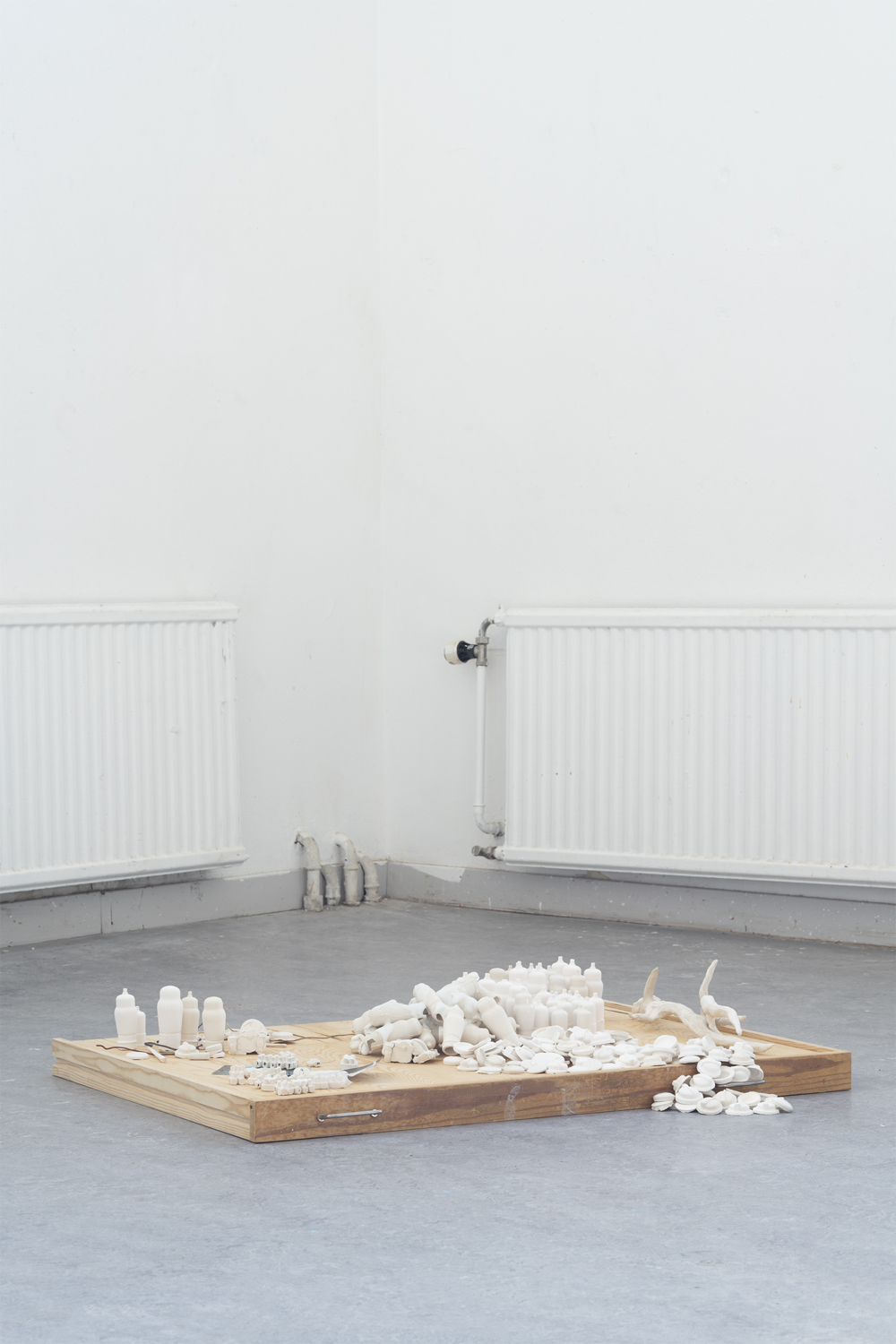 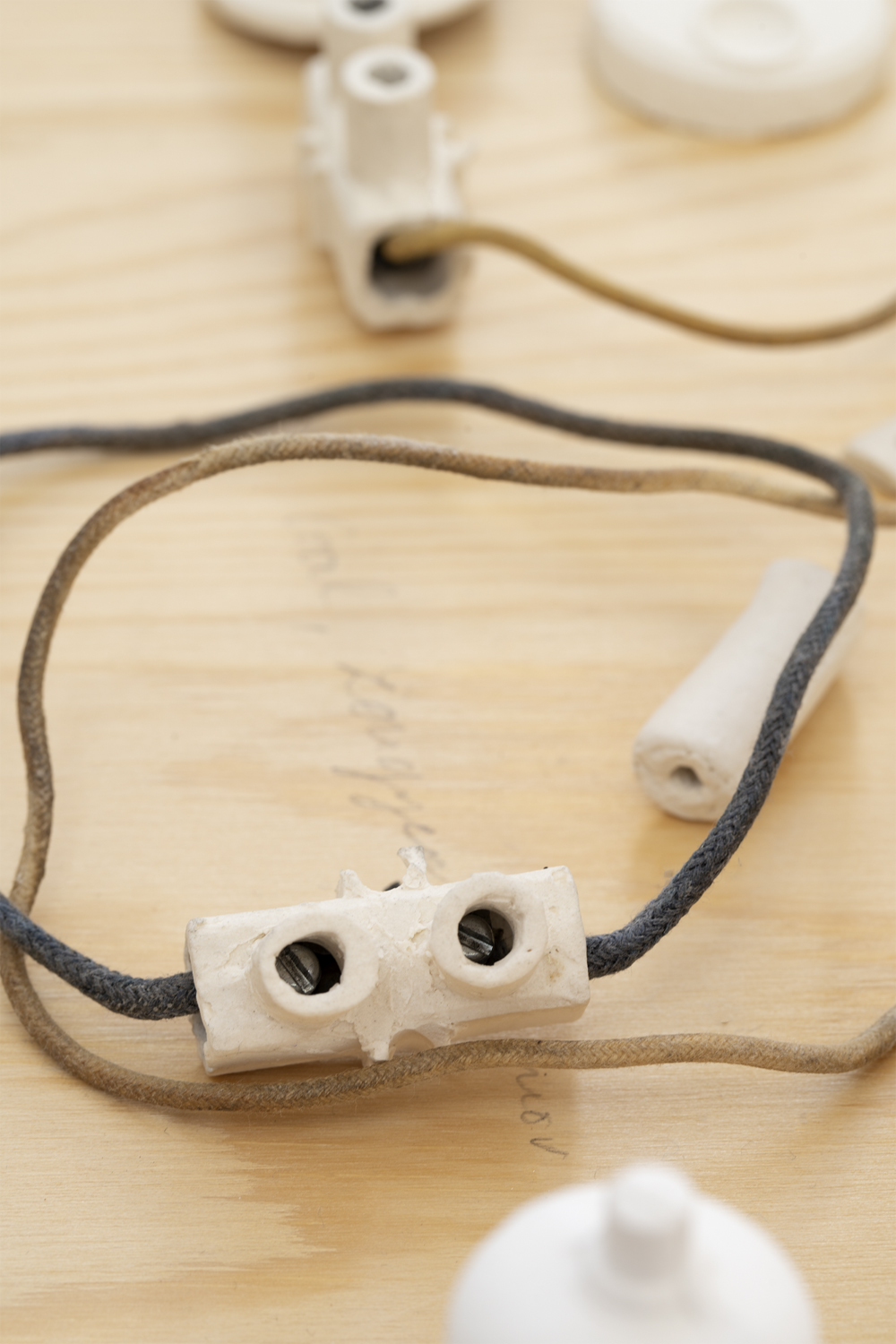 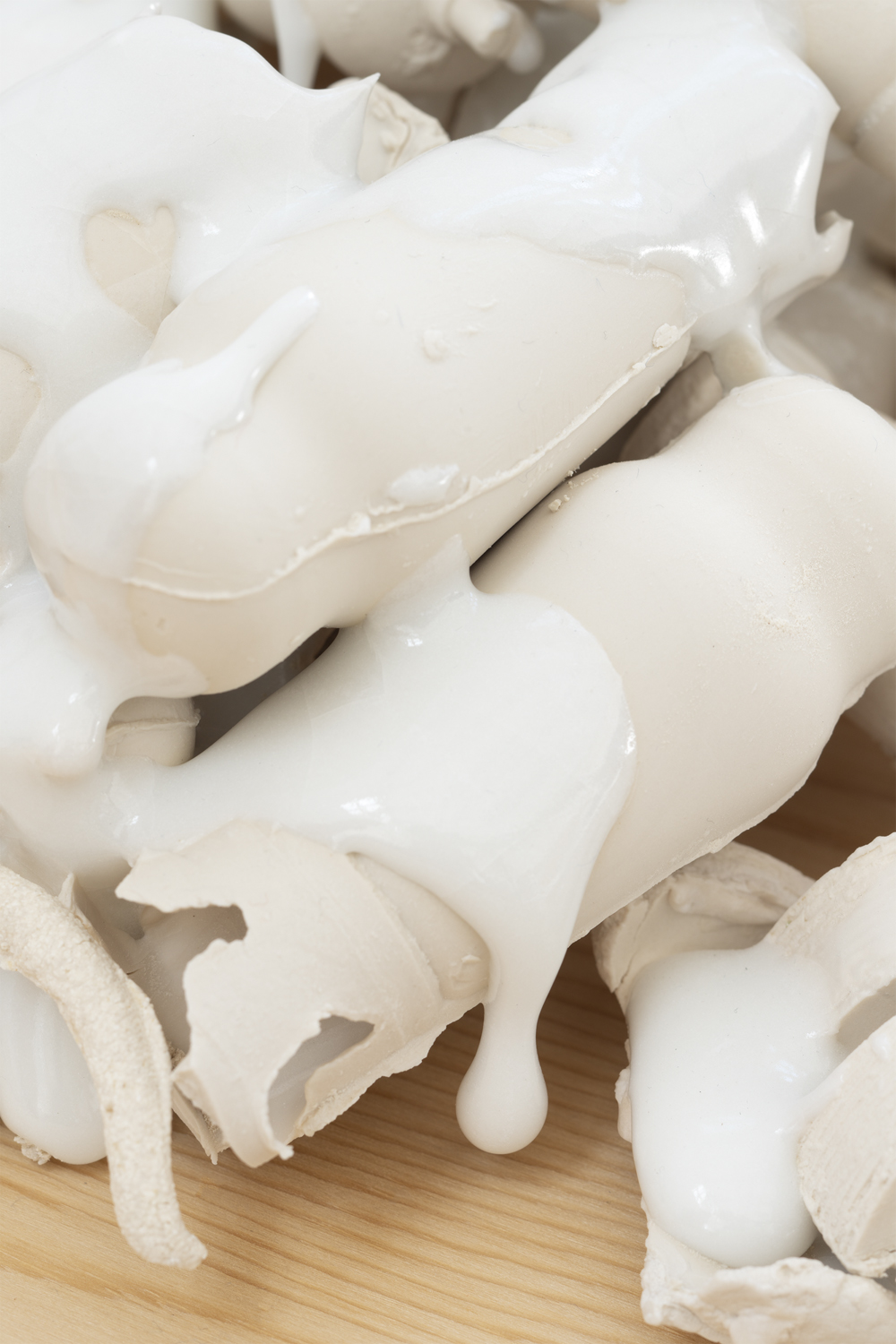 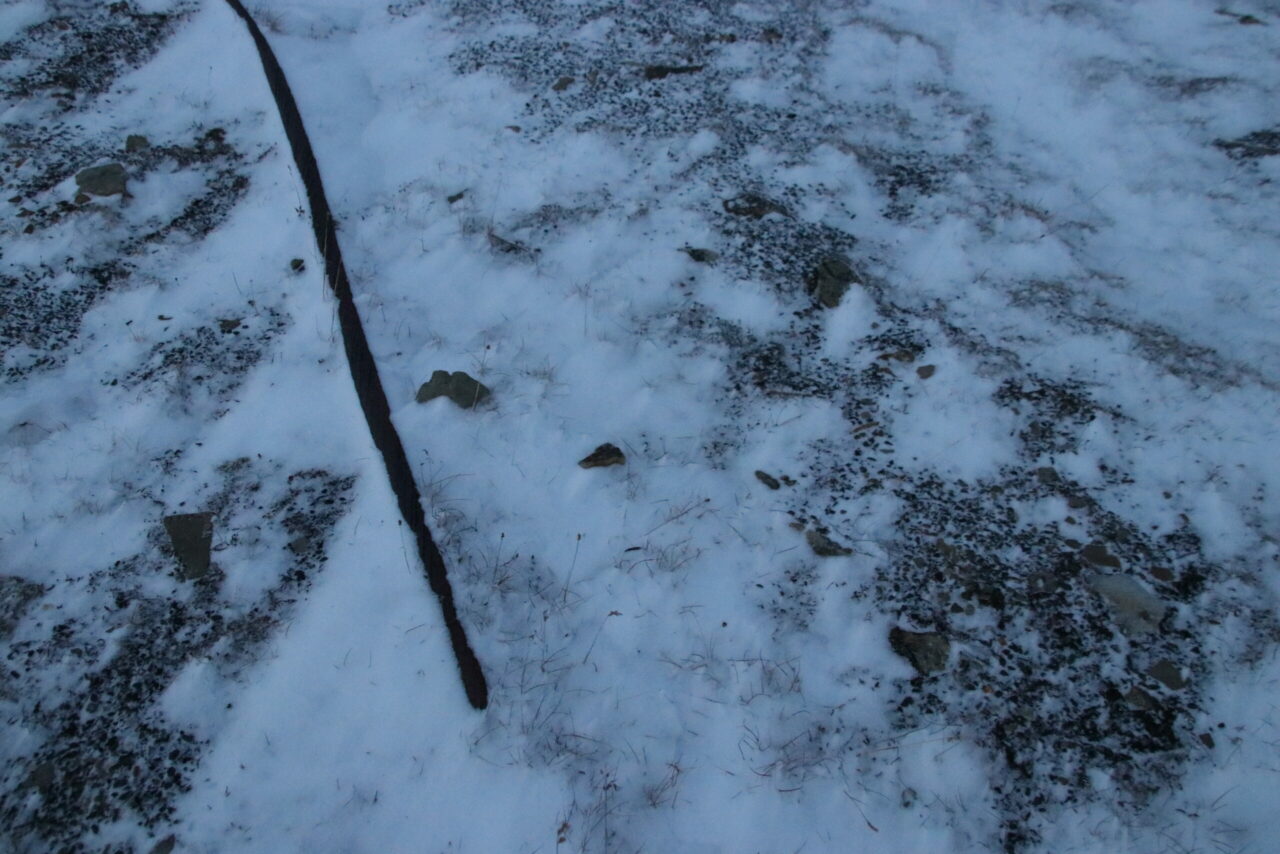 The island of Svalbard is situated in the north of Norway, in the Arctic circle. Since 2004, an internet cable has been set up on its shore and connects the island satellite station with Norway. The melting of the arctic ice accelerated by global warming made it possible. A community of two thousand people live in Longyearbyen, the Norwegian city of the island.

In November 2021 I travelled to Longyearbyen with the aim of getting a better understanding of the issues raised by the internet infrastructure on the island. Afterwards I kept on my research by collecting documents, reading the scientific literature, meeting with artists and scientists, and creating ceramics.

This installation is the result of these investigations.

I used different white clays and glazes to make the ceramics. The white color represents the imaginary nature of the Arctic, the pure snow: the one that I wanted to see by going there. The molded object represents the telecommunication technology. Putting side by side the idealized white and the molded image of technology is an attempt to represent the problematic impacts of human infrastructure on nature.