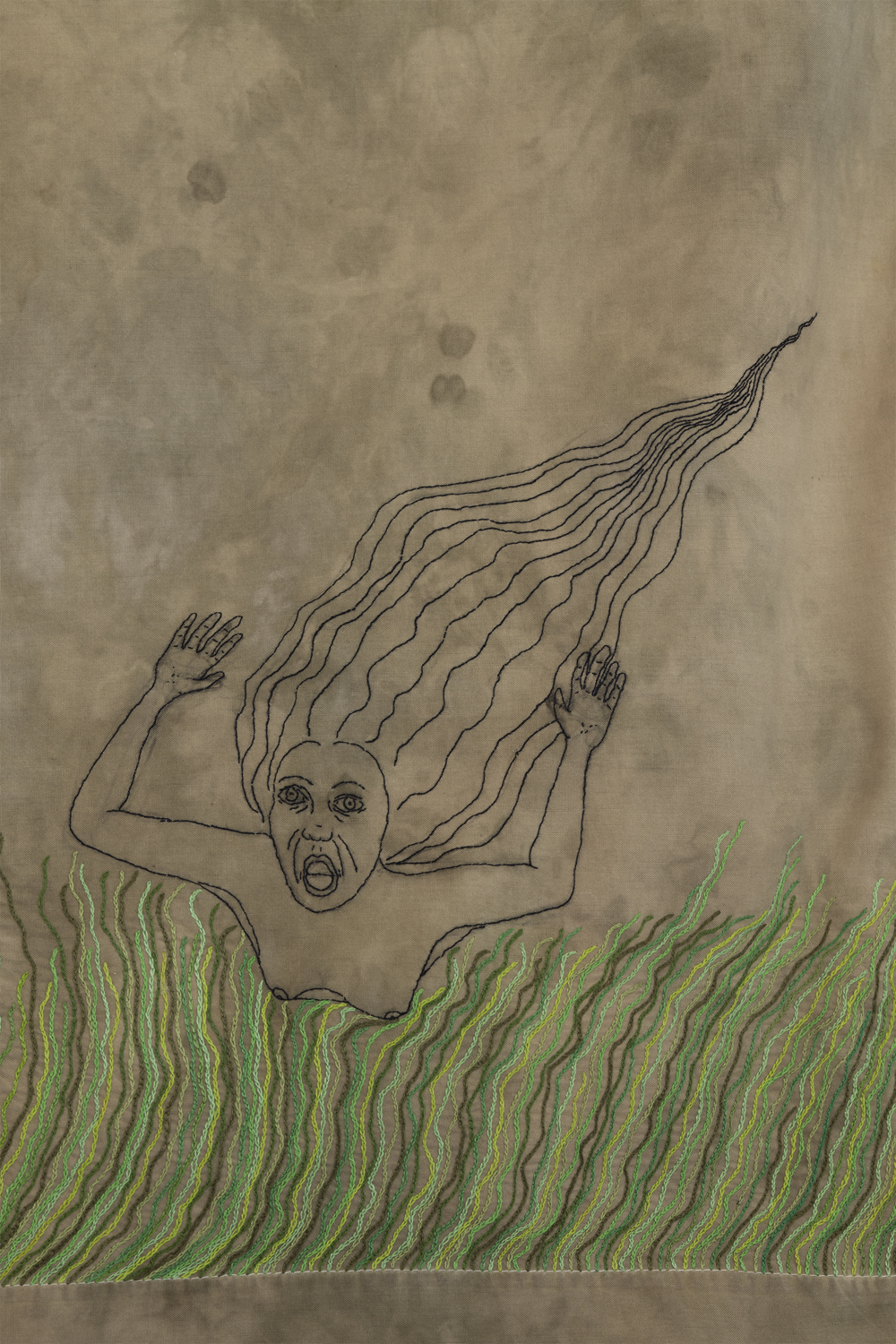 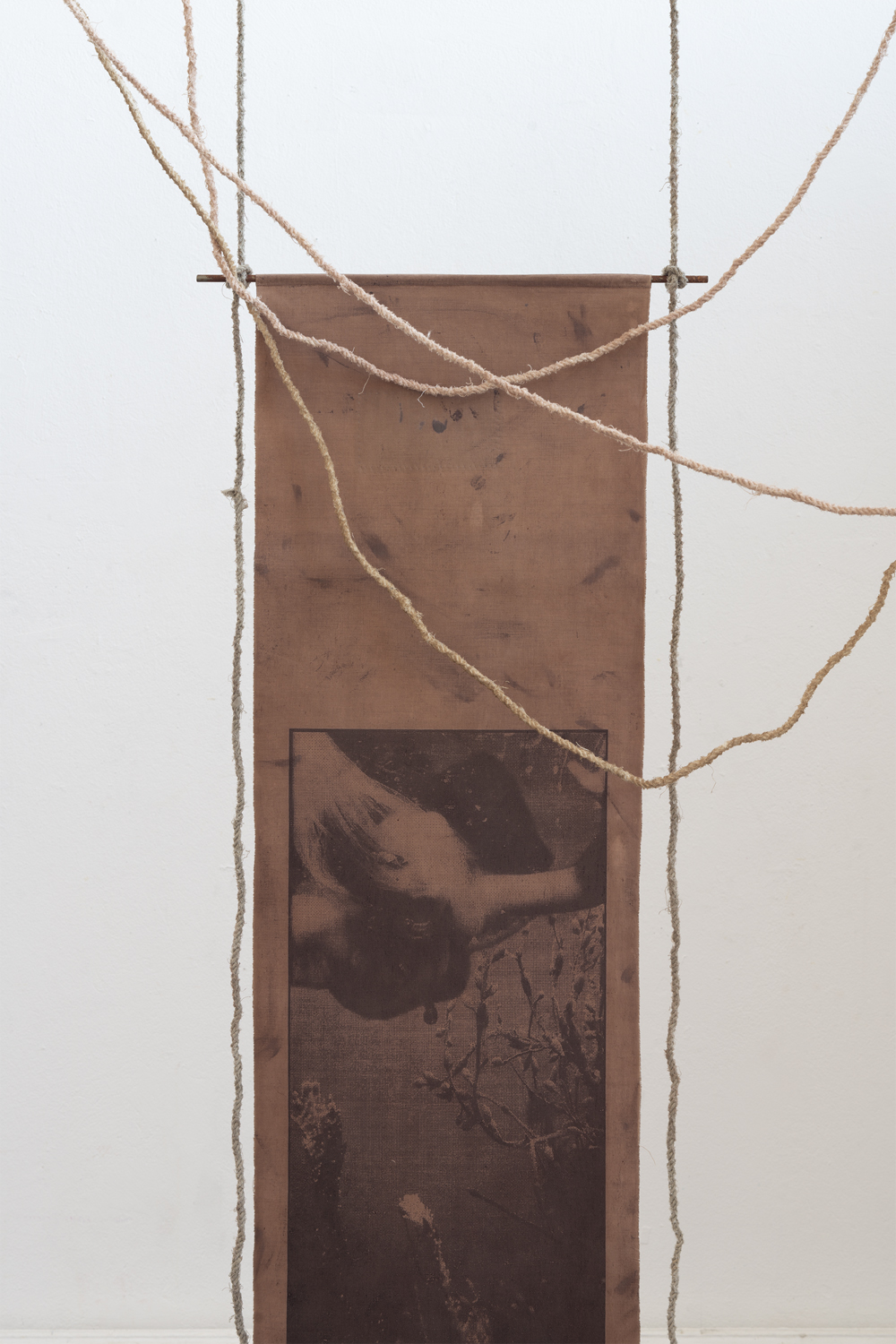 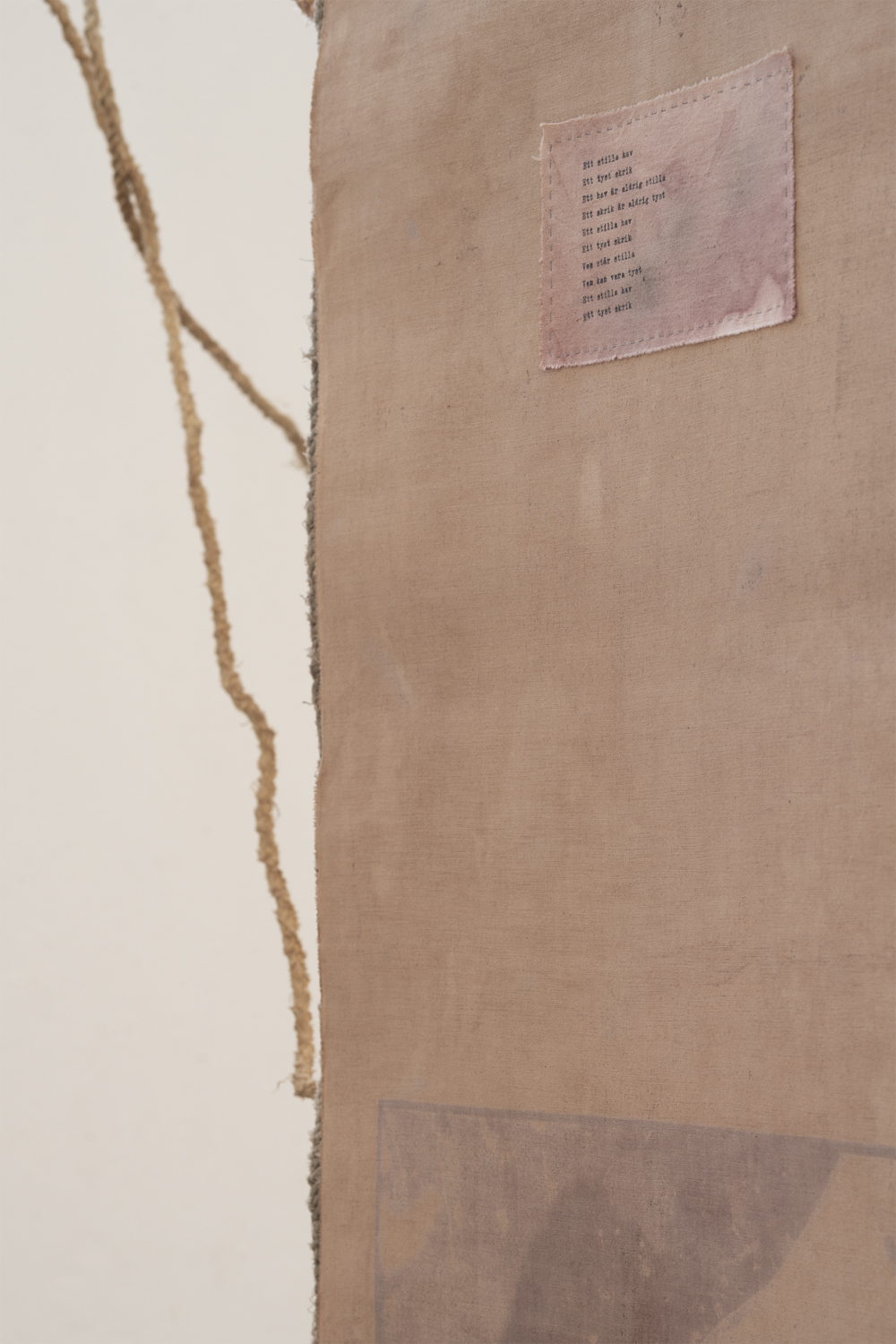 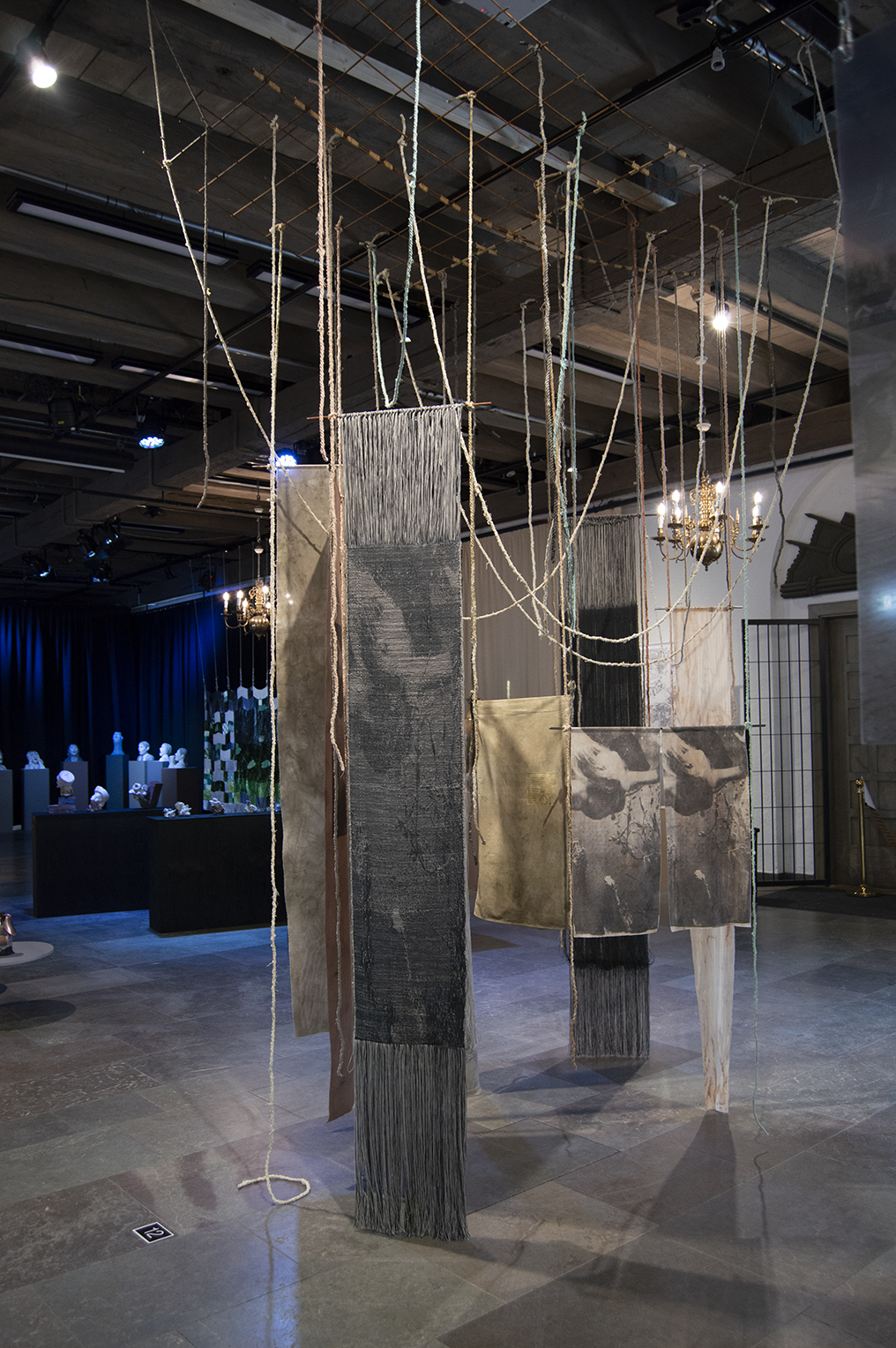 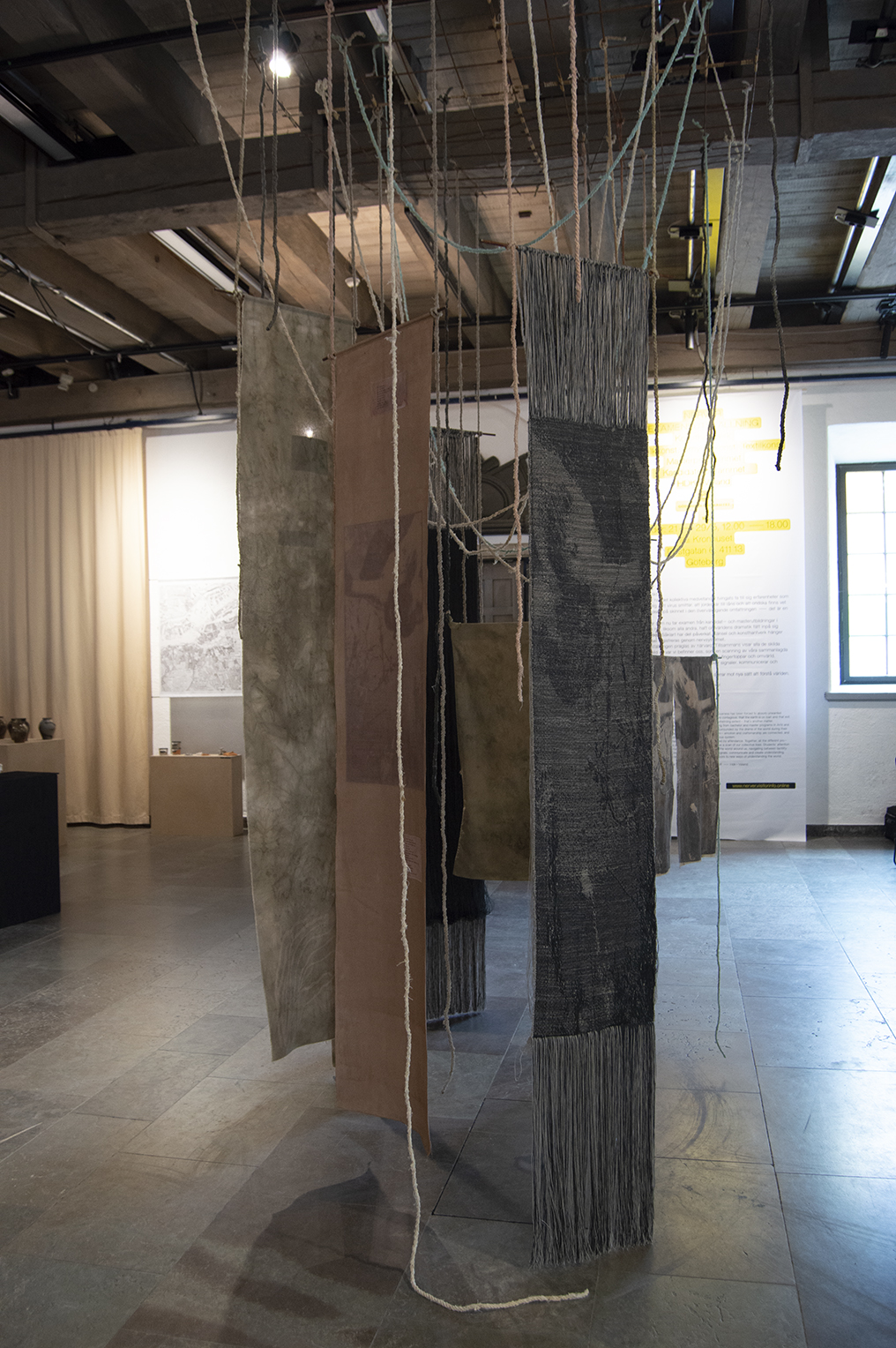 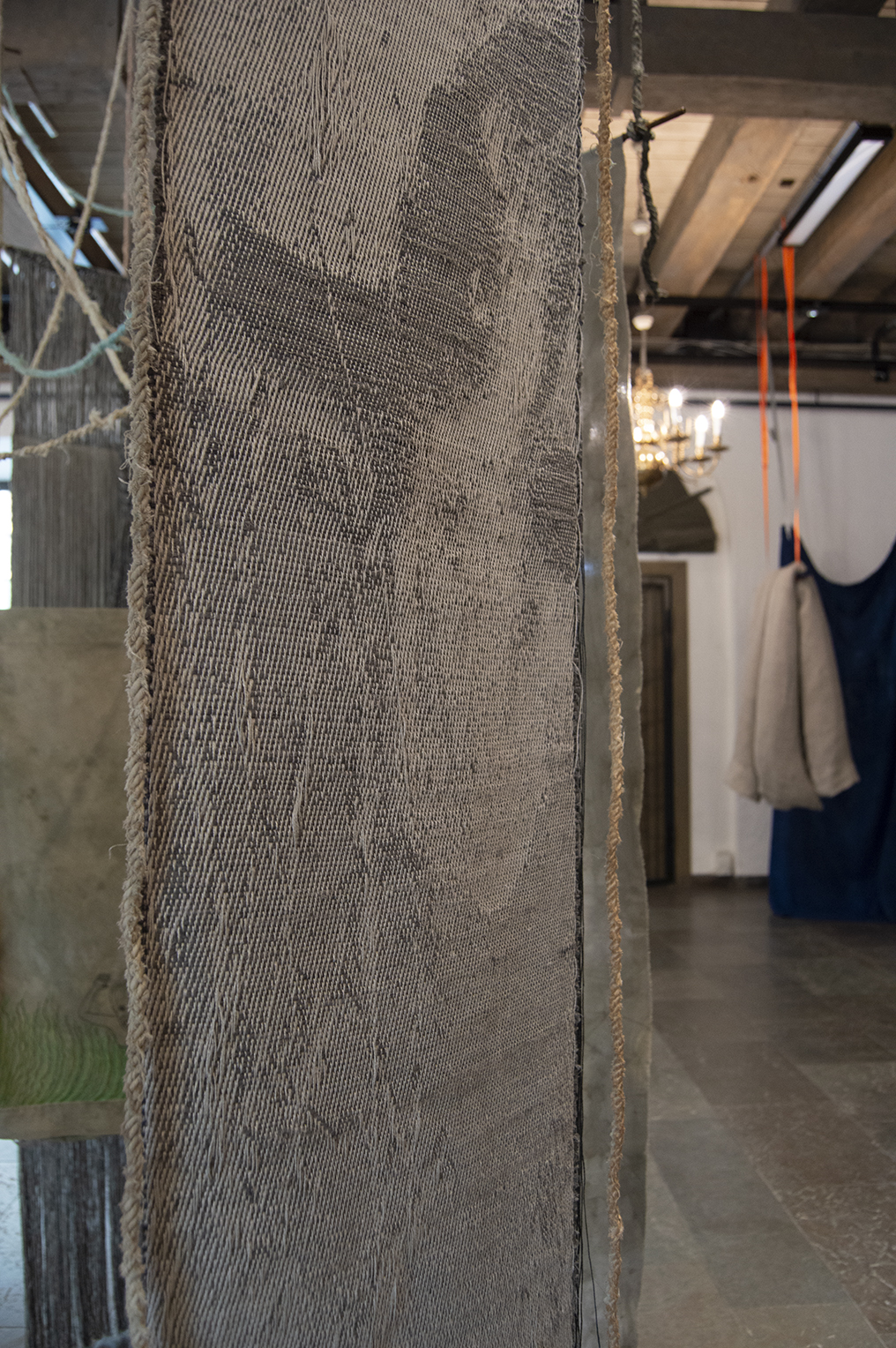 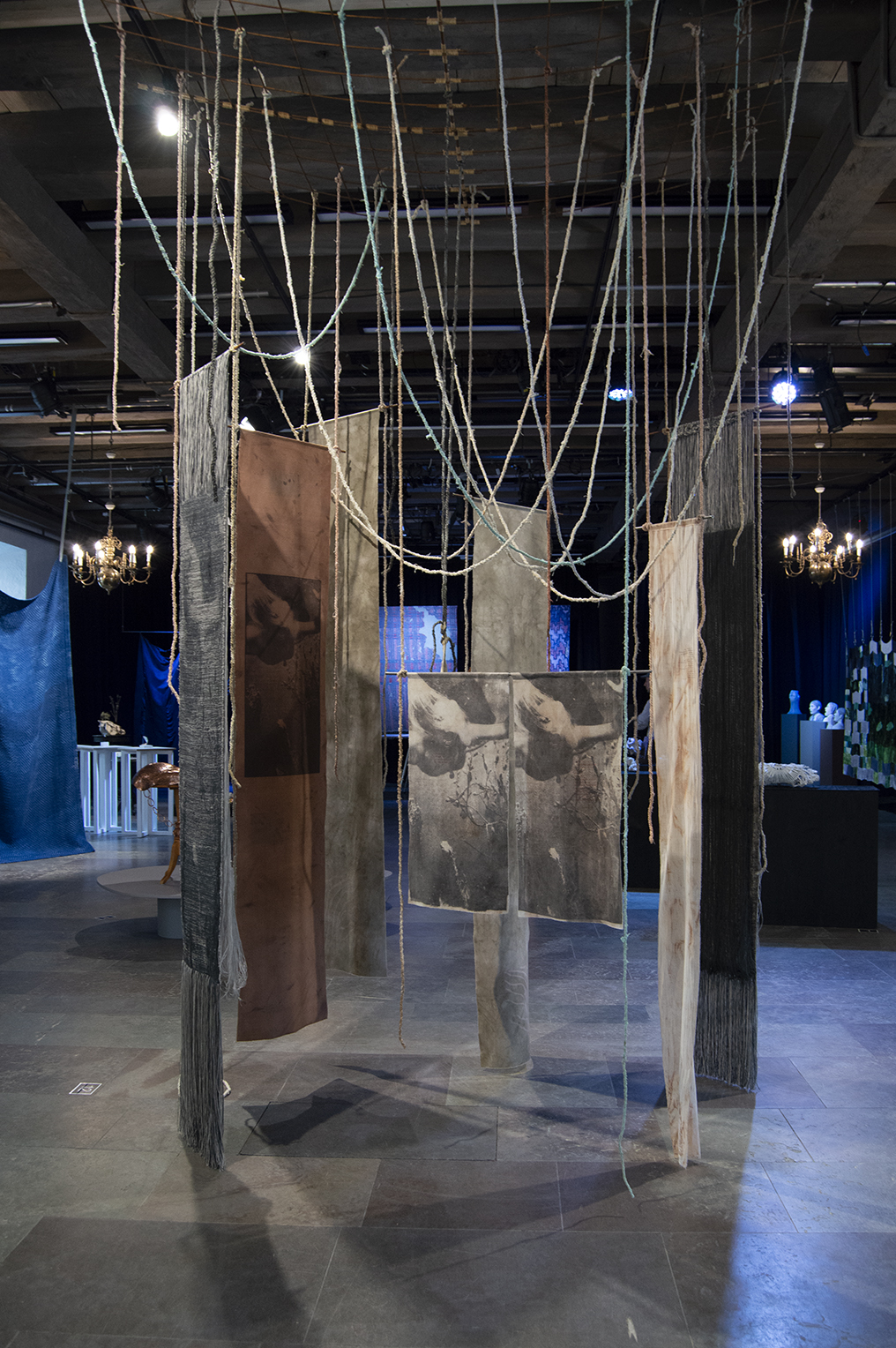 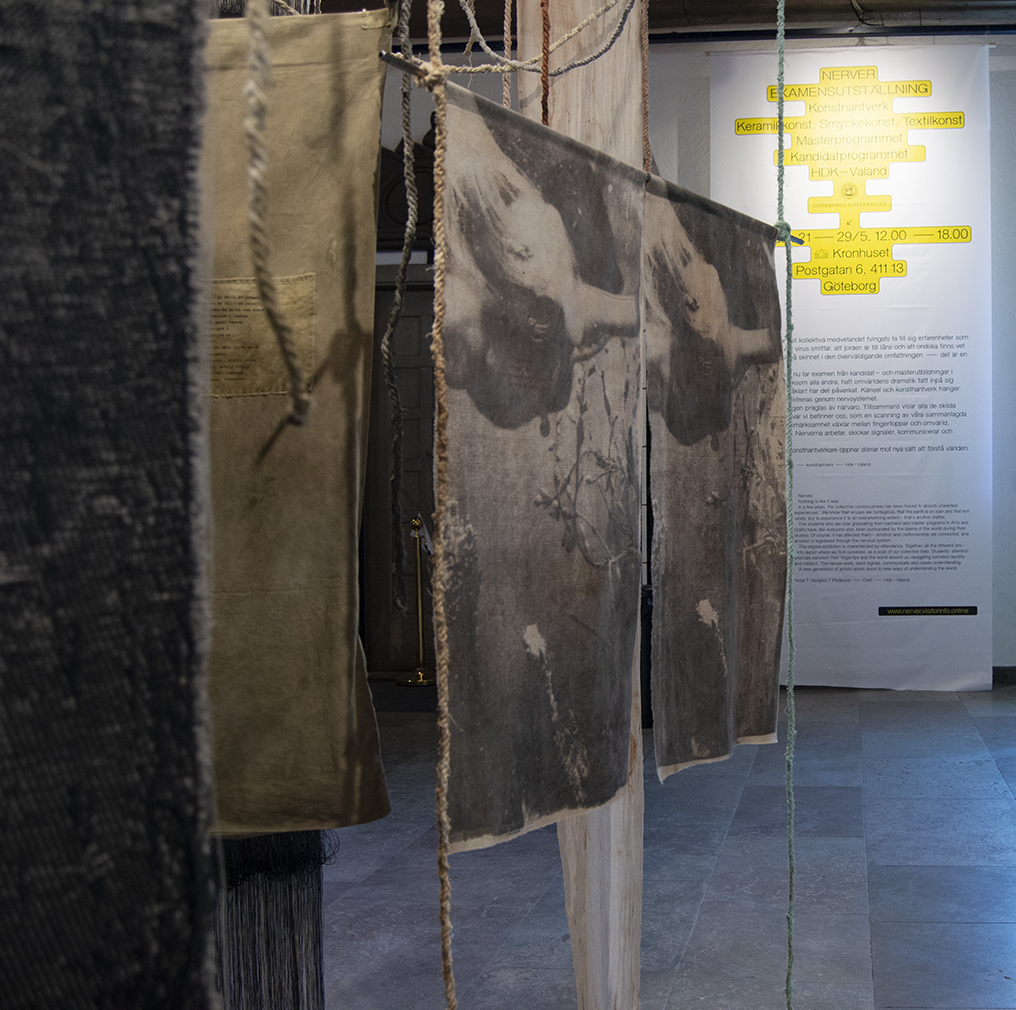 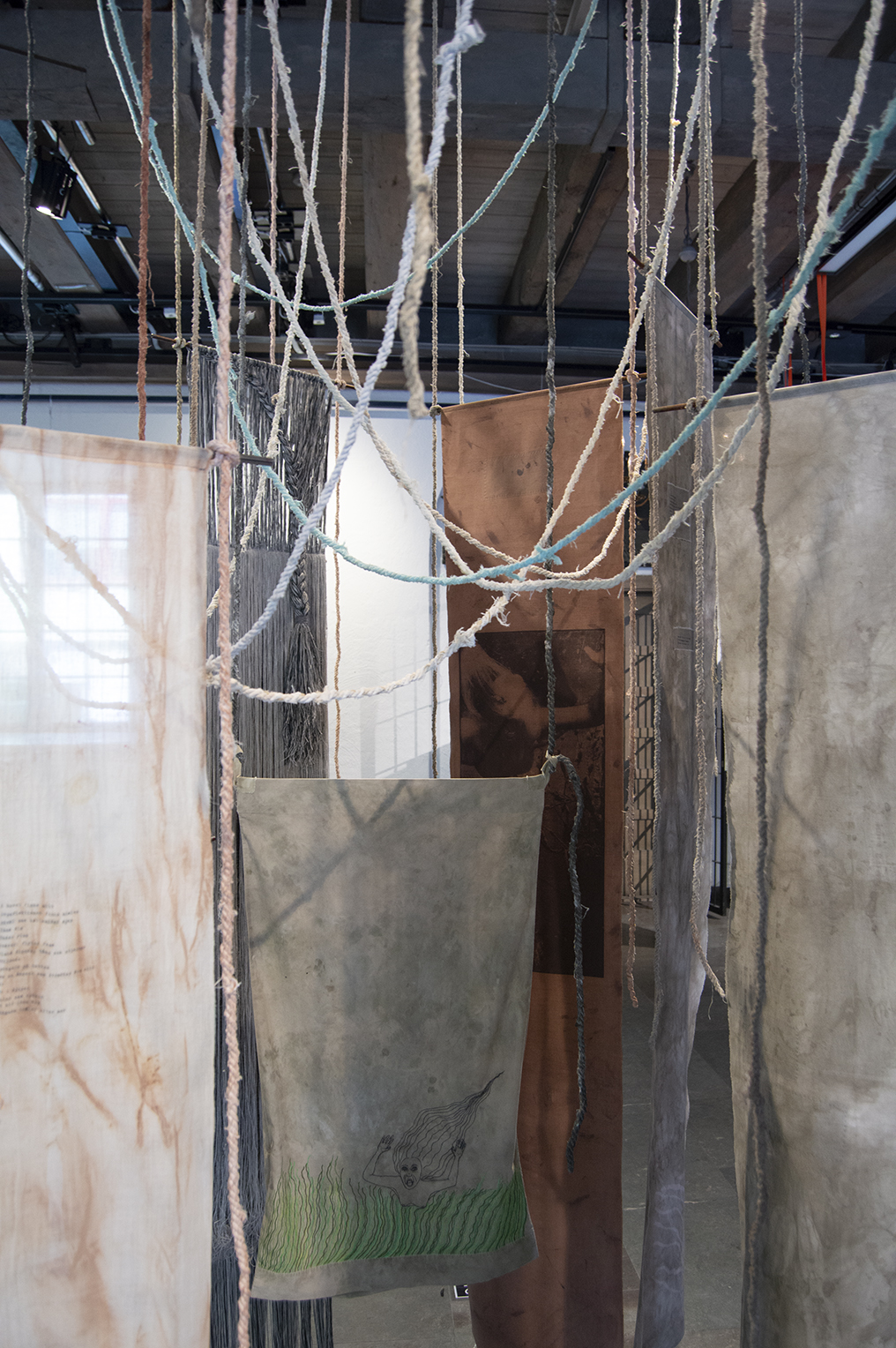 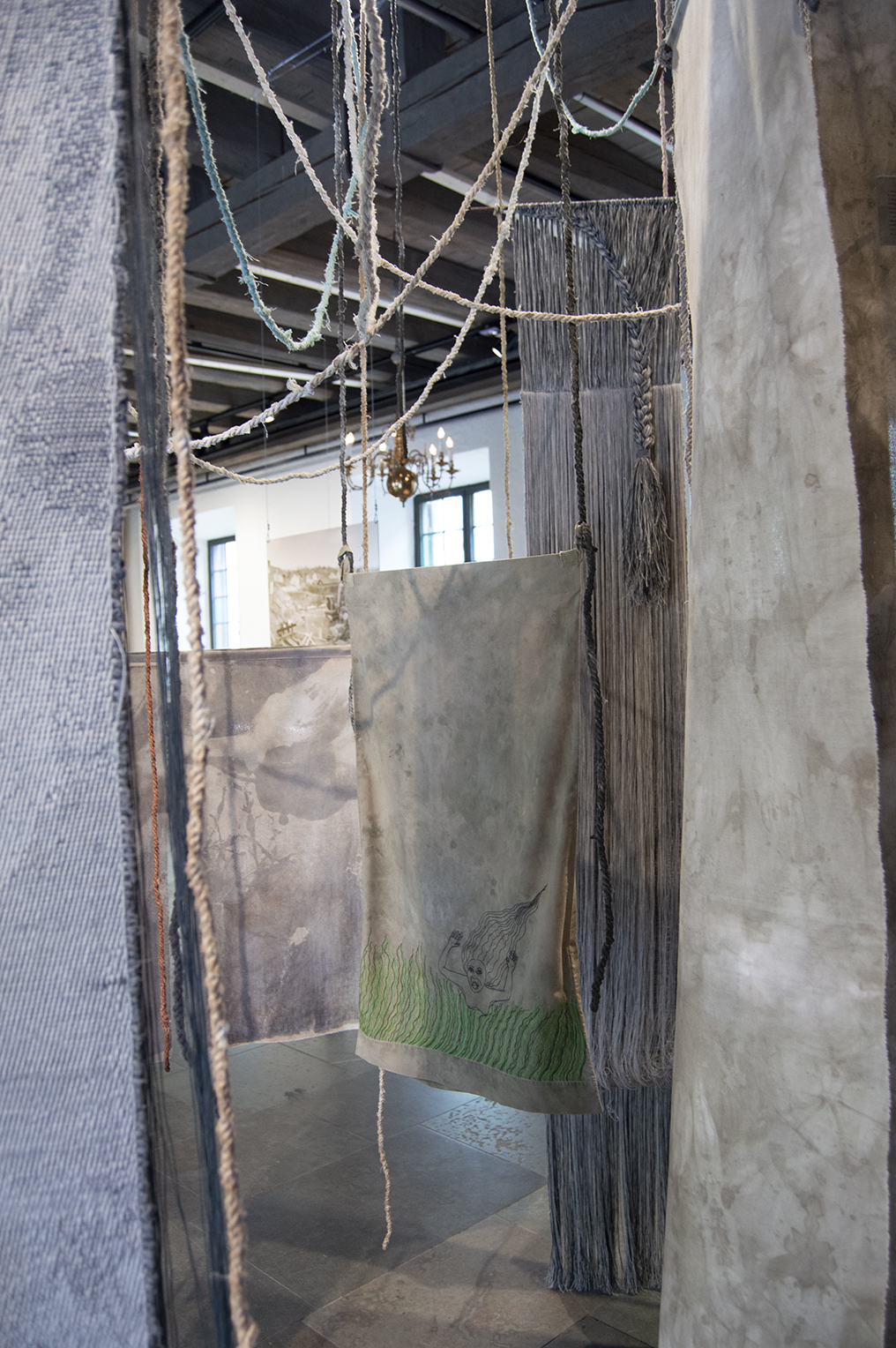 With an installation consisting of screen print, weaves, embroidery and ropes, I want to create a feeling of being in or under something. An ocean or a dream. My fascination and love for the sea goes way back, but there is also an anxiety that is wearing. Like a silent scream. I make ropes from old torn sheets. Like dissolved dreams to anchor in. The dream of the sea is something beautiful that is chafing but the sea as well as the dream is something embracing.

In the sea everything exists
In the reflection is the sky
As well as bottomless depth
Inside you
Under the surface
Floating, flowing forward
Among eelgrass, seaweed and stars
Undulate
Ghost nets on the bottom
Like an anxiety that tries to pull everything
Down
Down in the depths
Thoughts that haunt
Can be dissolved
Ghost nets trawl for more

During my thesis, I have deepened my understanding of the damage ghost nets do and the impact the lack of eelgrass beds have. I navigate between the fascination of the sea and a sadness over the negative impact that humans have on the marine environment. In my work, I have used photographs taken under the sea surface. Using the same combination of photos in both the print and weave, which also reappears in the embroidery. Who does not want to scream under the surface? Below the surface, the sound is softened and turned into air bubbles. Sometimes everything is more visible, sometimes it becomes more diffused. I cannot replant the missing eelgrass beds, instead I embroider one to rest in.