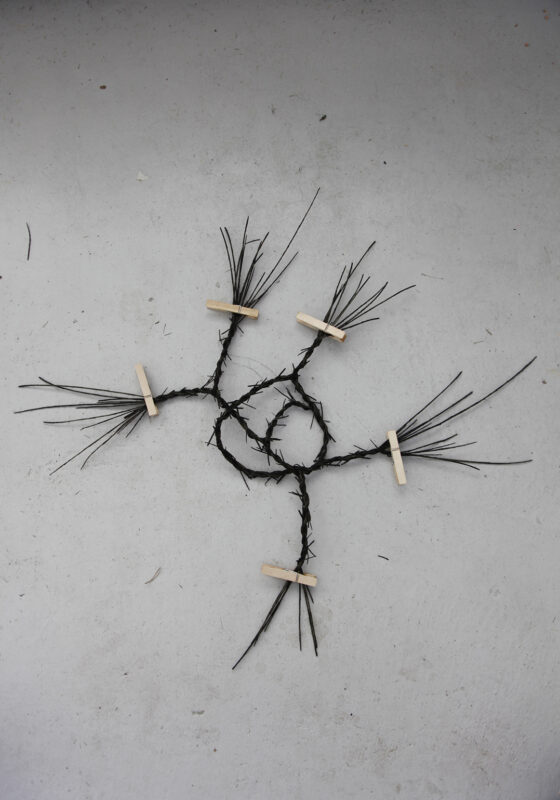 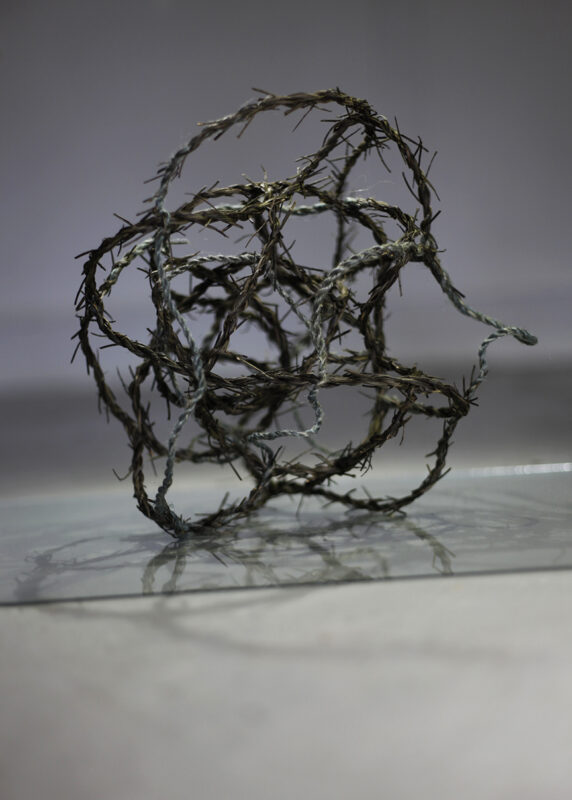 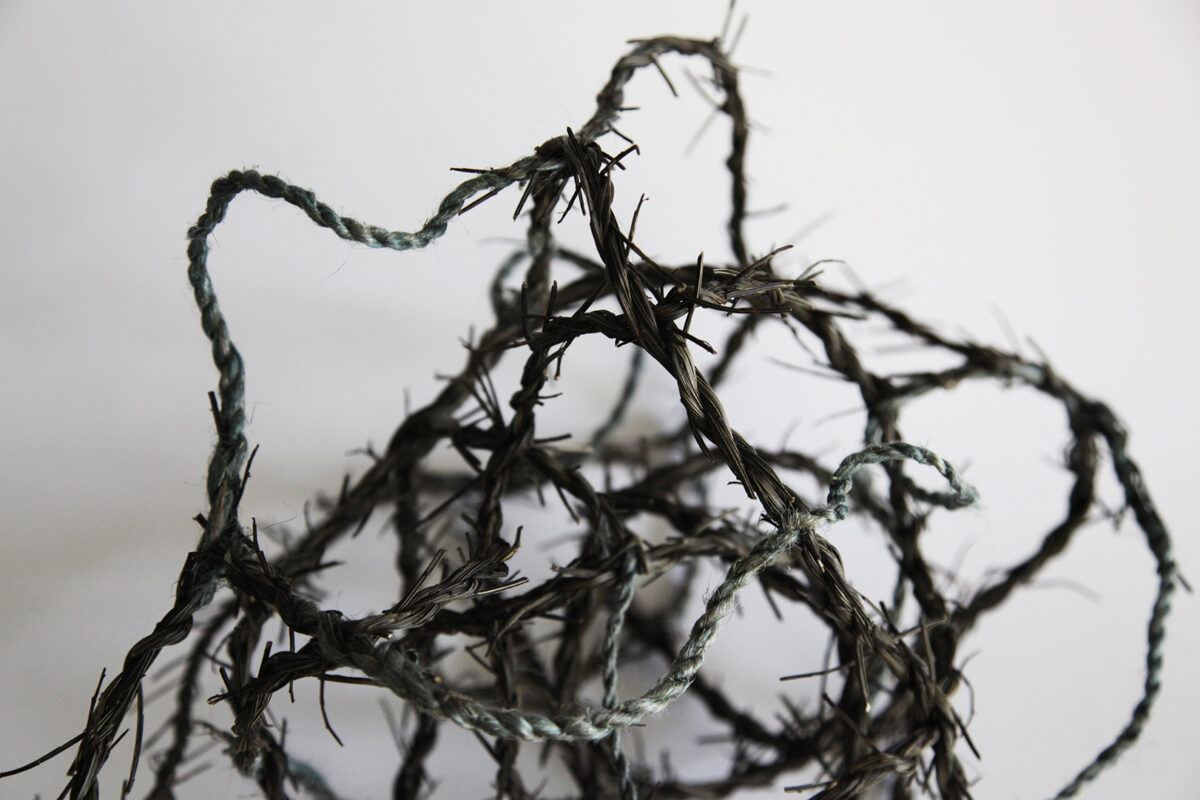 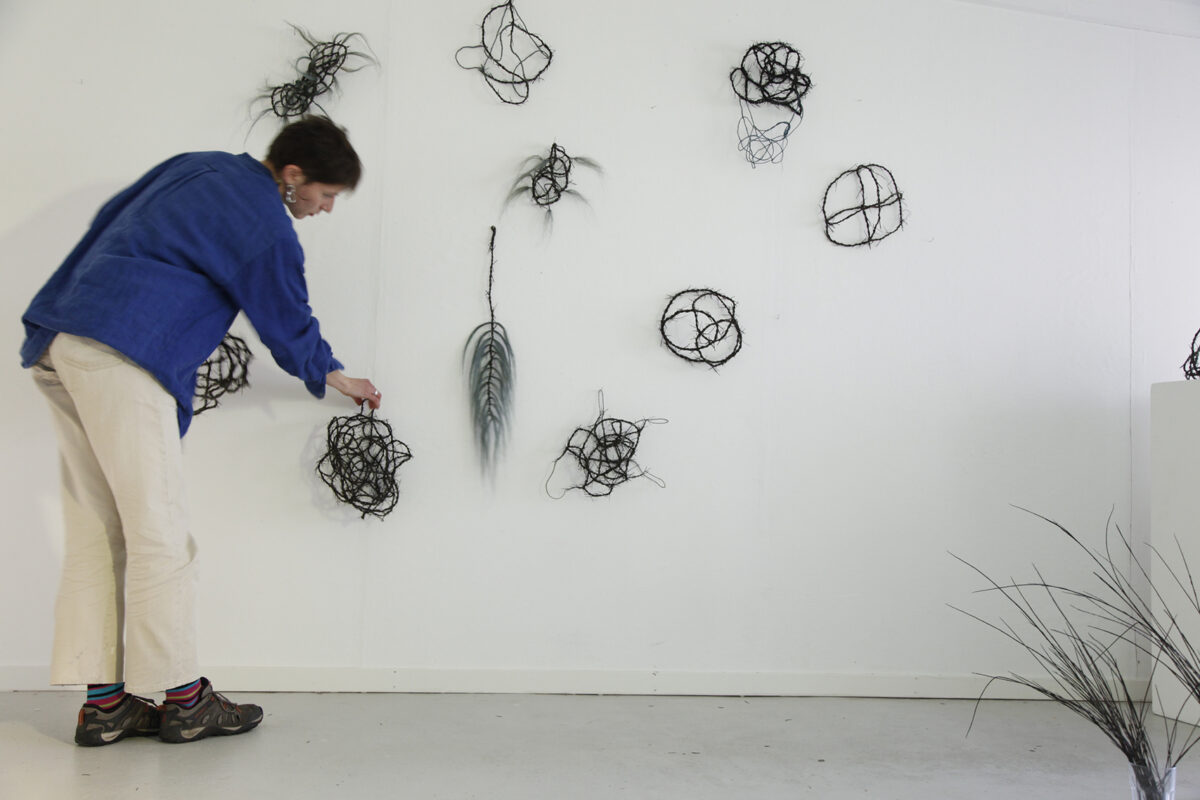 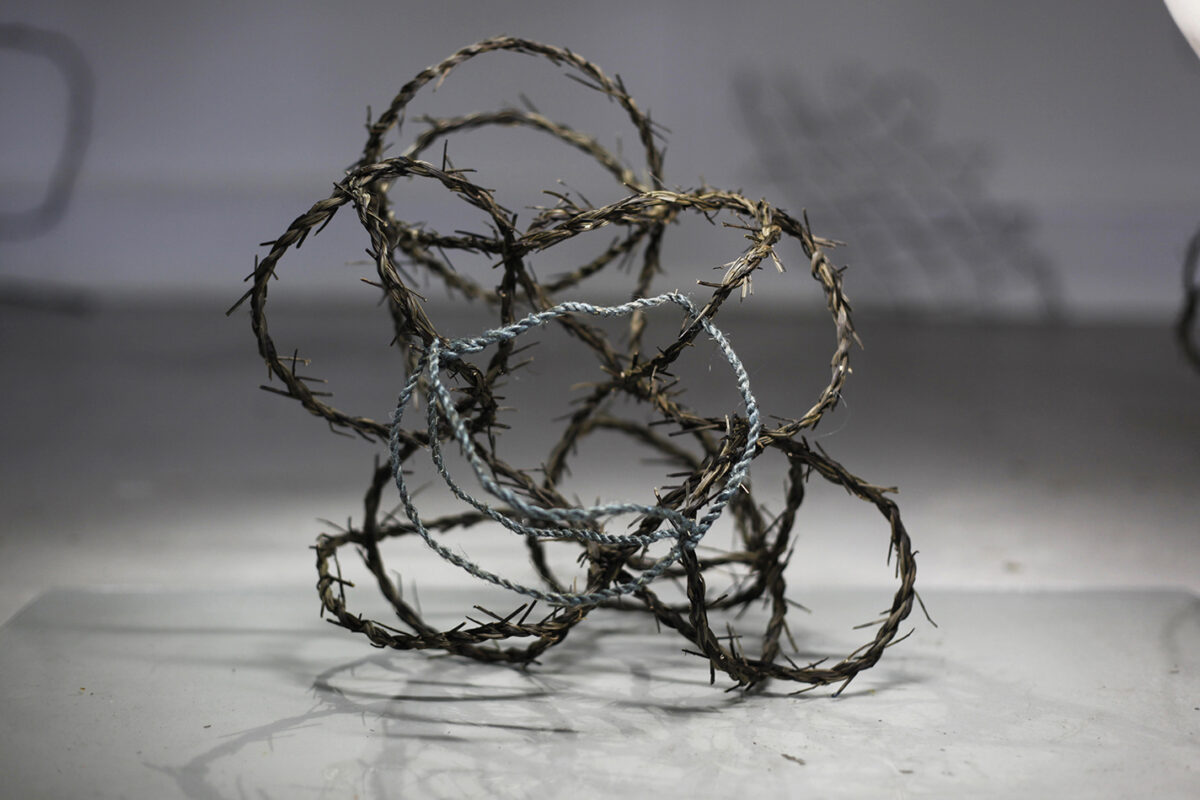 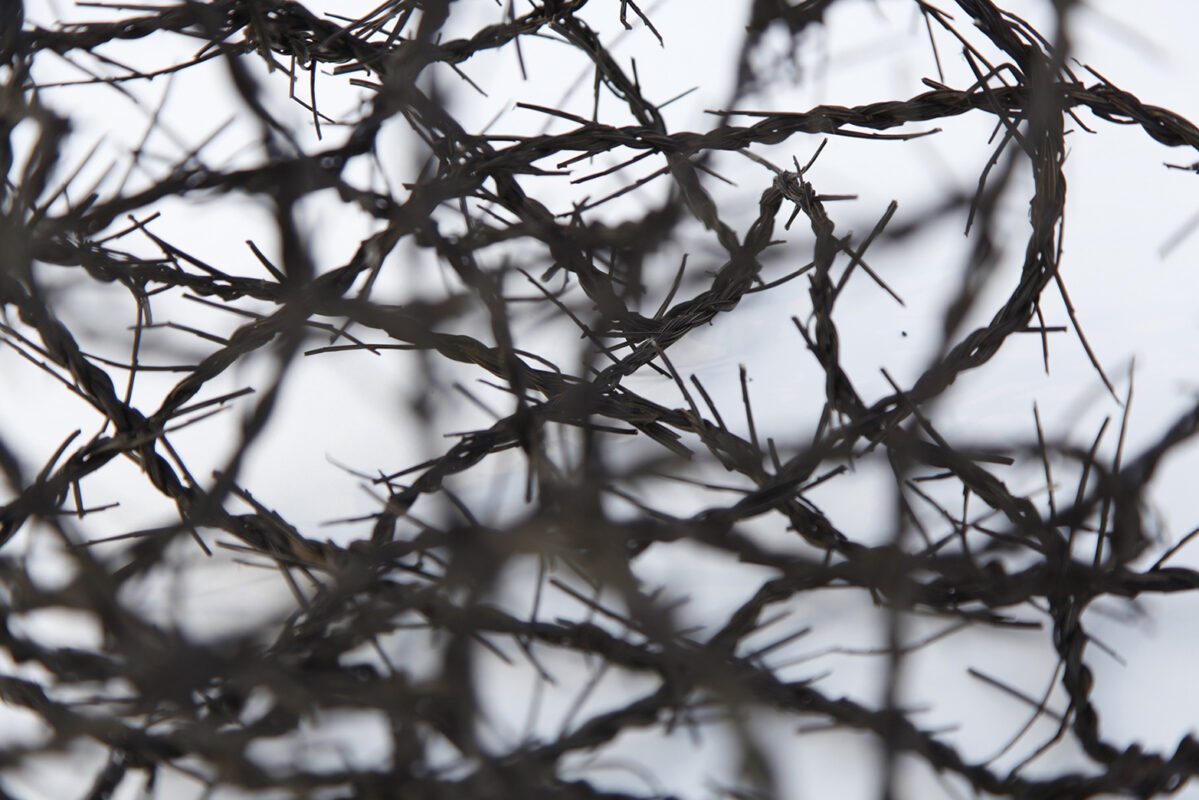 Twining string by hand is a technique dating back to the palaeolithic era. With its technicality came new ways to build, transport and produce clothing.  String also transports the immaterial, the first use is suggested to be of communicative purpose.

Given a subjectivized notion of matter, there are three agents in every dialogue when string is used to communicate.
In this project I turn focus to the transmitter, the ones which become string.

Flax and Common Broom are plants both local to Dals Långed, the two assigned different values by society. The first mentioned praised for its versatile uses, a beloved companion. The latter labeled a weed, people are actively trying to remove it from their environment.

By processing the plants to fiber, I both lean on and contradict traditional textile methods. Producing a string for reasons other than practical ones, in an attempt to raise questions of how and why we value those we share a space with.

How can applying grammar of twining and pattern, combining traditional and untraditional matter, contribute to current conversations?