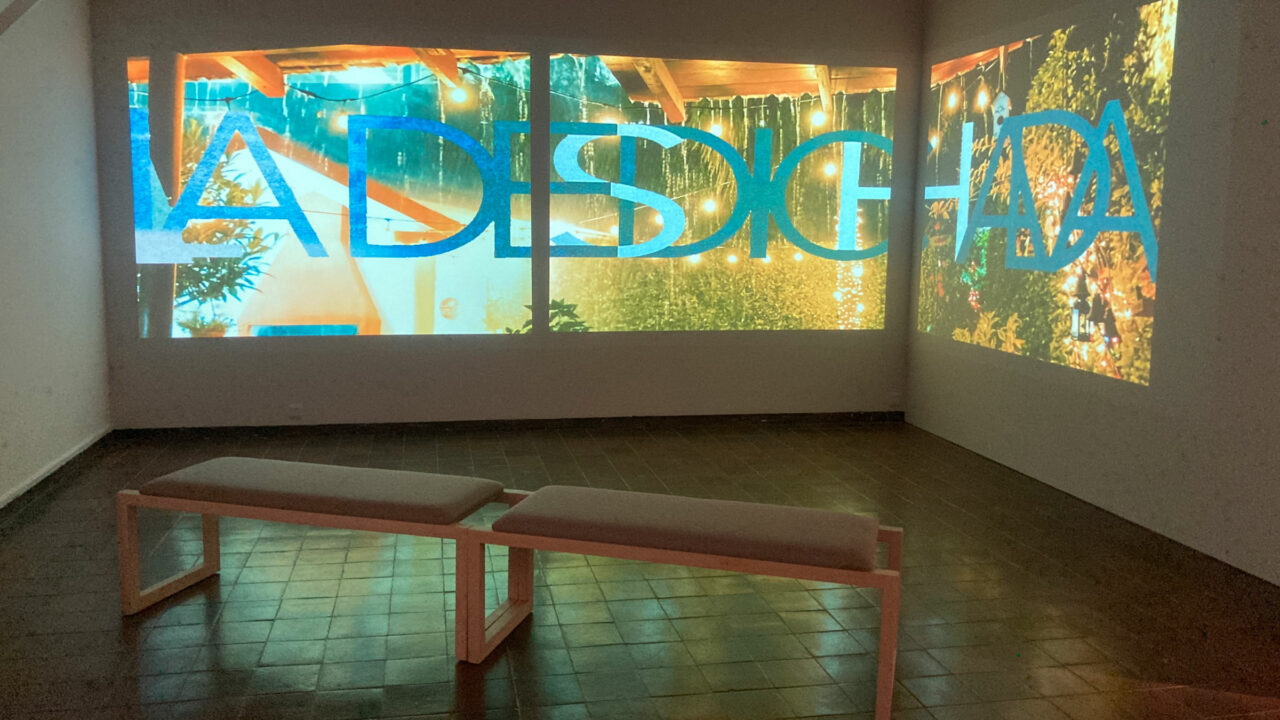 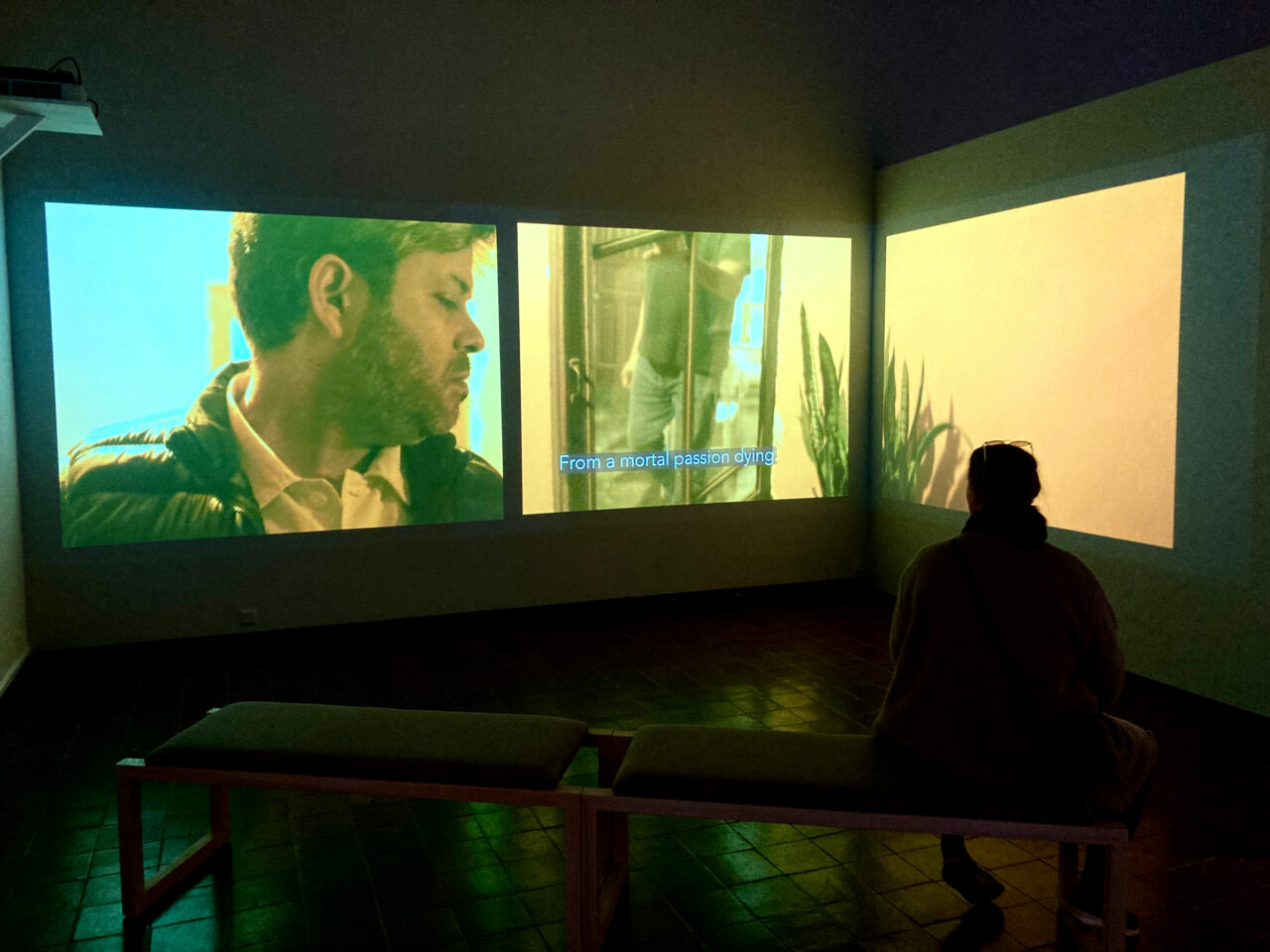 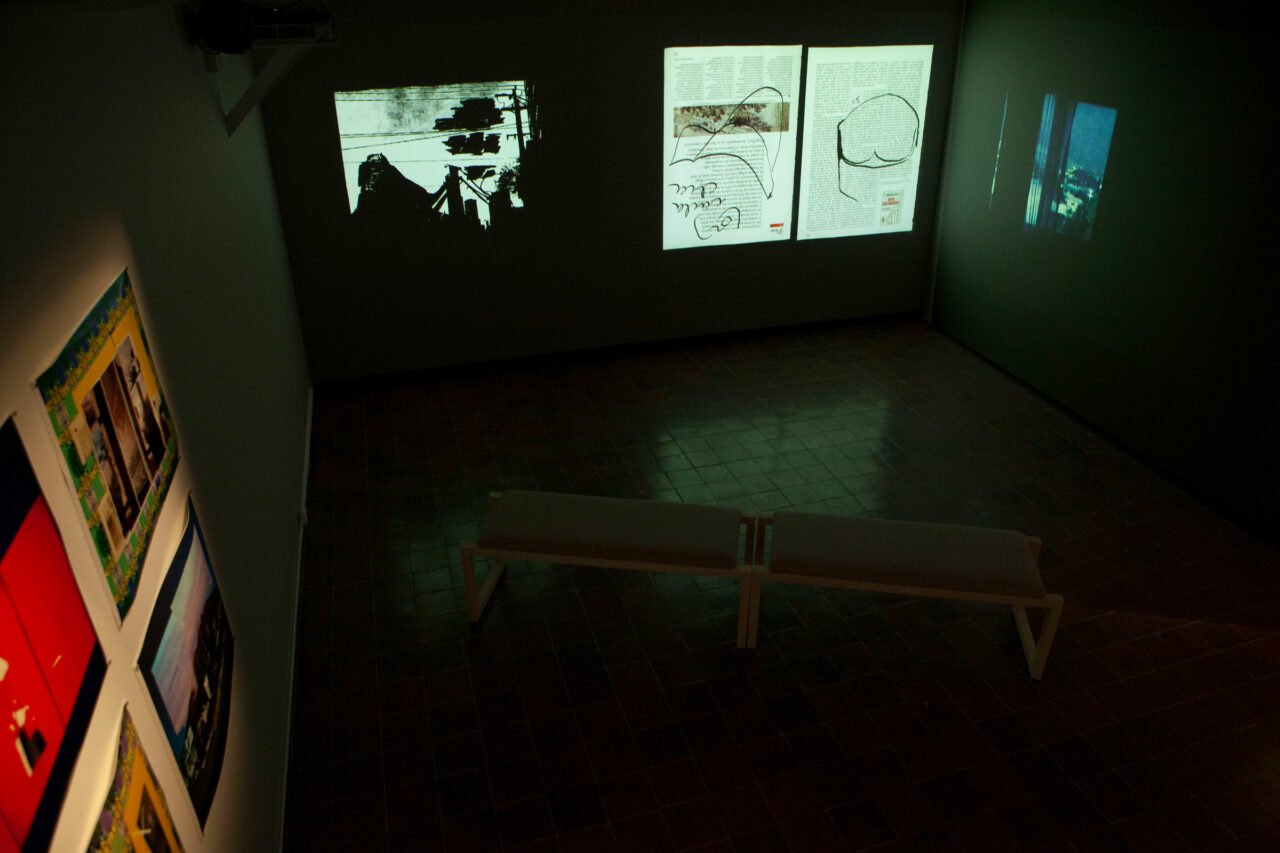 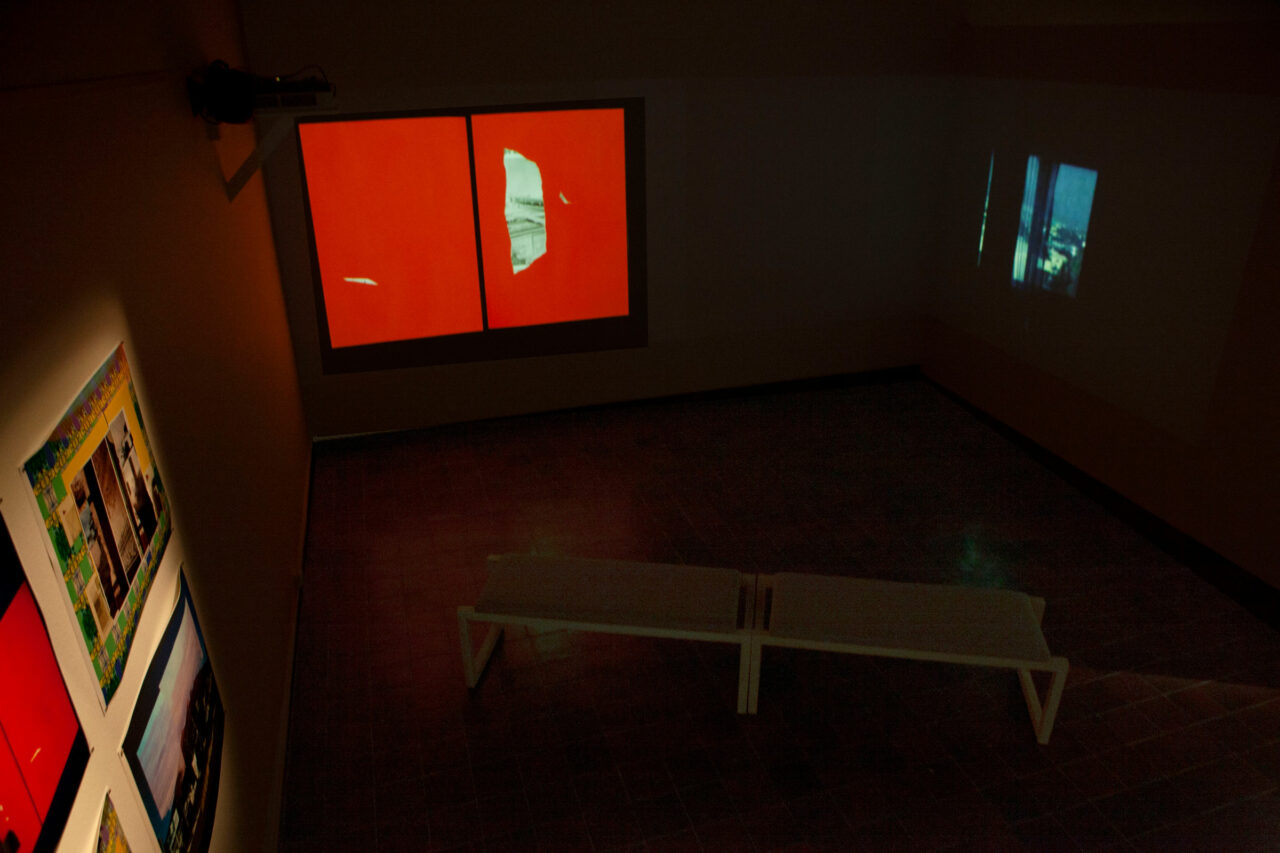 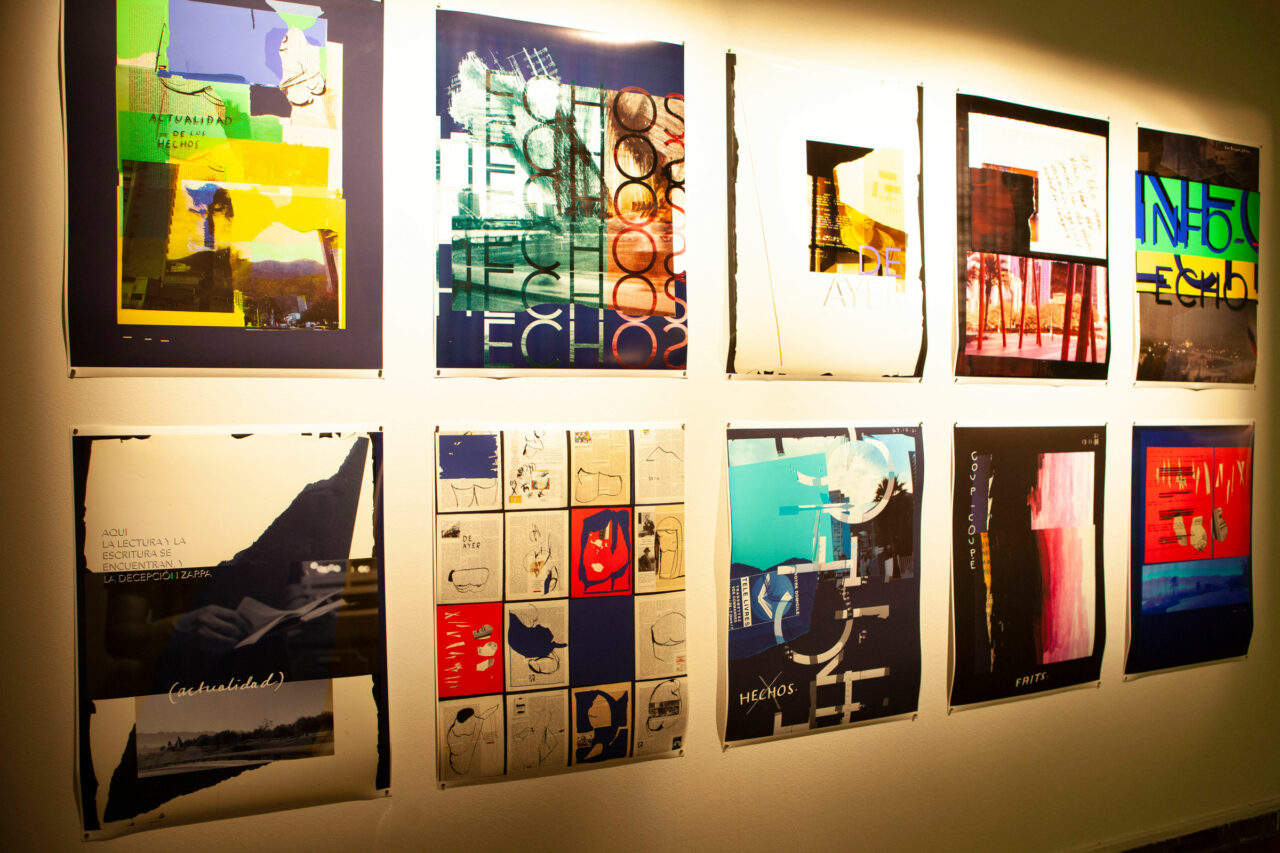 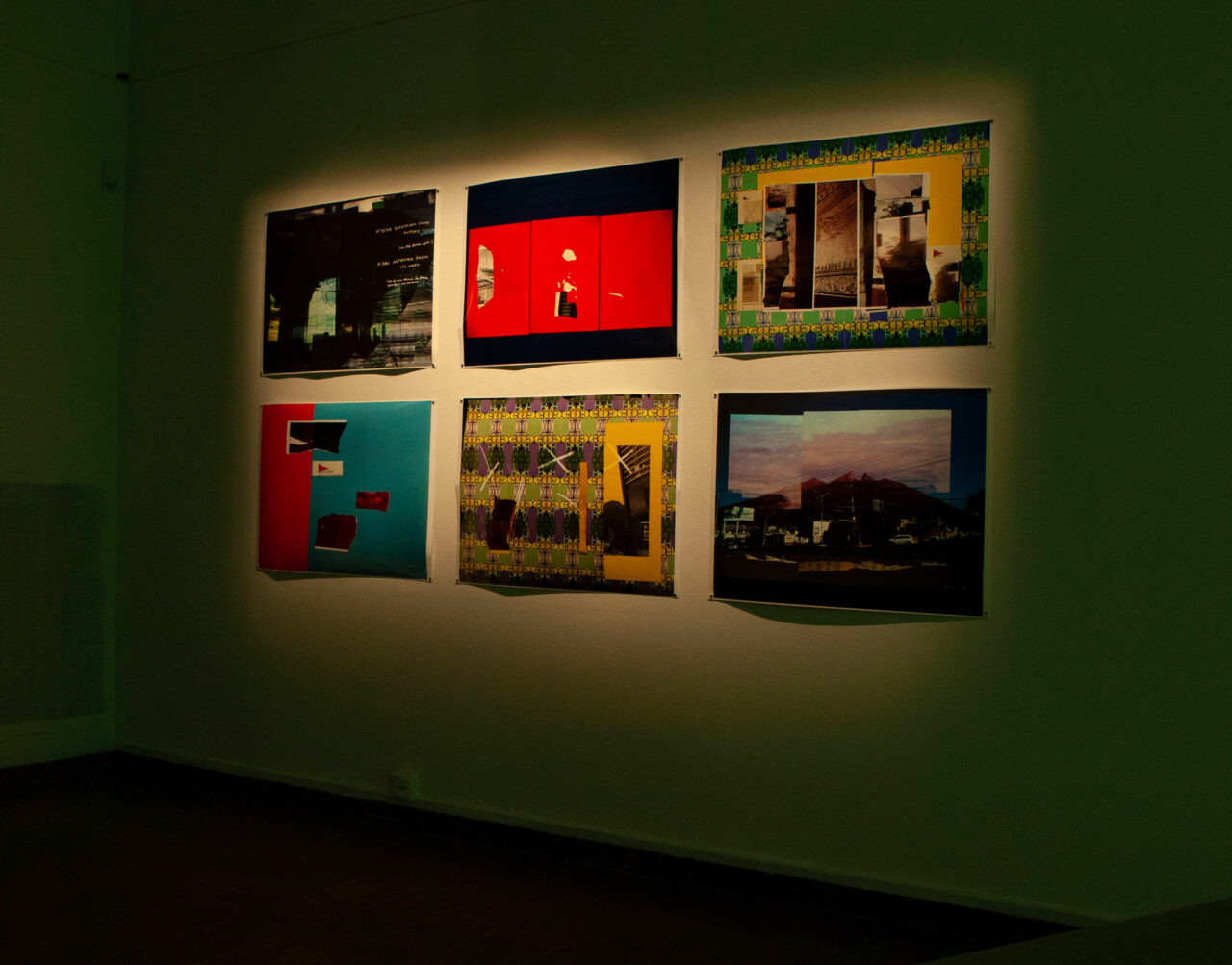 La Desdichada consists of a 3-channel video installation and a series of prints, that draws its inspiration from the Mexican telenovela and other melodramatic modes of narration. It is an exploration of a series of associations on everyday writing, something that takes it cue from the multiple meanings of the word journal: moving between the private (or semi-private) writings of diaries, and the public forms of journalistic writing.

The work took shape using a method of writing or generating a script in constant conflict with itself, unsure of its potential destinations–as television, film, or simply script, as itself. A writing distant from conventional script writing, a kind of collage of quotations and misquotations, pieces of writing, art works, soaps, moving back and forth between the digital and analog: cutting and pasting, scanning and printing, gluing, and perhaps even more often, taping together fragments into different constellations of meaning and association.

The video tells a fragmented story of a brother and a sister unsure what to do with the publishing company (La Desdichada) they inherit after their father dies.